I am attempting my first use of the modeler from the Graphical Modeler from the Processing menu in QGIS. I made a simple model for cliping species data by sanctuary.It has two Vector Inputs, uses some different algorithms (buffer, Union, intersect etc).

I want the model to iterate over one layer. I would do this using the button "iterate over this layer" once you start the model. is there a better way to do so? for example it would be nice to iterate not over each Feature (geometry) of the layer but over each value of an Attribute (so if there's two Features with the same value in a given Attribute it would run it in one go and therefore only one Output file would be generated).

Second Question goes to file naming the Outputs: I would like the Output files to be named after the above mentioned value of a chosen Attribute. is there a way to so? 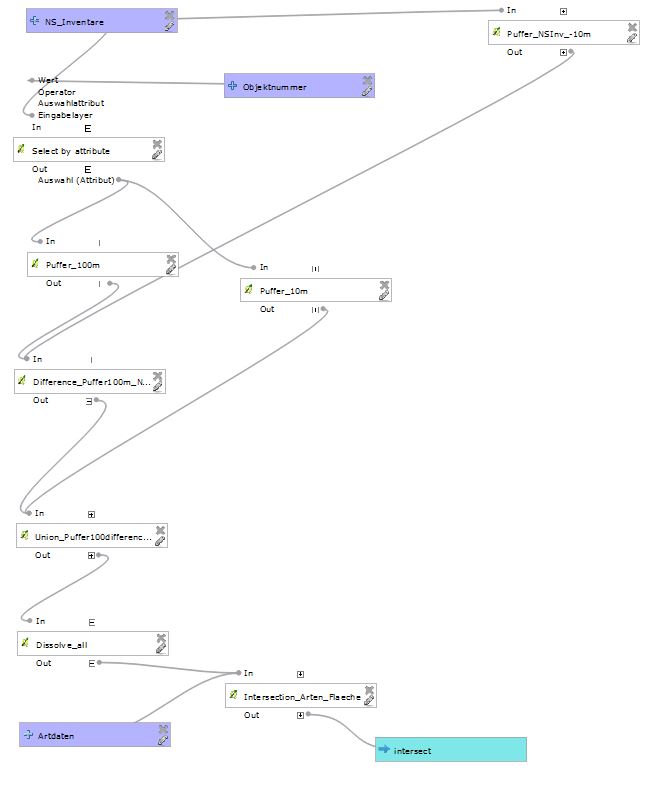 With batch process, you can enter the attribute of selection (Objektnummer) and named your files with the same attribut. The batch processing interface

Not the answer you're looking for? Browse other questions tagged qgis qgis-modeler iteration or ask your own question.