Create raster out of overlapping buffers within the same shapefile in QGIS 3.0

This question has been asked before but none of the provided solutions work for me.

I have a bunch of points. Around the points I have created buffers which overlap to differing degrees. 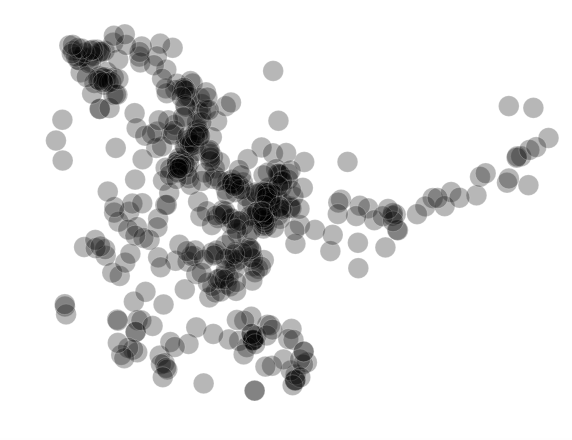 Each buffer has a feature value of 1, and I would like to add these feature values together where the buffers overlap, like in the image below. 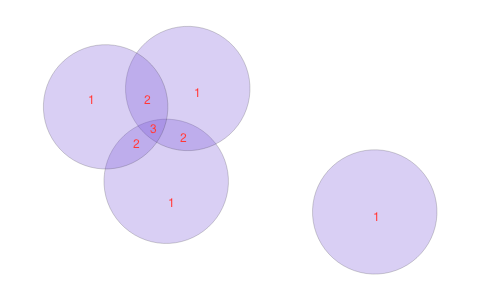 From these new intersecting fields I want to create a raster with the feature count as the burn-in value.

With both these methods I used count() in the field calculator to calculate the number of buffers that intersect each buffer.

The problem with this method is that it does not cut out new fields where the buffers intersect and count their overlapping features. It just sums the features of the buffers that are touching. This is what the raster output looks like: 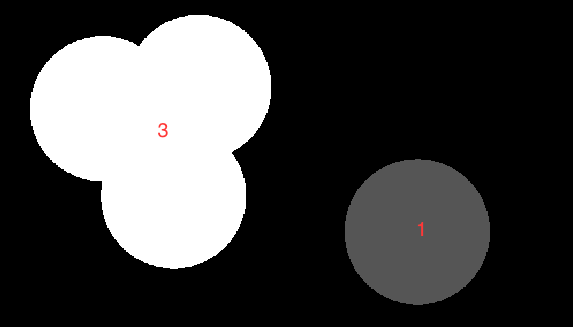 Supposedly one can do this using the Sextante plugin but it does not seem to be available for QGIS 3.0. Another option would be to use QGIS Processing Toolbox | SAGA | Vector polygon tools | Polygon self-intersection as suggested here: How to sum up values of overlapping polygons in QGIS?

but in QGIS 3.0 I cannot choose an attribute table field as the identifier, only a layer. When I try to run Polygon self-intersection with the buffer layer as both the Polygons layer and the Identifier layer I get "TypeError: must be str, not bytes" and "UnicodeEncodeError: 'ascii' codec can't encode character '\xf6' in position 166: ordinal not in range(128)".

Is there another way of creating a raster from overlapping features within the same shapefile in QGIS or can I improve what I have already tried?

I was able to achieve this in QGIS 3.2 using the following work flow. There's a few steps involved and several processing algorithms all from the processing toolbox. For the layers produced in the intermediate steps below, I would recommend keeping them as temporary layers rather saving to file. 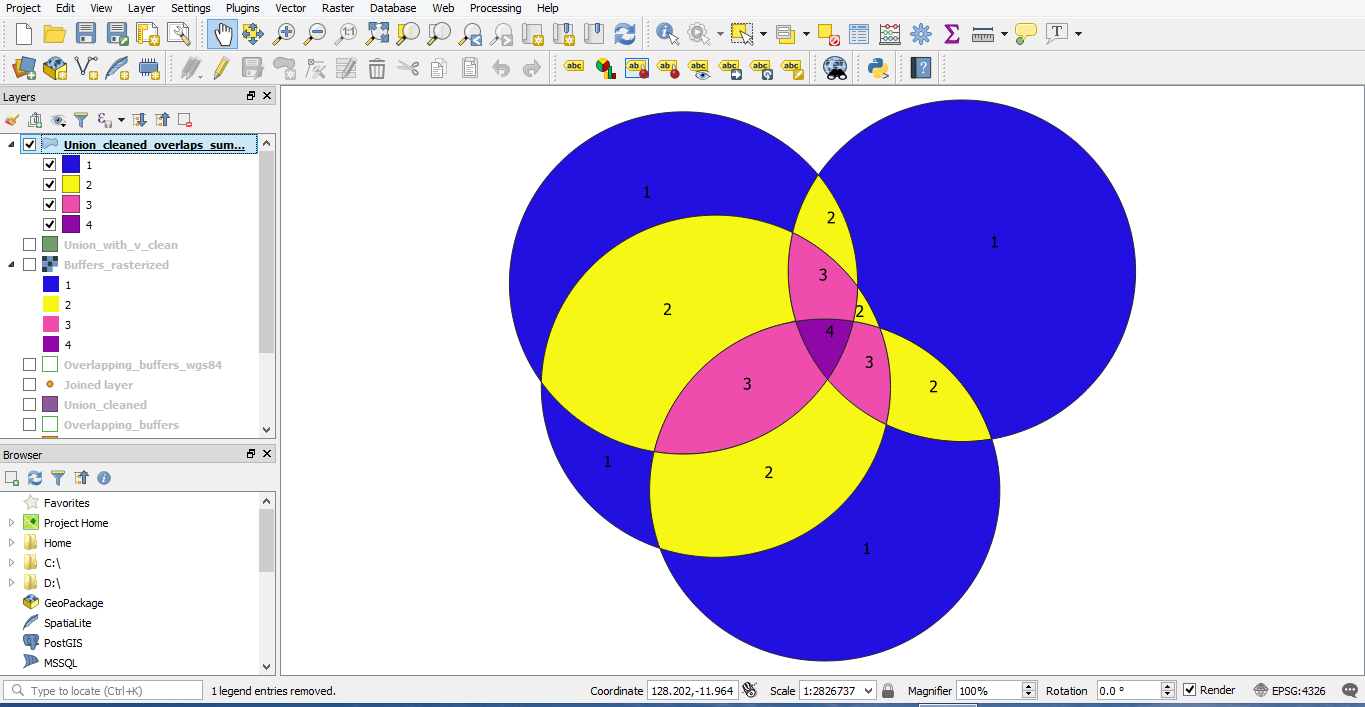 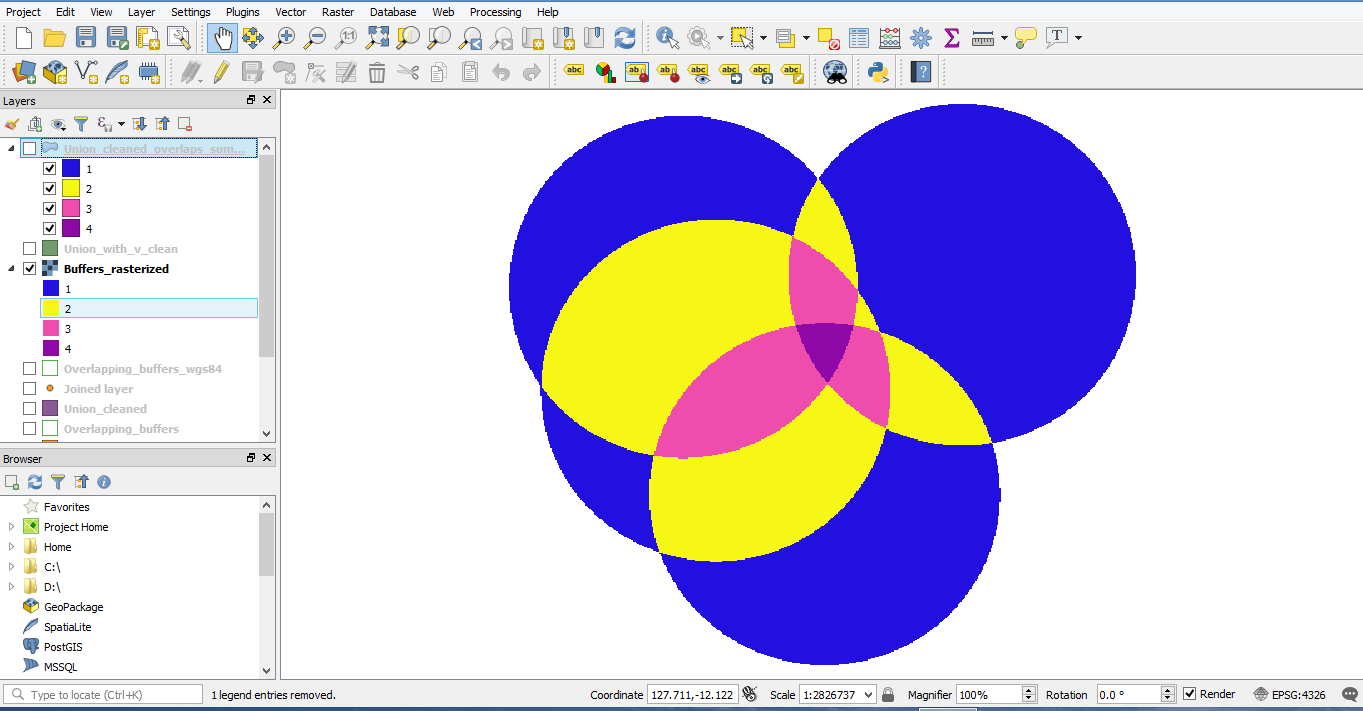