Tracking a vehicle without GPS device

We are planning to write an application which have to track the user driving in his truck in the cities like New York city accurate upto which lane he was driving on. In the cities with those tall buildings, its not possible to get good GPS signal. So we are planning to use hardwares with accelerometers and magnetometers sensors to make up for the lost GPS signals. We tried with some Android tablets, but the sensors are not accurate enough. Right now we are going to try some hardwares from Trimble with geo position correction and motions sensors.

So any kind of suggestions on tracking a vehicle without a GPS device is welcome.

GPS do not fail that badly with tall buildings, I have plenty of running assets in packed cities with perfect tracing. These skyscrapers actually reflect the signal in a convenient way for GPS.

Accelerometers do not give positions away and their accuracy is debatable, Detecting the difference between a starting , a running engine and a door that gets slam shut twice is tricky.

The real problem is interference, having an extra TomTom on board over your tracking GPS antenna is much more problematic. Plenty of devices that disturb this.

The best solution is to use an external antenna on the rooftop. As long as the runtime calculation tables stay intact and therefore should usually very fast be able to establish a fix again whenever the situation needs one.

All the other sensors like digital compass, magneto, vibration, acceleration etc are handy to know the state the vehicle is in (moving / non moving / engine running etc). And this in turn can be used to request coordinates to create events. Either it be GPS lat/lon or LAC/CELL information from GSM.

Just in case you absolutely do not want GPS your only other option is to use a inertial navigation method instead. 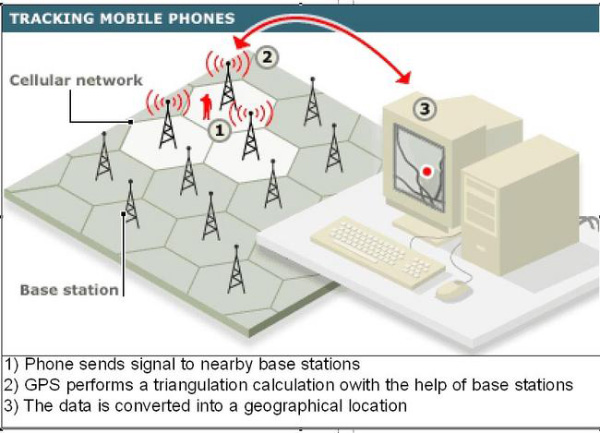 You might want to use nearby cell towers and wifi base stations to establish the position of the vehicle. As mentioned in a previous answer, SkyHook provides this kind of service, and both major smartphone platforms (Android and iOS) have this capability built in. (As for Android, it is part of the proprietary Google package, and not in the open-source AOSP code). Non-commercial implementations of such services include Mozilla Location Service, OpenCellID and OpenBmap.

Bear in mind the constraints of these services:

In conclusion, you do not want to drop GPS altogether. A better approach would be to fuse position readings from both sources, giving higher weight to more accurate estimates. Also, getting one of the more recent receivers, which rely not only on GPS but also GLONASS and Beidou (its Russian and Chinese counterparts), will somewhat mitigate the precision and availability issues of older GPS-only receivers. Also, as mentioned in another answer, make sure you get a good signal and minimize interference – a roof antenna will give you better results than the internal antenna of the GPS receiver.

Inertial navigation using sensors may help you to further refine position estimates. The sensors found in most consumer devices (smartphones and tablets) are notoriously inaccurate. If you want to equip a fleet with tracking technology, sensors which are mounted in the vehicle and properly calibrated will give you more accurate results.

Having somewhat accurate values for speed and bearing, you can then extrapolate from the last known position.

Still, inertial navigation is prone to error (which accumulates over time), thus you'll want to fuse it with data from the "primary" location sources or use it to fill in the gaps when nothing else is available.

All of this will still give you GPS-grade accuracy. A good GPS under decent conditions will be accurate to about 1 or 2 lane widths. YMMV and will certainly be less favorable in densely built-up areas. If you need accuracy down to the lane the vehicle is on, you will need to install a camera (or even multiple ones), use pattern recognition to detect lane markings, and from that infer which lane the vehicle is on.

user149408user149408
25122 silver badges88 bronze badges
Add a comment  |
-2
Want to improve this post? Provide detailed answers to this question, including citations and an explanation of why your answer is correct. Answers without enough detail may be edited or deleted.

Not the answer you're looking for? Browse other questions tagged gps assisted-gps or ask your own question.