I have a stream layer for a watershed. These streams are topologically correct where each line's geometry stores the correct flow direction and each end connects to the start of the next downstream end. I am able to create a geometric network from these lines and execute an upstream trace on these data.

I also have a distribute of points (parcel centers with data) and I need to connect these points to the lines such that the points are coincident with the lines. I generated a near table and used XY to Line to create line from each point to the stream lines. I have manually copied and pasted the point-lines-to-stream-lines data into the original stream network. I have split the original stream at the intersection of the point-lines-to-stream-lines data. I have snapped data to ensure connectivity. I can build a geometric network from these data without error but when I run a trace upstream accumulation on the resulting network only the original stream geometry gets selected. I have included two images. The first image shows an example of the resulting stream data (blue arrows), the coincident points are shown in red, and the geometric network flags are shown in blue. The second image shows the result of the upstream accumulation output and the un-highlighted lines are the connections that I added.

Why can I not trace the point-lines-to-stream-lines data in my geometric network?

Note, If I use select by location tools I can get a selection from the point-to-stream lines. 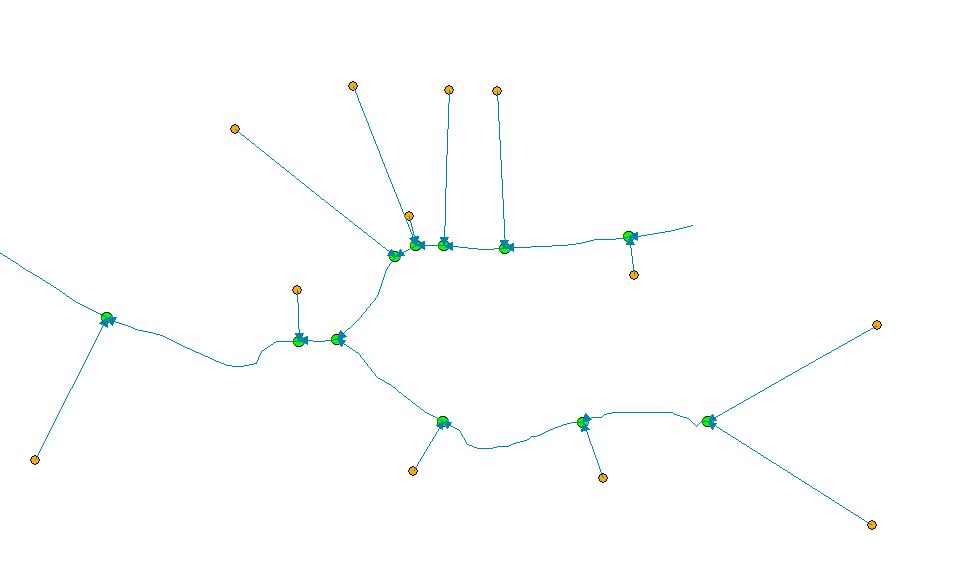 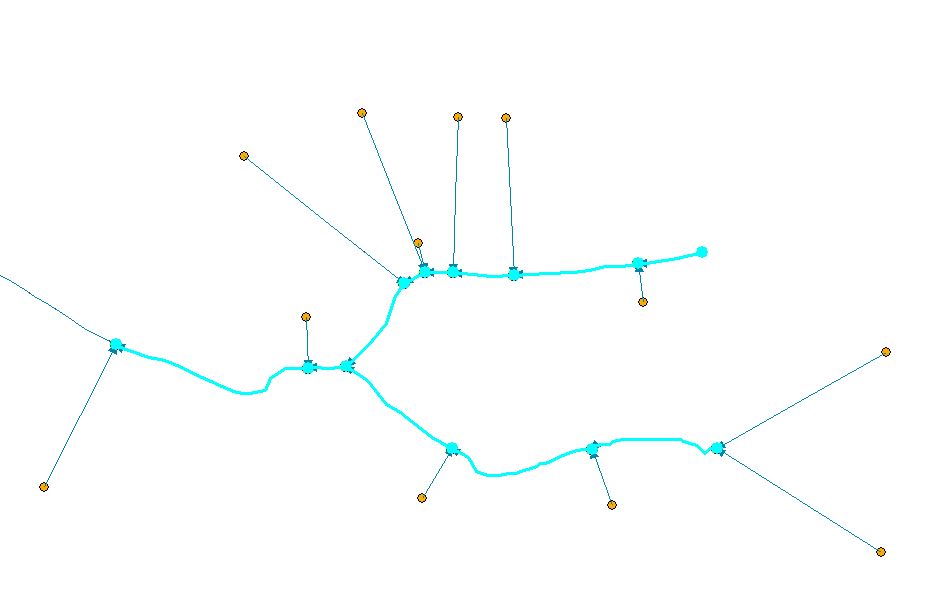 On inspection I noticed a new attribute added to the data after the network was build titled enabled. All the lines not being selected in the trace had enabled set to False. This was apparently because the data were versioned prior to building (although I did not version and data). Following the instructions here I was able to clean these data. After deleting and rebuilding the network I was able to trace as desired.

Not the answer you're looking for? Browse other questions tagged arcgis-desktop geometric-network trace or ask your own question.