I have millions of records and hundreds of tables in several file geodatabases..

The tables name in these FGDBs are all same but just in different areas. 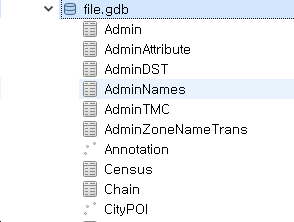 To have better access and use st_* functions, I was importing the FGDBs to my PostgreSQL one by one. (ultimately I am going to write a bash script to automate this)

As far as I know, once the tables are imported to PostgreSQL I can append tables using -update -append options.

So, this is my command below

but this gives me this error message

Using -skipfailures seems to be dangerous because it might skip some of my data.

Will there be another solution to breakthrough this issue?