I have a shapefile that has meters as coordinates, and these do not reference world datums or projections.

Is there a way to assign completely new coordinates to the shapefile so that they align with normal WGS1984 datums and I can open this file along with other maps?

First, confirm the coordinate system of your data by right clicking on the layer and going to Source. In this case, it shows as the following

To change the coordinate system to match another dataset, use the Project tool, found in Data Management. The important thing to remember is that you need to Project (change the projection) rather than Defining a projection, as the latter will give you the wrong output. 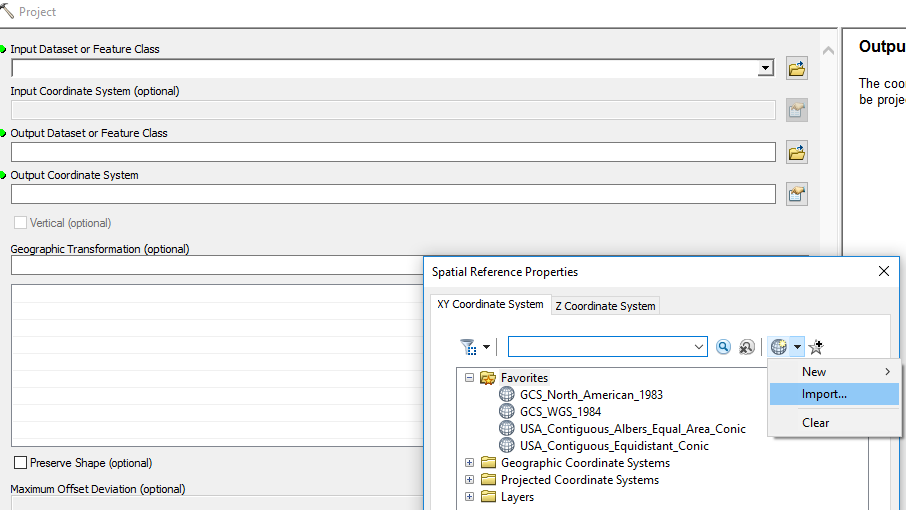 Not the answer you're looking for? Browse other questions tagged arcgis-desktop coordinate-system shapefile arcgis-10.1 coordinates or ask your own question.