I have a polyline shapefile that's about 200,000 meters long, and I am trying to get xy coordinates for specific distances along the line.

The polyline shapefile is in UTM coordinates. I ran the Create Routes tool on the polyline. Then, I tried the Make Route Event Layer tool. Screenshots below show the inputs. No issues/warning flags with selecting route fields, etc. A snapshot of the text table is below. The distances are not uniform (although the first few shown here are an even 500 m apart). Upon running the Make Route Event Layer tool, the resultant point events has "ROUTE NOT FOUND," and so there are no points generated along the line (or anywhere in space for that matter). I don't understand why it's not placing my points at the distances along the polyline route. 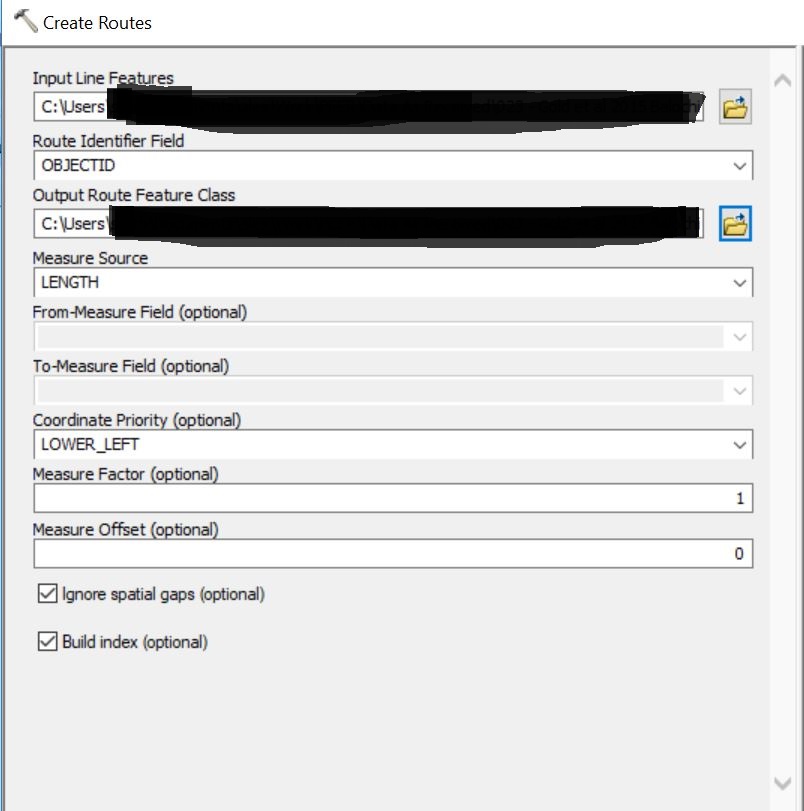 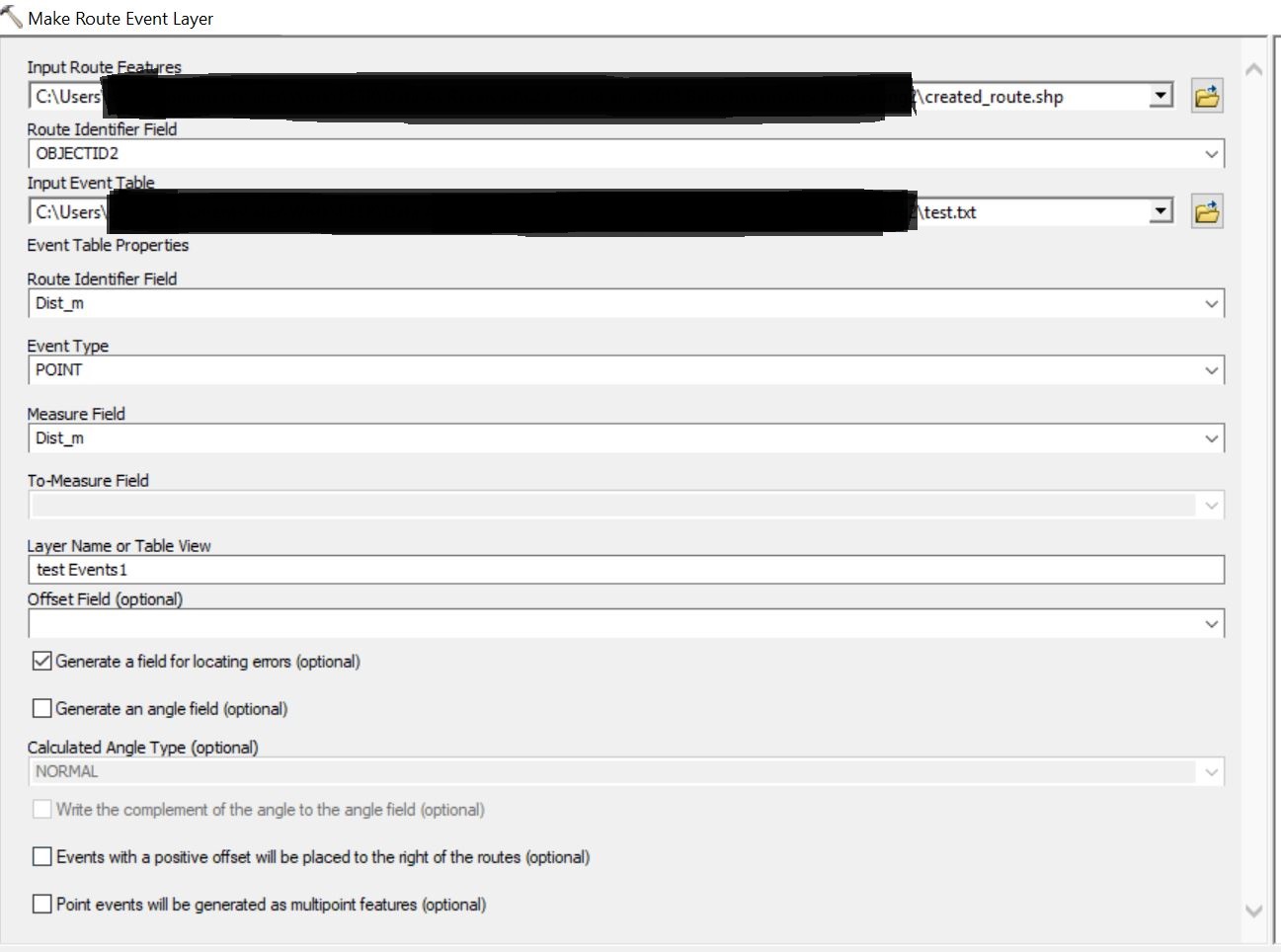 Browse other questions tagged arcgis-desktop linear-referencing arcgis-10.6 or ask your own question.