QGIS cannot save to SpatiaLite after vector difference?

In QGIS I have a spatialite DB full of roads. I'd like to do a Difference operation (Vector > Geometry Tools > Difference) with another layer in order to keep roads only available in a given zone. The difference works fine but once I try to save that new layer to a Spatialite DB I get OGR error saying that it can't insert GEOMETRYCOLLECTION where a MULTILINESTRING is expected.

I don't know how to fix that and what to do. 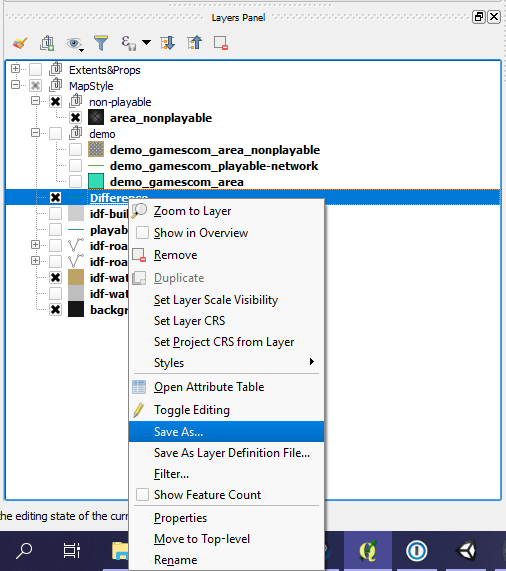 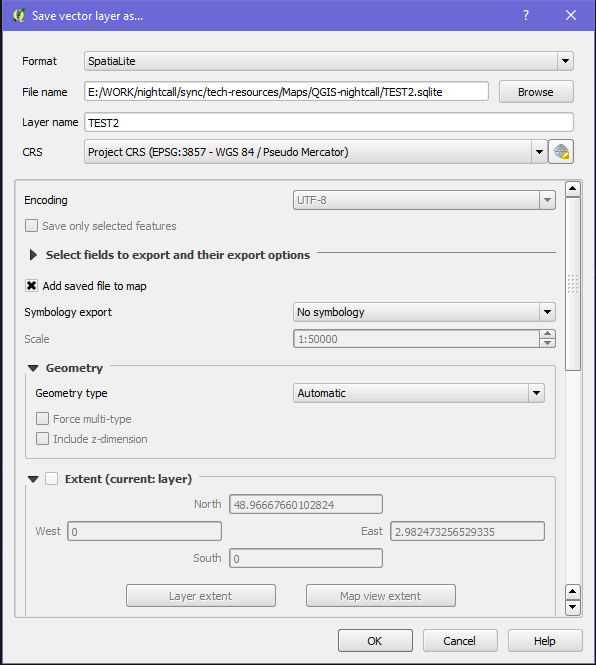 Following the @she_weeds' answer it was suggested to try saving that layer to another format and then to Spatialite. Saving it to GeoJSON worked, I could convert it to Spatialite after that and import it to my QGIS project (even if the auto-import didn't worked at first).

Even if everything works now using this workaround, I will update QGIS to latest version too.

Try forcing the geometry by selecting Linestring as the geometry type and checking 'Force multi-type' in the dialog box you have shared.

Not the answer you're looking for? Browse other questions tagged qgis ogr spatialite vector-layer or ask your own question.

1
How to Make QGIS on Windows use Spatialite 3.0 instead of 2.4?
7
How can I get Google Fusion Tables to work in QGIS?
3
In QGIS how do I edit/save data which has no geometries?
1
Importing multiple layer files like NAS/OSM in a standalone PyQgis script
3
How to preserve geometry when saving vector files to a SpatiaLite db (QGIS)
1
QGIS - Vector coordinates have incorrect format
2
How to merge big and many polygons (SHP) in QGIS/Spatialite?