Road lines overlaying where they meet

I have created a road style with a thinner line overlaying a wider line, with different road classifications on different layers. I've used the advice here to make segmented lines continuous.

This does not work where roads meet: 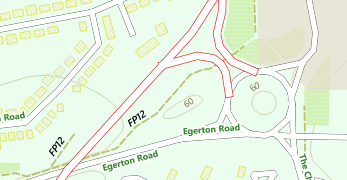 I wonder if there is a solution to this eg should I take a different approach to rendering? I tried merging all the layers to one then classifying by road type but could not figure out how to then apply the thinner/wider line.

Definitely go with one layer for all your roadways. If you take a look at the user guide for OS Open Roads, you'll see how the data structure is built. 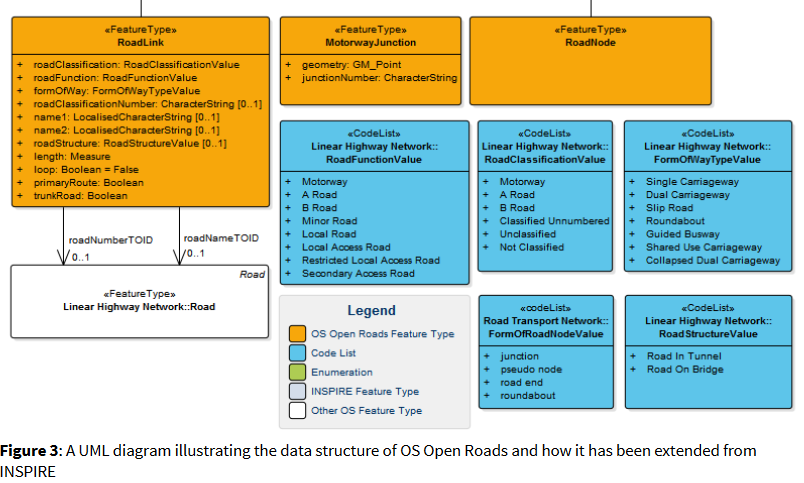 You can take advantage of the nice layering order dialog called Symbol Order that can be found when you click on the Advanced button in the Symbology tab's bottom right. This would come after setting a rule-based symbology where everything that's a bridge gets a separate symbol. 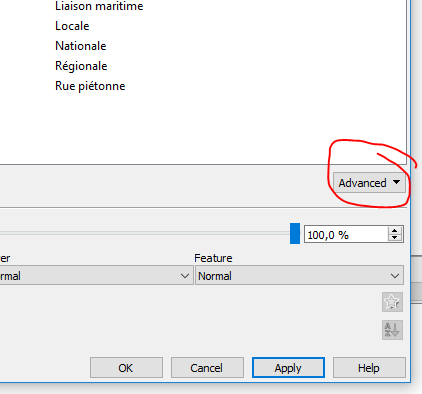 In there, you can define the rendering order of every component of a symbology. The higher values render on top. In my example, the roads were symbolized similarly to your example but, after I changed the values as follows from the screenshot, the symbology looks like it should with outlines always rendered behind. Just make sure that bridges are at the top of the rendering passes. 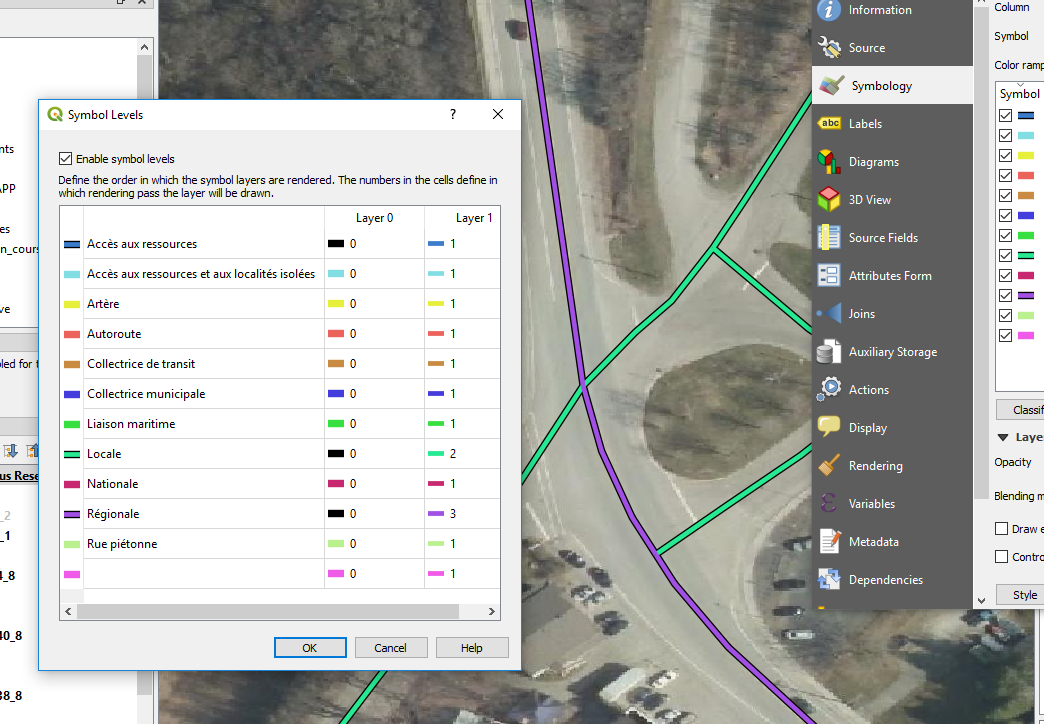 ThingumaBob - your comment is the correct answer but I had no 'tick box' to mark it as correct. Now I have the 'seamless junction effect' I was after (although maybe I have an issue with bridges rendering correctly now):

EDIT - bridge issued solved by Gabriel C's advice, which is marked as the answer 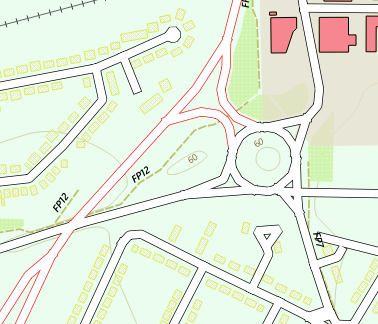 Change the cap style from square to flat. 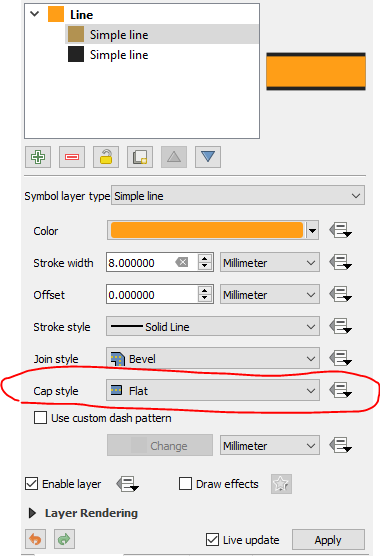 This line has square end caps:

12
Making segmented roads appear as one line in QGIS?