I wish to create a field which automatically updates with the current timestamp when edits are made to a feature.

I am using QGIS 3.4 and I am testing this using a shapefile.

Following @Joseph's answer for this question I tried updating his script to work in QGIS 3.4 as per his instructions (if I followed them correctly, not guaranteed!) to this:

However this returns the following error:

Also will this work on geometry edits or only with attribute edits?

Will this also work for a SpatiaLite layer?

Replace pendingFields() by fields() should do the trick for your error. You may still have errors running your code in QGIS 3.X because there is no backward compatibility. You have to fix all API changes and it will works.

the pendingFields() methods has been removed in QGIS 3.X API and replaced by fields().

Also will this work on geometry edits or only with attribute edits?

To listen to geometry changes, you can connect to geometryChanged signal

Full code will be:

Will this also work for a SpatiaLite layer?

This would probably also works on SpatiaLite layers.

Go to the layer properties › Attributes Form. Select your field. 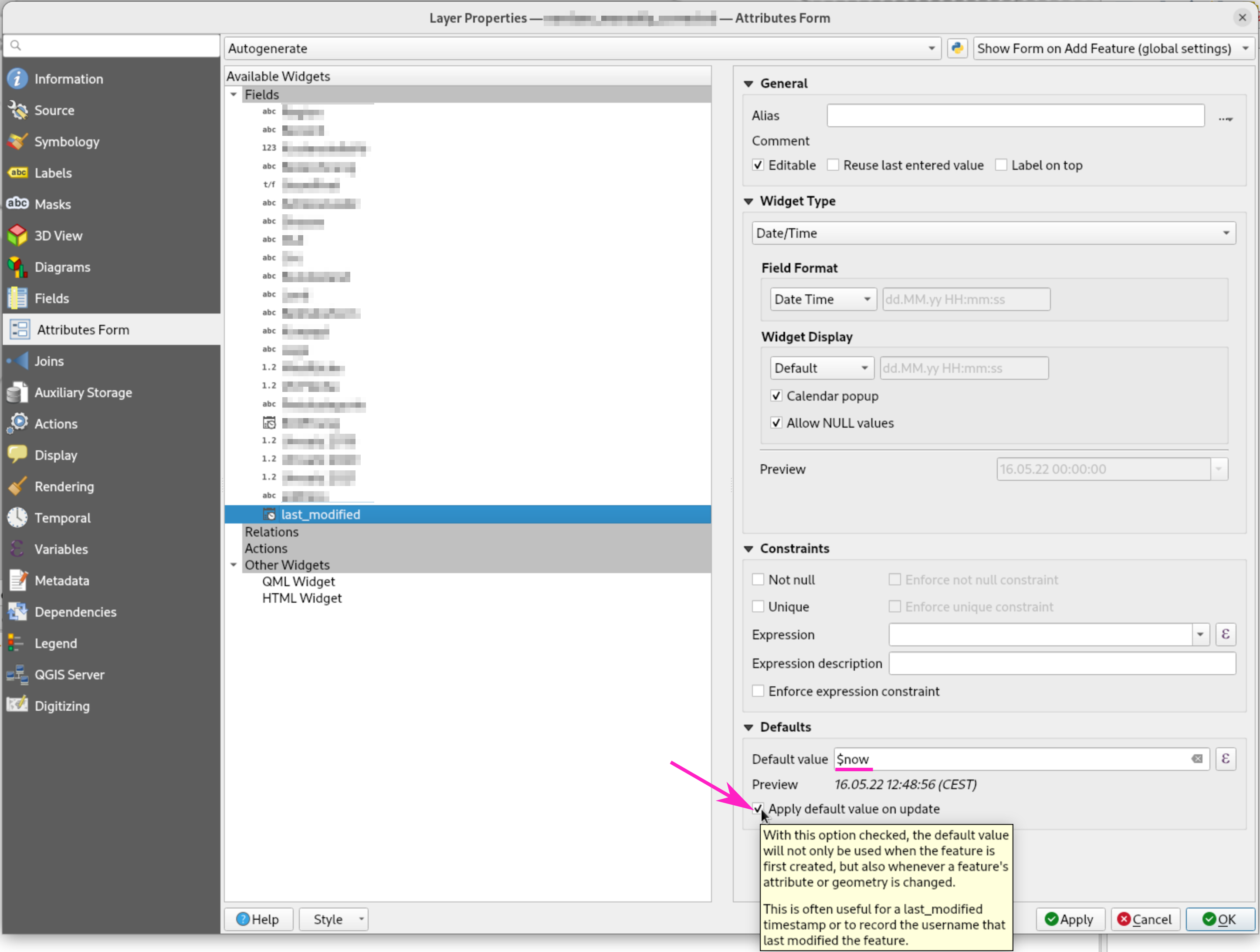 I also need a decent fix but I managed a dirty fix.

I cannot stop the value from updating every time any attribute in the record or the geometry is edited. But, I can make a sort of "lock" on the value.

This is to capture the date the feature is physically inspected on site. In some cases, the date of survey might be the only thing entered by the user.

It looks like this in the default value box for SurveyDate with "apply on update" switched on:

In the data entry form, the sequence of inputs forces the user to tick SurveyedYN first, then confirmed second, so the logic only works if the user does not mess up the order.

It would also work with a single checkbox if you know the edits you make will be committed before the box has to be ticked.

Not great but functional

Not the answer you're looking for? Browse other questions tagged qgis pyqgis pyqgis-3 qgis-3 or ask your own question.