I'm using a polyline river layer in QGIS to calculate river miles, but am ending up with points out of order. Starting with a river layer that is broken into reaches (short sections), I'm dissolving into a new layer based on the stream name. I am then calculating the distance along the line (I've tried two separate plugins, "Locate points along lines", and "Qchainage").
Unfortunately, some segments seem to be out of order, so the distance along the line jumps around, and sometimes go in opposite directions.
I end up with river miles that look like : 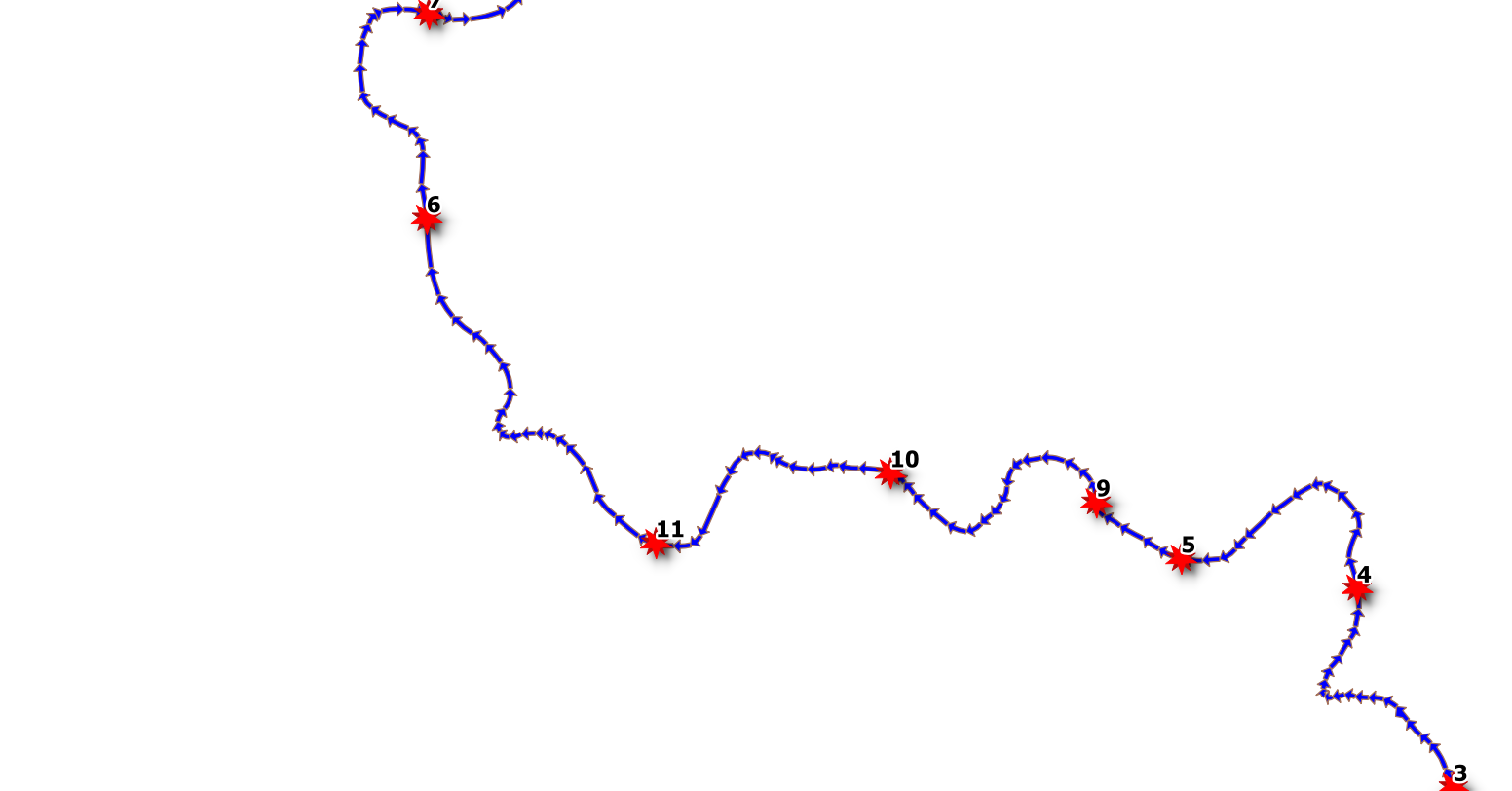 I suspect this crops up in the dissolve stage because of some feature of the original data. Is there a way to dissolve the lines into sections that are continuous lines without misaligned segments?

Here is a link to the shapefile I'm working with. It's in a zip on dropbox. This version has been converted to single parts, with all the lines going in the same direction. zipped shapefile on dropbox

If your reaches where not all digitized in the same direction, after dissolving you may end with a multipart line (that will look like a single continuous line but have several segment not necessarily in logical order)

You should check the direction of your segment before dissolving (you may use an arrow symbology for that) and flip any segment that is not digitized in the same direction as the flow.

Also you may check that some of your reaches are not already multipart before dissolving.

Not the answer you're looking for? Browse other questions tagged qgis dissolve or ask your own question.

1
How do I create multiple polylines from single polyline that consists of disjunct sections?
11
How to split lines into equal segments with QGIS?
9
Cleaning large Shapefile using v.clean in order to dissolve features?
2
Collapsing parallel lines into a single line QGIS