I am fairly new to the FME and don't have much hands on with all the available transformers.

I have a task to save two different sets of clipped data (via clipper transformer) into the multiple GDBs. I will try to explain in brief below:

I have a dump of road network data of two different timelines for one of the state in India. Also I have a polygon shapefile containing administrative areas of the same respective state. 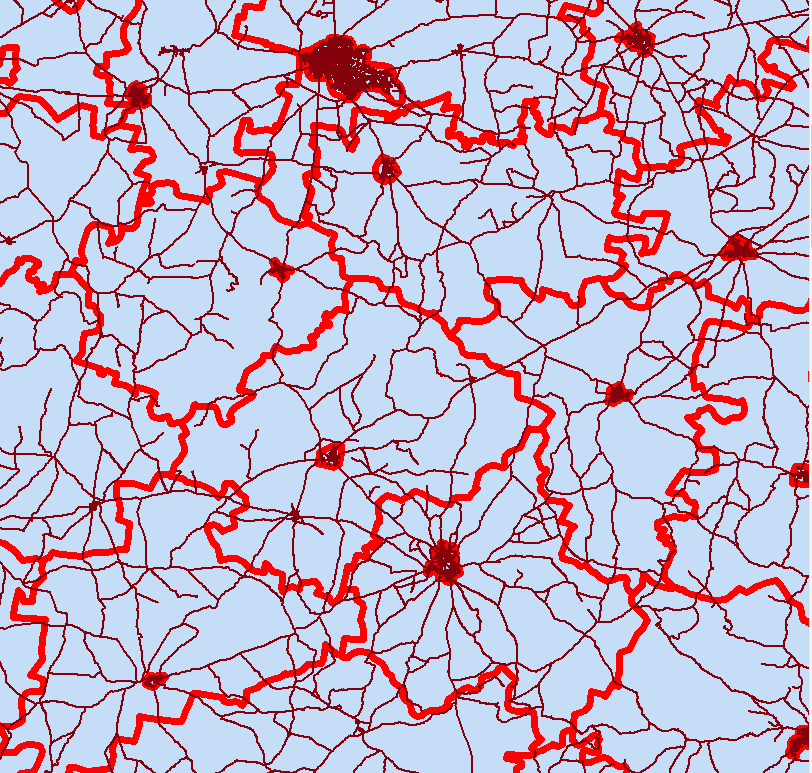 I need the output containing clipped data of both the road shape into one GDB based on all administrative areas present in the polygon shape of the admin. In FME, I don't have any idea about how to create a writer that can write the output in multiple GDBs.

In short, I seek help from anyone who can help to set up my workbench which will help me to write the clipped data coming from two different timeline into the multiple GDBs (respective administrative areas).

The answer by @FSimardGIS is good, but I'll add an alternative method and a couple of thoughts.

You'll probably want two different tables - one for roads, one for polygons - since I don't think you can write different geometry types to the same table. See the parameter for Geometry (in both the FeatureWriter and a normal feature type). You can set it to polygon or line, but not both. So have two and set geometry to polygon for the admin areas and set it to lines for the road features.

So, the alternative method is to use a normal writer instead of the FeatureWriter transformer. In the Navigator window look for the Fanout Dataset option and double-click it: 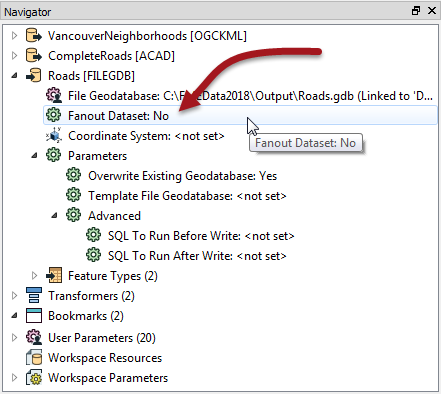 That'll open a dialog in which to set the output name. Notice how I'm using NeighborhoodName as the attribute to "fan out" by: 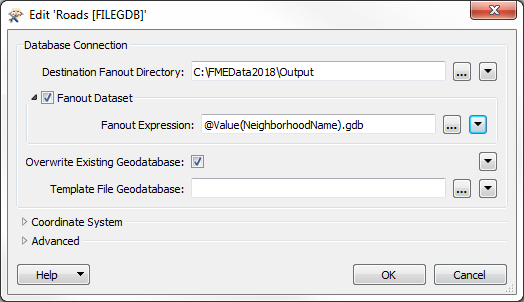 Virtually the same as the FeatureWriter method, but I know some people prefer this method (FeatureWriter is probably the future, but old ideas die hard).

The other thing to remember, is that if you want the attributes from the areas on the line features, when they are written to GDB, you can do that by adding them to the writer feature type (for example, if you want the name of the admin area attached to each road).

I've made a small demo workspace and put it on Dropbox. You'll need FME2018.1 to open it.

For the setup, you could use a StringConcatenator, that would concatenate the folder path, the "\" sign, your admin region attribute, and ".gdb" into a "_gdbPath" attribute. Then add a FeatureWriter with format GDB and in the Dataset section, choose the previously created attribute "_gdbPath". FME will output results in one geodatabase per admin region.

You could also use the same principle to specify Feature Type names (Feature Classes) if desired.

Here is a screen capture of the setup: 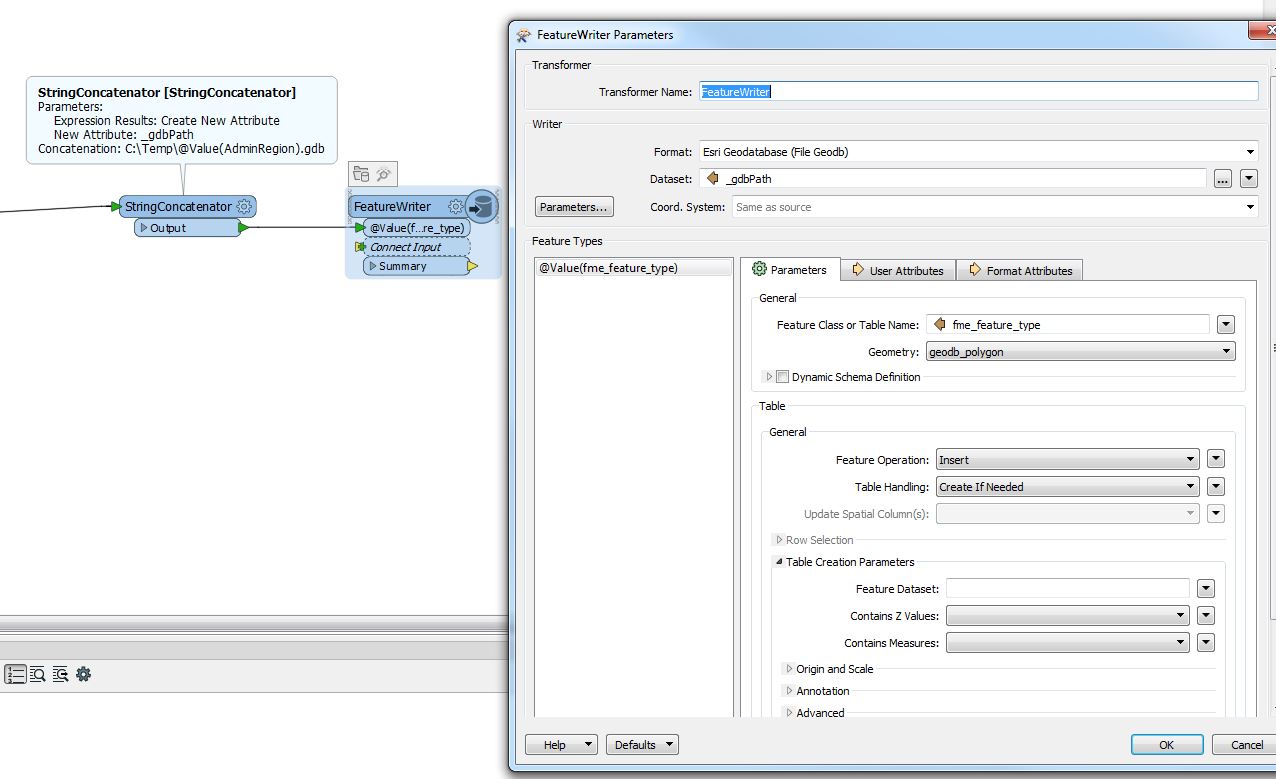