I have a polyline shapefile of streams that I am attempting to convert to a raster using the "Polyline to Raster" conversion tool. However, rather than outputting a raster with distinct stream pixels, my output is a seemingly empty raster with a greyscale value scale of 0 to 255. My methodology is as follows:

1) I have created a field within "streams" called "rastervalue"
2) I assigned values of "1" to each stream feature in hope that all stream pixels within my output raster are represented by this value.
3) I ran "Polyline to Raster" using the following script:

I have attempted this with varying cell sizes, and my results seem to be the same. How can I generate the desired output?

The issue is with the Cellsize input. When I tested the tool the default was quite large. Reduce the Cellsize value to something that suits your data. Here I have lines that are several hundred feet in length. I made my Cellsize 100 to create a rough raster representation of my lines. 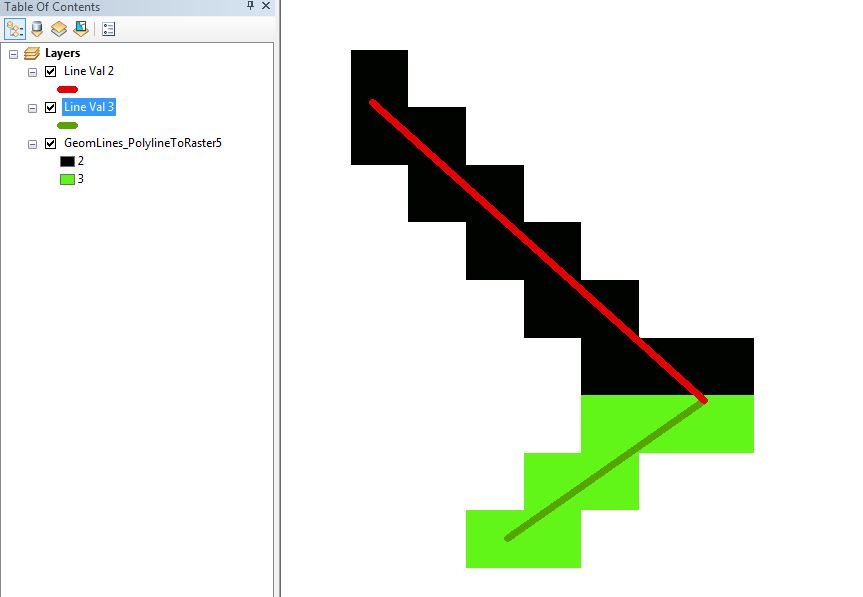 Not the answer you're looking for? Browse other questions tagged arcgis-desktop arcpy spatial-analyst rasterization or ask your own question.