I am trying to upload a series of data coordinates to Google Earth Engine.

First, I used ArcGIS and converted the Excel data to shapefile and I got eight files.

However, when I am trying to upload them, a mistake came out like the first picture. 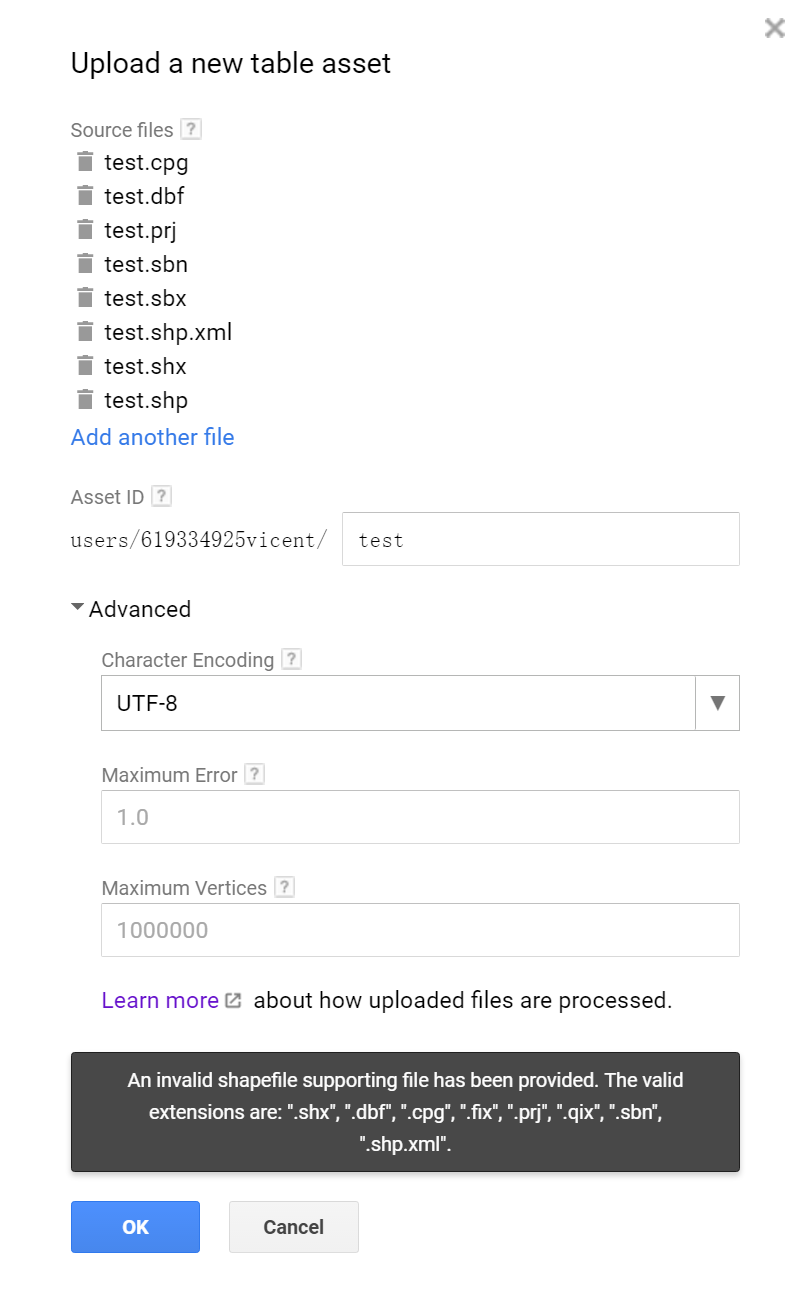 Then as the tip showed, I deleted the .shp file. But it did not work, either. The tip told me that .shp is demanded. What am I supposed to do? 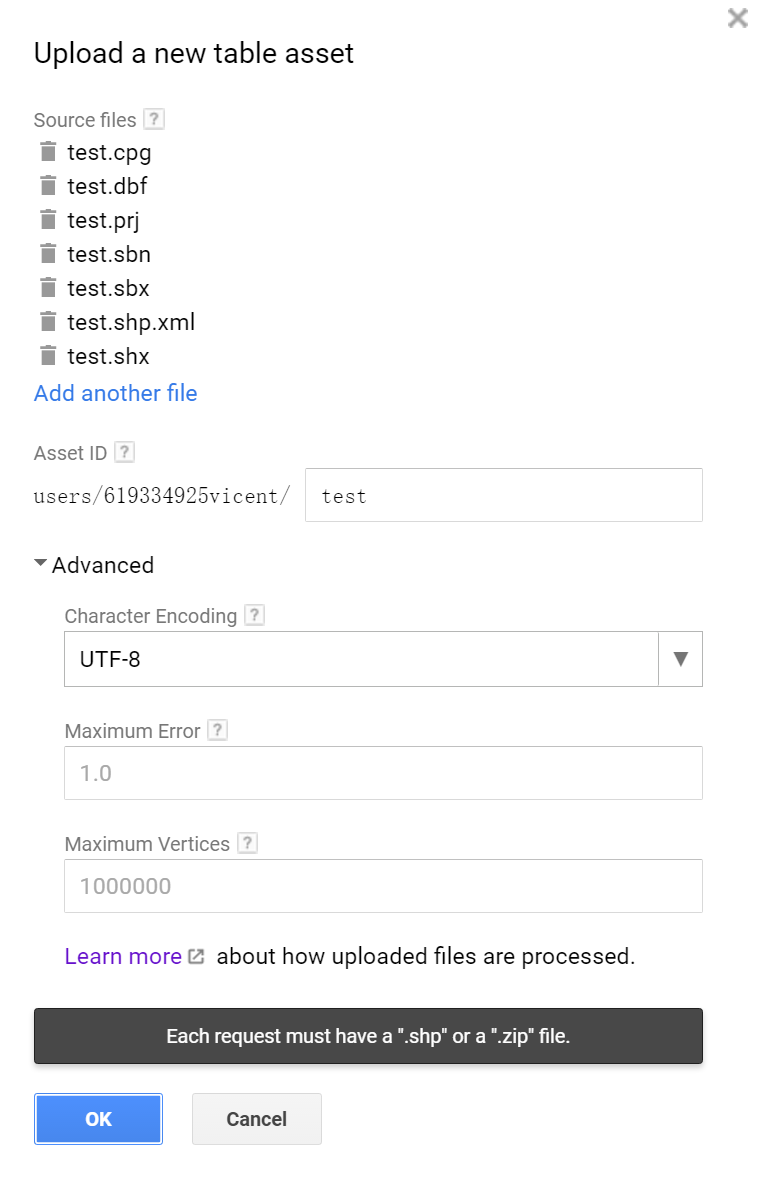 sbx doesn't appear in that list of allowed shapefile components, but its in your list of uploaded source files. Read the error message carefully and you should spot this.

Minimally you should upload .shp, .shx, .dbf and .prj - the others might be useful but aren't always needed. .cpg is needed if your text has an unusual encoding. But anyway, don't upload .sbx if it tells you not to.

Not the answer you're looking for? Browse other questions tagged shapefile google-maps google-earth-engine import or ask your own question.

6
Why is my .prj file not being read by QGIS?
0
When I export shapefiles from ArcMap 10 there appears to be no xml file created?
2
OGR DeleteDataSource not working properly in Python
1
Converting Shapefile data to GeoJSON
2
Renaming shapefiles using loop in Python
1
Uploading a shapefile to GEE