Here both 12 and 13 are equal so would the neighborhood majority be null for this 3 by 3 neighborhood? 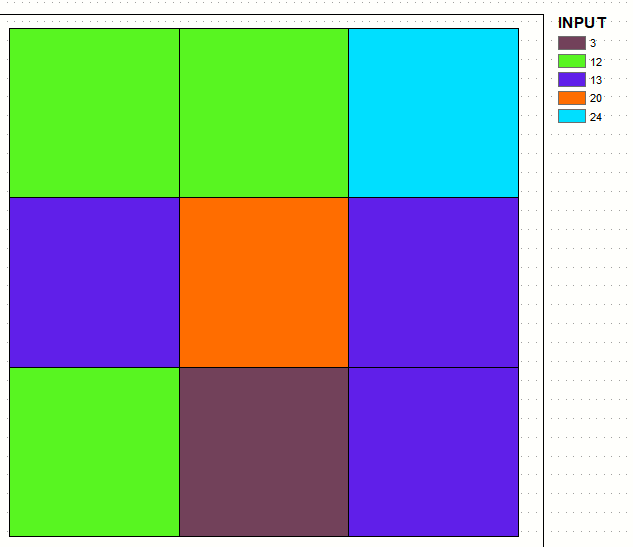 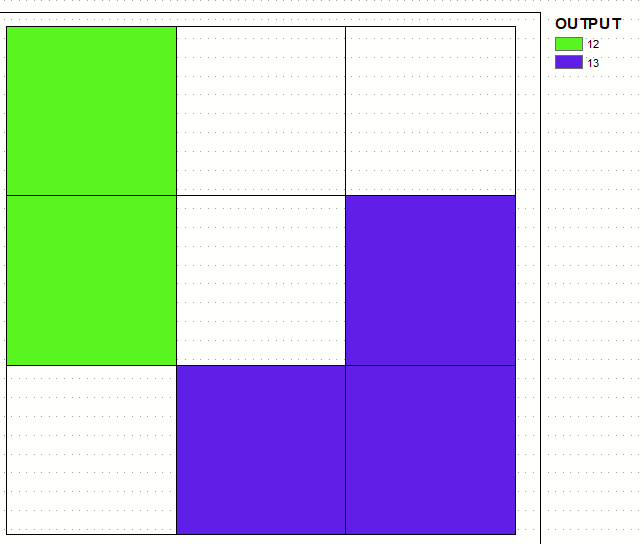 Conclusion: If no solution found cell values replaced by NO DATA value.

According to the documentation, no replacement will be done in your example:

The Majority Filter tool replaces cells based on the majority value in their contiguous neighborhoods. The tool has two criteria to satisfy before a replacement can occur. First, the number of neighboring cells with the same value must be large enough to be the majority value, or at least half the cells must have the same value (depending on the parameter specified). That is, three out of four or five out of eight connected cells must have the same value with the majority parameter and two out of four or four out of eight are needed for the half parameter. Second, those cells must be contiguous to the center of the specified filter (for example, three out of four cells must be the same). The second criteria concerning the spatial connectivity of the cells minimizes the corruption of cellular spatial patterns. If these criteria are not met, no replacement occurs, and the cell retains its value.

Not the answer you're looking for? Browse other questions tagged arcgis-desktop spatial-statistics or ask your own question.

3
Choosing statistic/process to use in ArcGIS Desktop
18
Calculating Focal Statistics for Special Neighborhood?
1
How does majority algorithm works in ArcGIS
2
Using Field Calculator to compare two fields in att table and returning if equal or not in ArcGIS for Desktop?
0
Expression Area Statistic Results in NULL with Real Number Conversion
1
Return Majority from PostGIS function ST_SummaryStatsAgg()
0
Why do moving window neighborhood analysis when building habitat model using ArcGIS Desktop?