Criterion for measuring the distance between a group of points to origin? 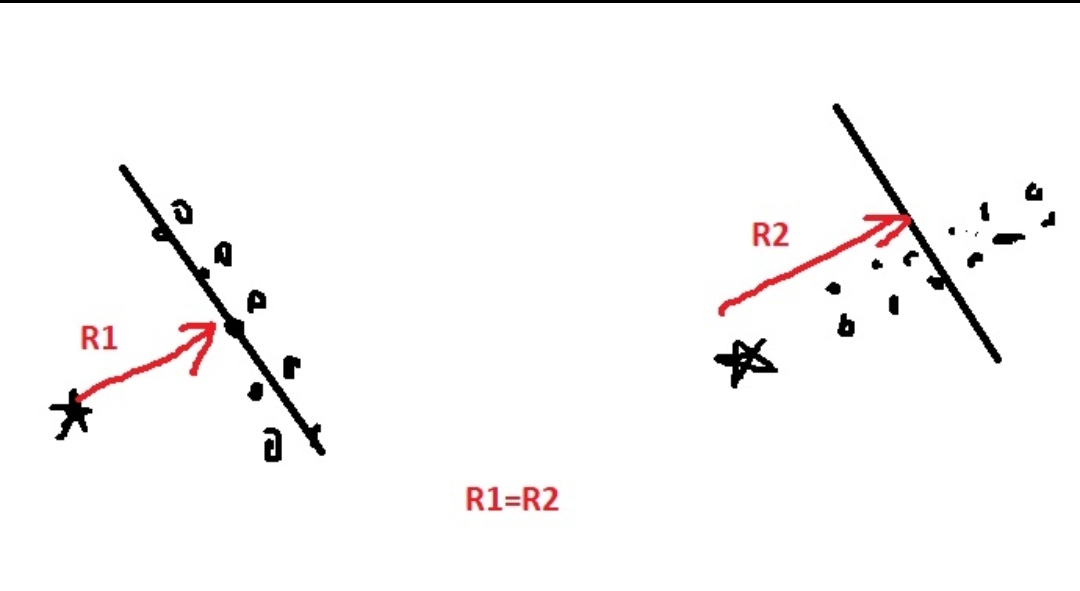 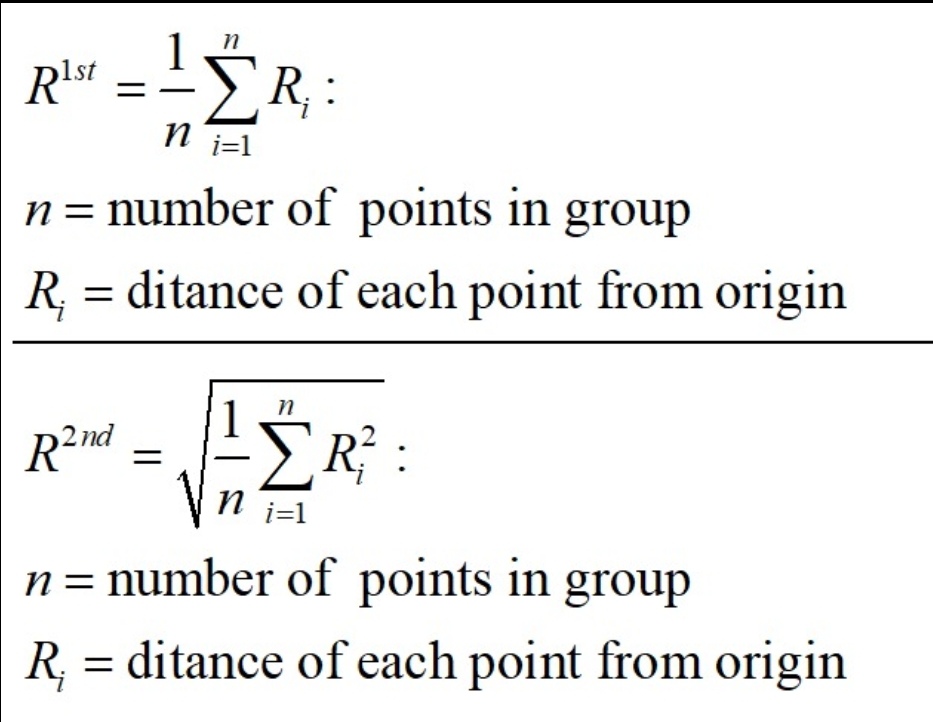 I wonder if is there any criteria to represent the distance of a group of points (in 2D space) to origin?

A simple criteria is the mean of distance of each point. But as can be seen in the picture, this criteria cannot capture the pattern of spatial distribution of points. Another criteria may be the square root of sum of squares of distance of points. But this is my idea and I cannot find any acceptable criteria in academic documents.

Since distance is a variable of a single dimension, it can not represent the spatial distribution of points in two dimensions.

If the points represent different observations of the same measurement, the Arithmetic Mean should be used. This is due to its properties:

The Root Mean Square is used in periodic functions or continuous waveforms. Also due to its properties:

Some spatial information of the points can be inferred by analyzing the Moments of the distribution of their distances.

But if you want to analyze the spatial location of the points you need to made Multivariate Statistics, either of their cartesian (x and y coordinates) or of their polar (distances to the center and angle with respect to some axis) coordinates.

Thanks for your answers. I studied more about this topic.Typically numerous definition of average value can be used like arithmetic mean , geometric mean , harmonic mean and quadratic mean . The use of harmonic and quadratic mean can represent the pattern of locations of points. Moreover, the harmonic mean can reduce the effect of outlier points on total mean value. Finally I used the harmonic mean of distanced from the origin but this topic is not resolved completely and I will be grateful if anyone gives a better idea.

Not the answer you're looking for? Browse other questions tagged distance or ask your own question.