Assign CRS and project a raster, file .grd output of CALPOST, in R 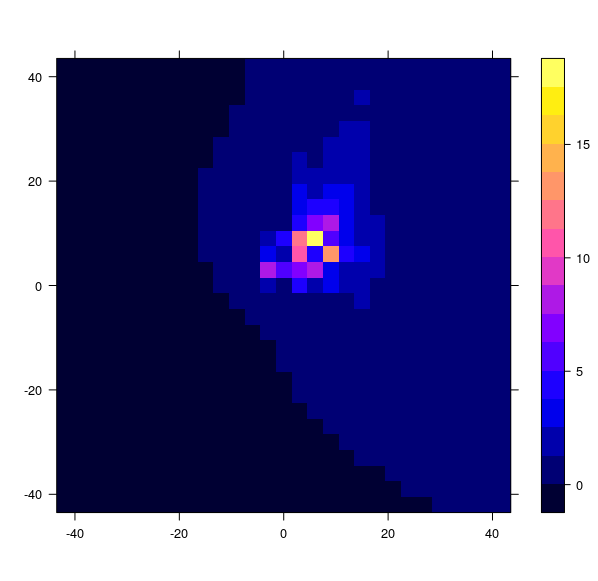 However, the raster does not have coord. ref. and it is centered at 0,0. It seems that the units ar km.

The original data is Lambert Conformal Conic, with center coordinates at 33.039S and 71.626W. It is gridded data, with DX 3 km, but when I rewrite the origin, nothing changes:

I dont know what I'm missing. Below the data file.grd and also on this link

The grid is 3km cells in that LCC coordinate system. So I think the process is as follows:

Working out what the coordinate system is in the standard (PROJ4) format is tricky. Its a Lambert Conformal Conic, that's okay, the parameters are in there, and the projection is based on a spherical earth rather than the standard ellipsoid that GPS uses (The "WGS84" ellispoid).

The relevant bits of the projection info are:

Now if the region is fairly small (and 45km isn't that big on a global scale) you might be able to get away with converting the centre coordinate to any metric coordinate system, and if the distortion is acceptible then job done. Otherwise that info I cut from the control file needs to be converted to PROJ4 - maybe someone has already done this!

The following code makes an attempt, I'll also point out where its wrong:

Now I'm going to mark these as being WGS84 lat-long coordinates - which is wrong, but possibly not by much. Once you've worked out the transform parameters from the description replace this with a string that describes lat-long on that spherical earth:

Now transform that centre to the grid system. Here' I'll transform to UTM in metres for that location, which is wrong, but might be close enough. For precision, work out the LCC parameters and replace the number:

Now the upper right and lower left coordinates - multiply by 1000 since the coords are in m but the grid is sized 3km. There are 43.5 km from centre to the corners:

Now set the extent of the raster in projected coordinates:

And tell the raster what the projected coordinate system is:

Load into QGIS and are we even in the right part of the world? 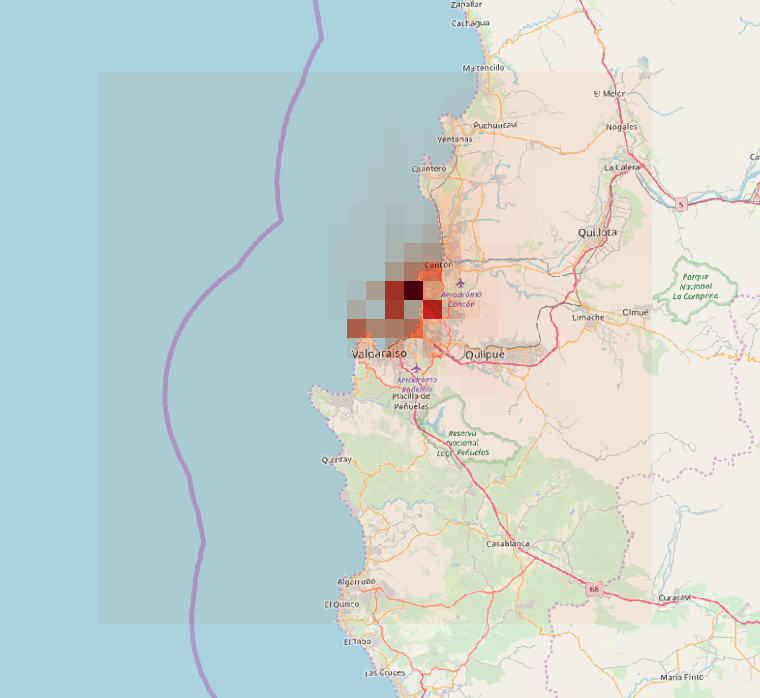 Using QGIS, I get good results with this custom CRS: 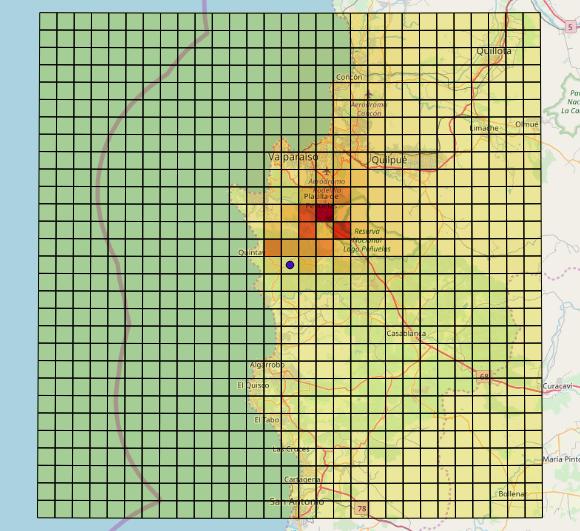 The False Easting and Northing seem to have no impact, as the projection center is the same as the image center (the blue dot in my image).

By default, (-42;42) is taken as the origin in the upper left corner (mid-cell). The custom CRS takes it as kilometers from the center.

Not the answer you're looking for? Browse other questions tagged raster coordinate-system r or ask your own question.

11
How to read *.adf files into R?
11
Processing vector to raster faster with R
1
Export RGB data (from a tiff image) in excel format
7
Access to attribute in rasterlayer in R
1
Opening rotated raster in R
1
Using spatial points to extract values from large raster in R
2
How to extract min / max values from a raster and store them in new objects in R?