Im having problems with the CRS of my QMS basemap in Qgis (2.18). 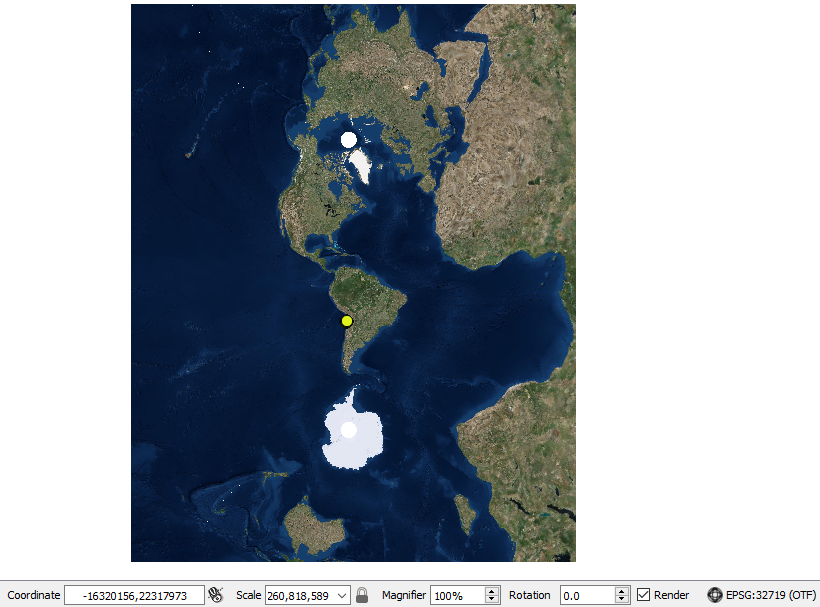 Is it possible that only the name of the CRS of ESRI satellite in properties is showing wrong?

I also tried changing the CRS of the shapefile, so that both layers would be in Pseudo Mercator, but again the gps points show in the North Sea.

Where is the problem?

The ESRI satellite image actually is in EPSG: 3857. That's not a problem, just make sure you have "on-the-fly reprojection" turned on in the project properties. QGIS will re-project the satellite image into your chosen project CRS.

Don't change the CRS of either layer in the layer properties. This forces QGIS to interpret the layer as though it was in the CRS you chose. Since it's actually in a different CRS, the layer will be incorrectly displayed.

Not the answer you're looking for? Browse other questions tagged coordinate-system qgis-2.18 quickmapservices or ask your own question.