This is a Two-way road, each line stands for one way, and the x means a split point in the way. That's to say, we will split each way to multiple segments before we save them to postgis. Each segment have a name same as the road name.

For example, the name of the above road is St1, so the 7 segments will all have the same name.

Now for a given name like St1, we want to combine all the matched segments as one (if one way) or two(if two way) linestrings.

After googling, it seems that the pg function ST_Union (https://postgis.net/docs/ST_Union.html) looks like what we want, after the test, it worked.

However there are some different roads(in different position) may own the same name. 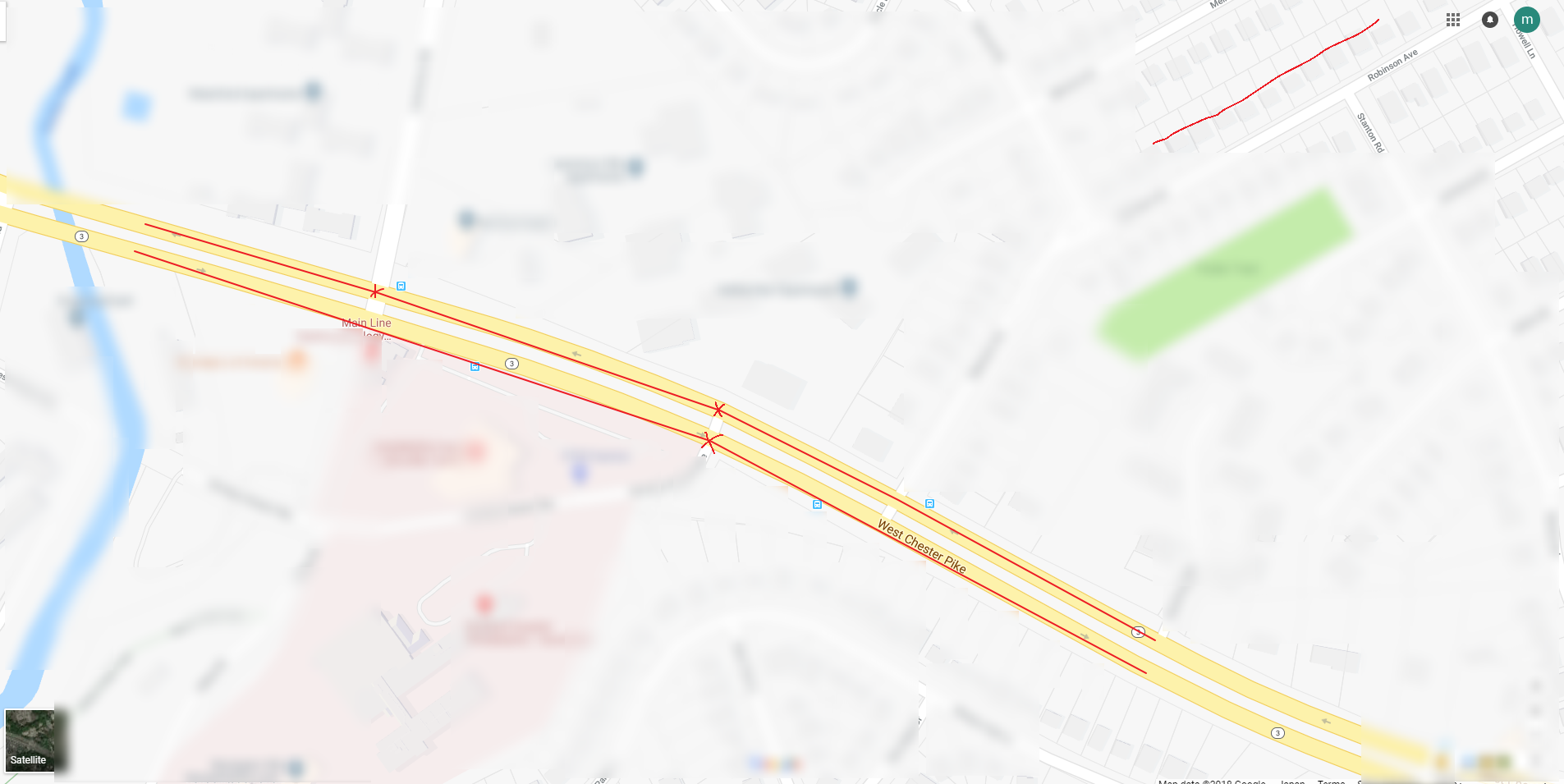 As shown, suppose the red road in the top right have the same road name as "West Chester Pike", but they are two different roads in deed.

So if we may extract all the roads by a given name "West Chester Pike", ST_Union will merge all of them, so we wonder if it is possible to distinguish the roads for example by distance?

In your situation (at least the one displayed on the picture) I would use additional information like road class and do the ST_Union separately for each road class. One of your Westchester Pikes seems to be a highway of some sorts whereas the other one is a simple street. Perhaps distinguishing them by class could help you.

I had a similar things to do with elevation lines and i used ST_union but before that i made a cluster of each subset you need to gather.

the idea is to rebrand your data in group of geometry you are sure to union, to avoid take road with the same name but no geometry link.

15
Database design: road topology in GIS
0
How to query distict row with the same label from different linestring with multiple segment?
6
How to merge linestrings that don't touch based on common name?
1
Does each road segment need to be digitized into a separate entry for a road network?
2
Split all OSM roads within boundingbox in 20m segments and save to new table
3
Splitting OSM roads and adding additional data
5
Getting the distance traveled across road segments
1
Correction of GPS-Track, snap to road (line, network)