I'm trying to use DDP to produce a map book for a series of works. Each item of work is a feature in a polyline feature class, and a copy of the class is being used to define my DDPs. I already have set up dynamic text, page definition queries etc.

As the work lines are variable in length, I want to constrain my map scale so that they are not zoomed in or out too far. My code:

The commented out lines were my attempt to define a function for setting the scale, but I opted for a elif statement instead. I basically want any pages with a scale less than 1:6000 to be 1:6000, and all others to be 1:10,0000.

As an addition, I would like lines that are above 1:10,000 originally to be split across multiple pages as needed.

How would I got about setting the scale in this manner?

The error I am getting:

An alternative is to use a field with scales as Data Driven Scale Field:

When you specify a Data Driven Scale field, values from this field define the map scale of the detail data frame for each page in the Data Driven Pages series

The field can be calculated using arcpy by the extent of each feature: 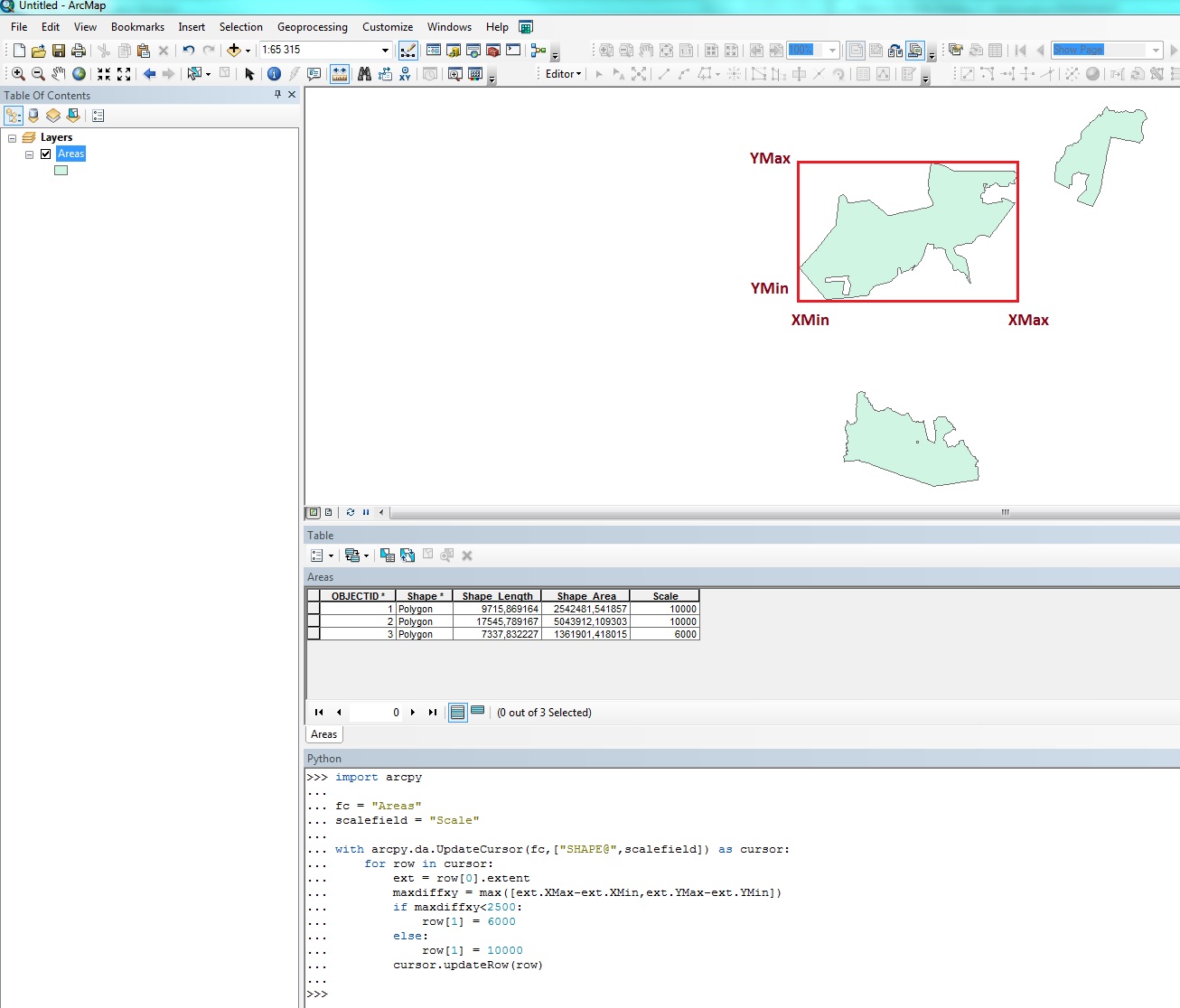 Not the answer you're looking for? Browse other questions tagged arcpy arcmap or ask your own question.