Using round function in QGIS expression?

I created a grid of rectangular polygons with the Create Grid function, from the Vector Creation group of the Processing Toolbox in QGIS 3.4.2. The rectangles measure half a degree of longitude by half a degree of latitude.

But the round function rounds the values badly.

I know that I can create new attributes that express the coordinates with fewer decimal places and label the entities based on those attributes, but I was struck by the behavior of the function. I expected it to round to the nearest value.

Does anyone know what the problem is that the round function wrongly rounds off the decimal number?

Attached screenshots of Source Fields and the Attribute Table. 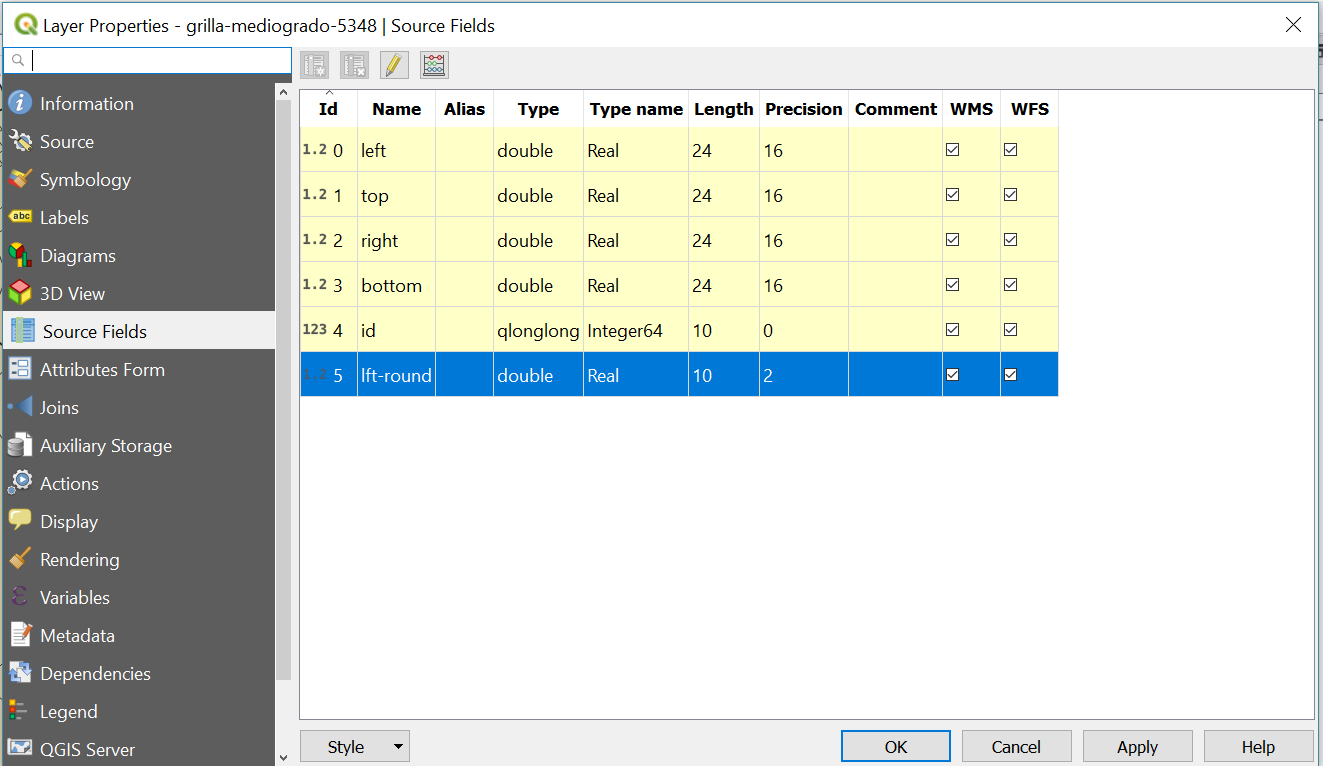 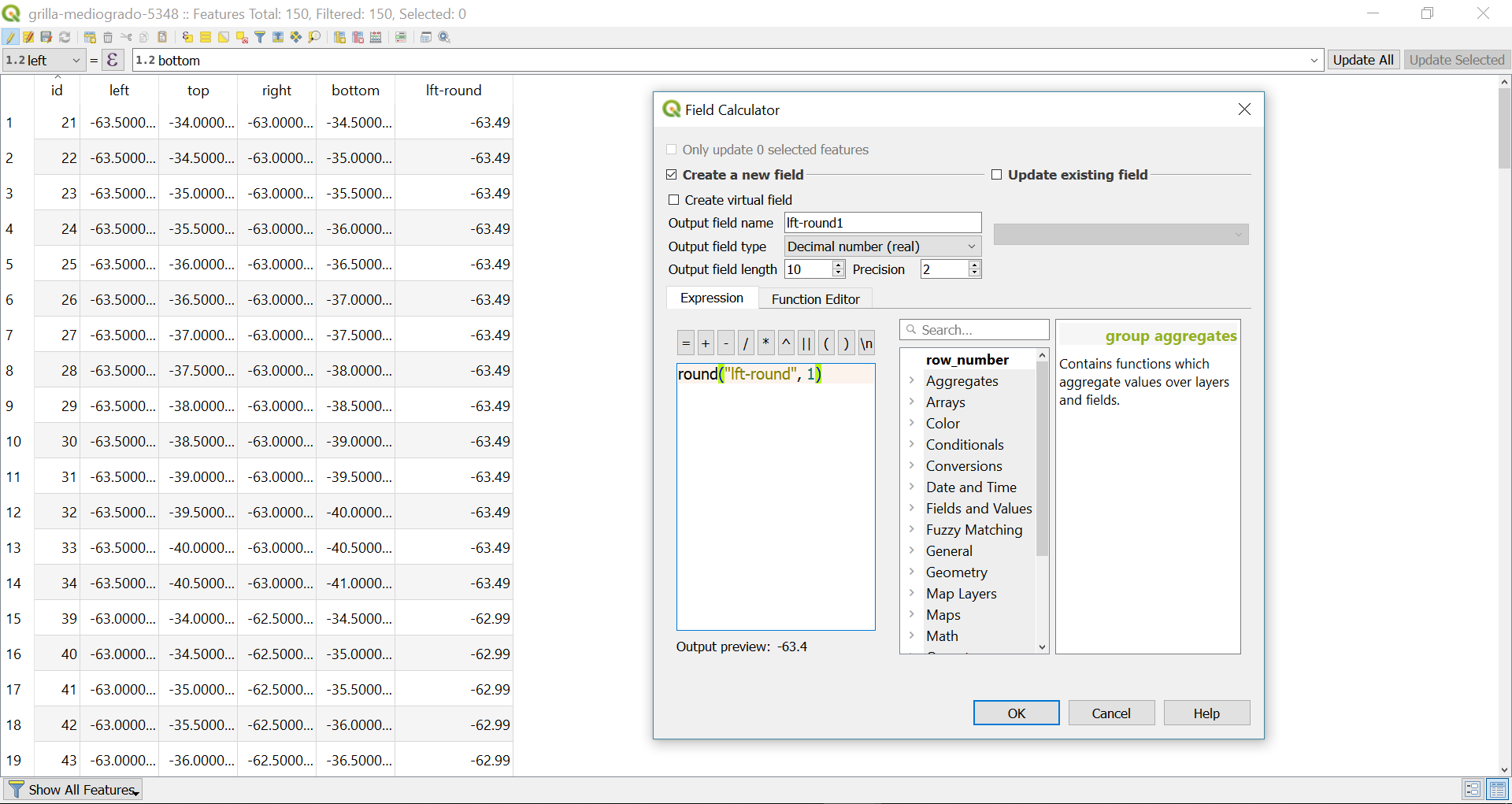 Actually I cannot replicate the same behavior that you have. I created a grid with 0.5 degree width of latitude and longitude, and I round it to 2 decimal degree and it works fine. Then I added another column with a value of 50.49 and round it to 1 decimal and it worked as expected and I got 50.5. Here is the table with values: 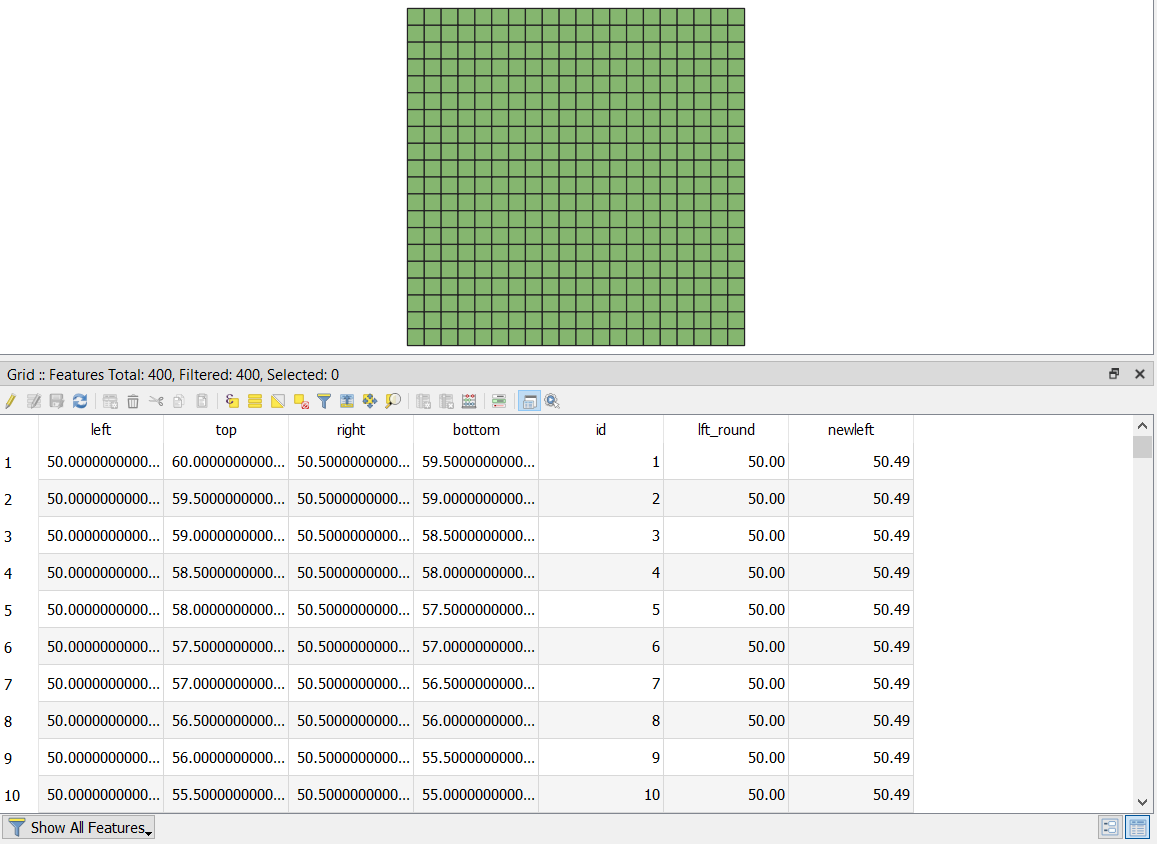 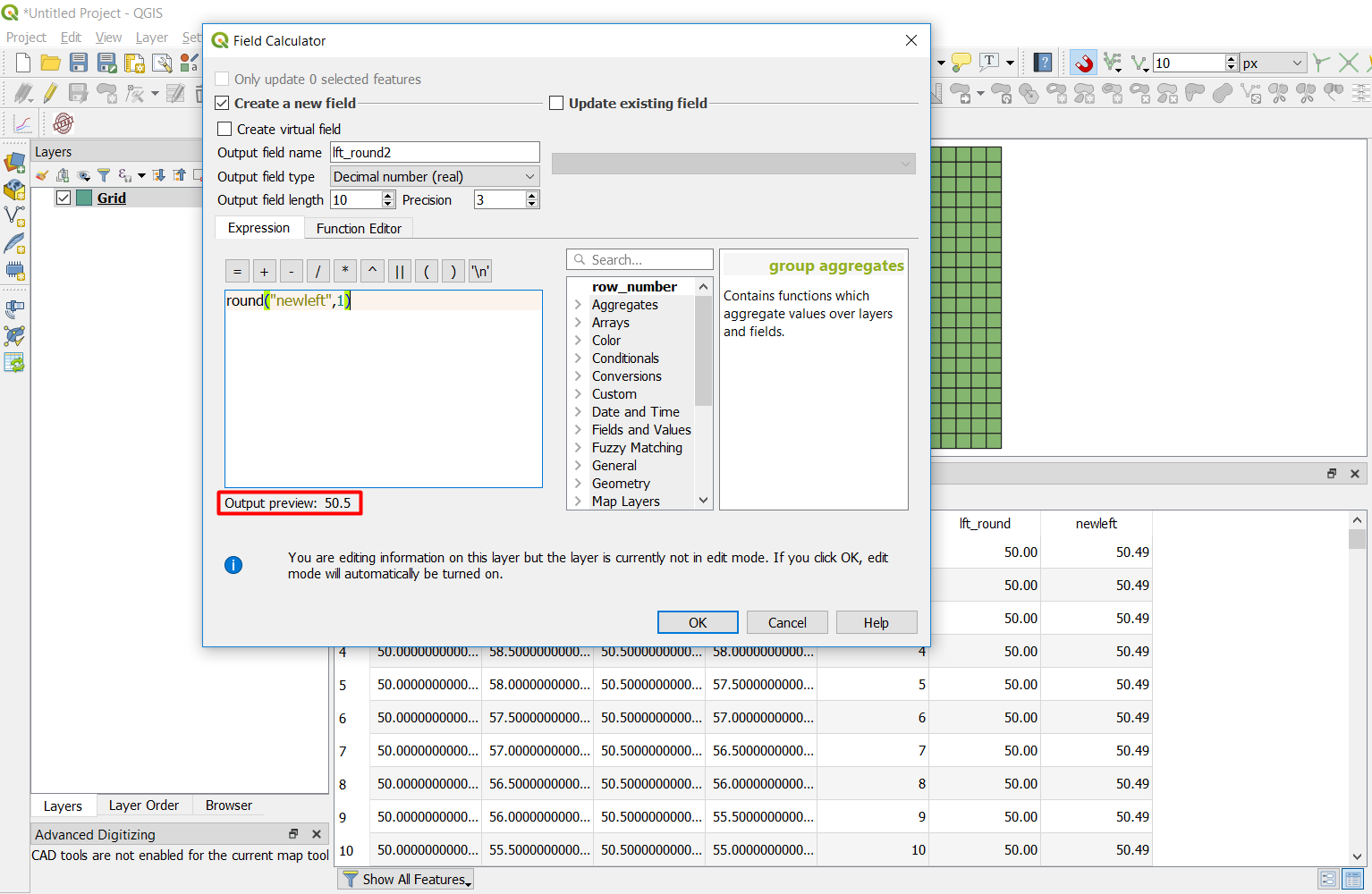 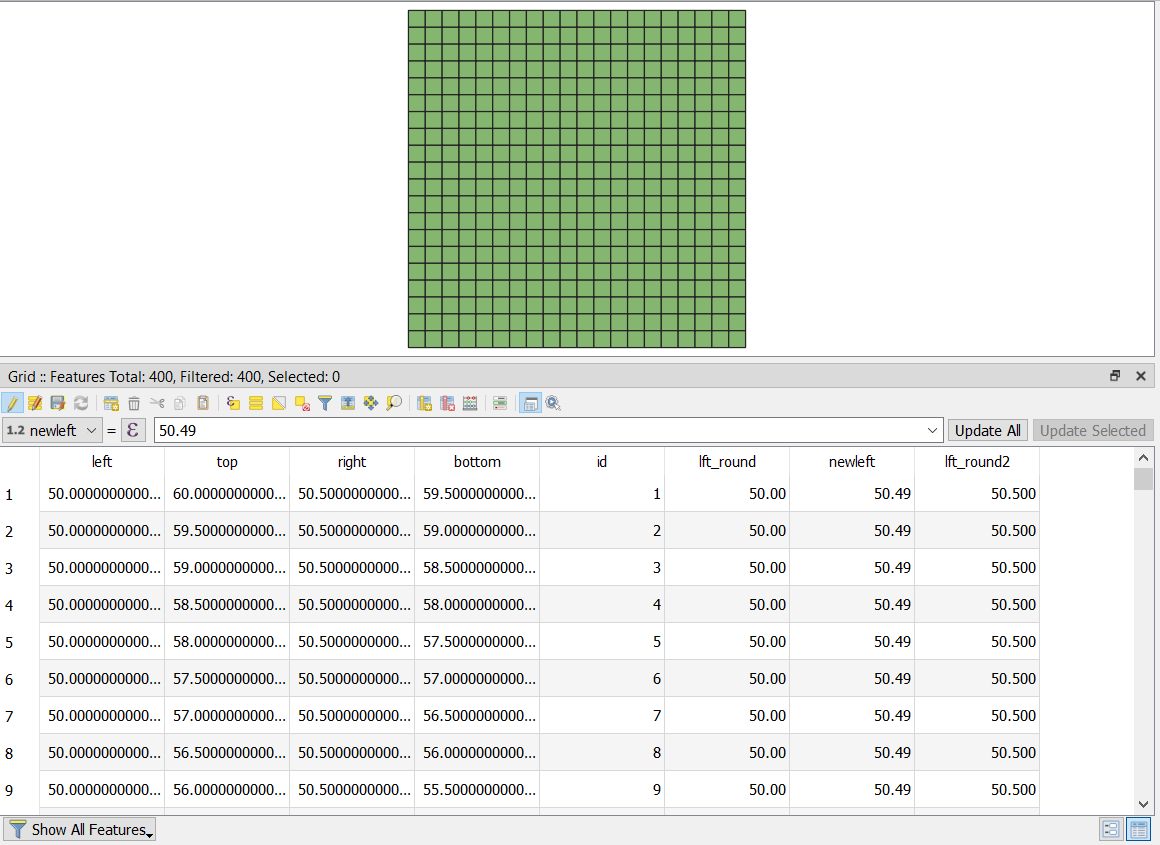 I am not sure what was going wrong in your case. I used the exact version of QGIS 3.4.2. 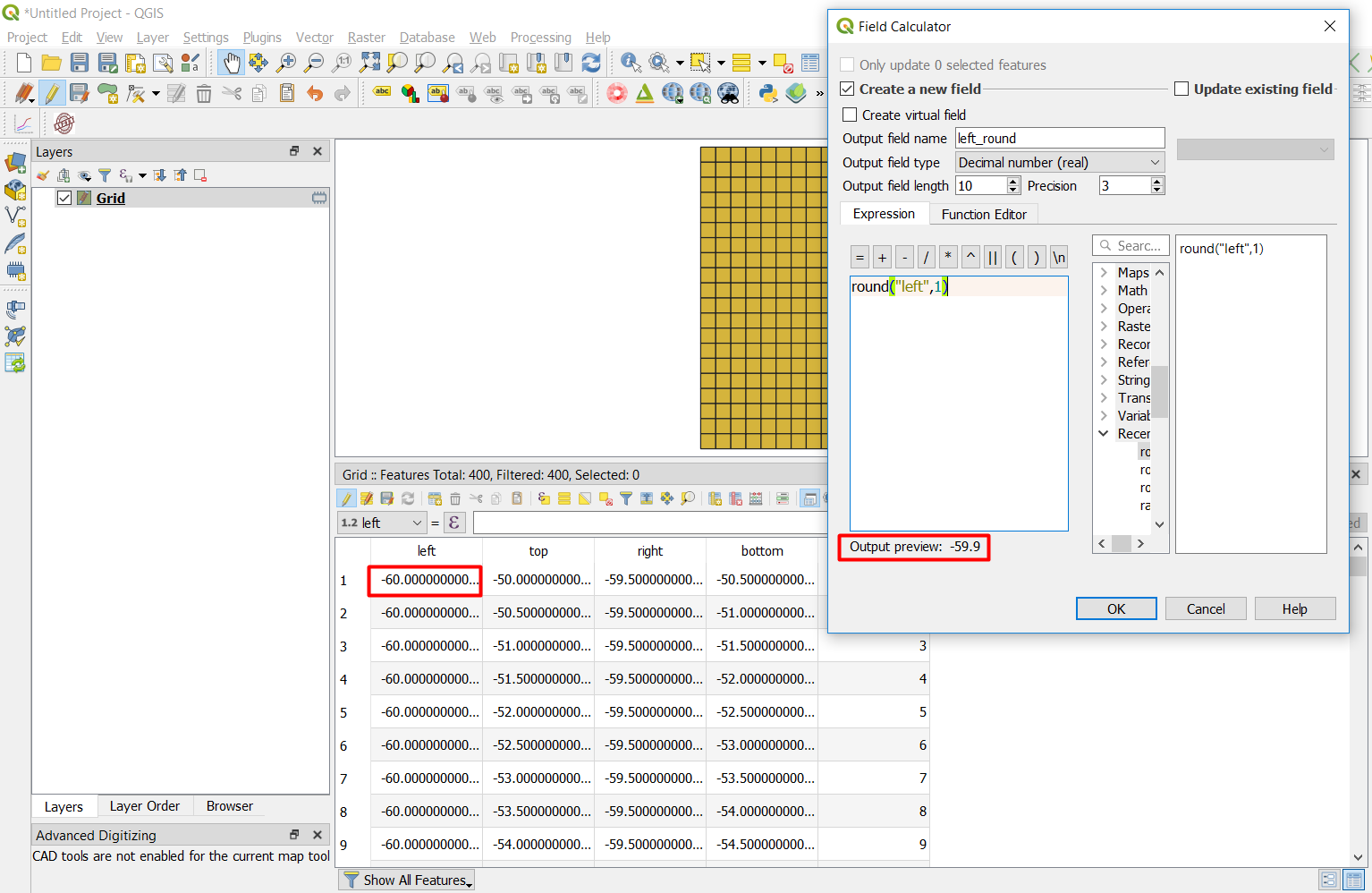 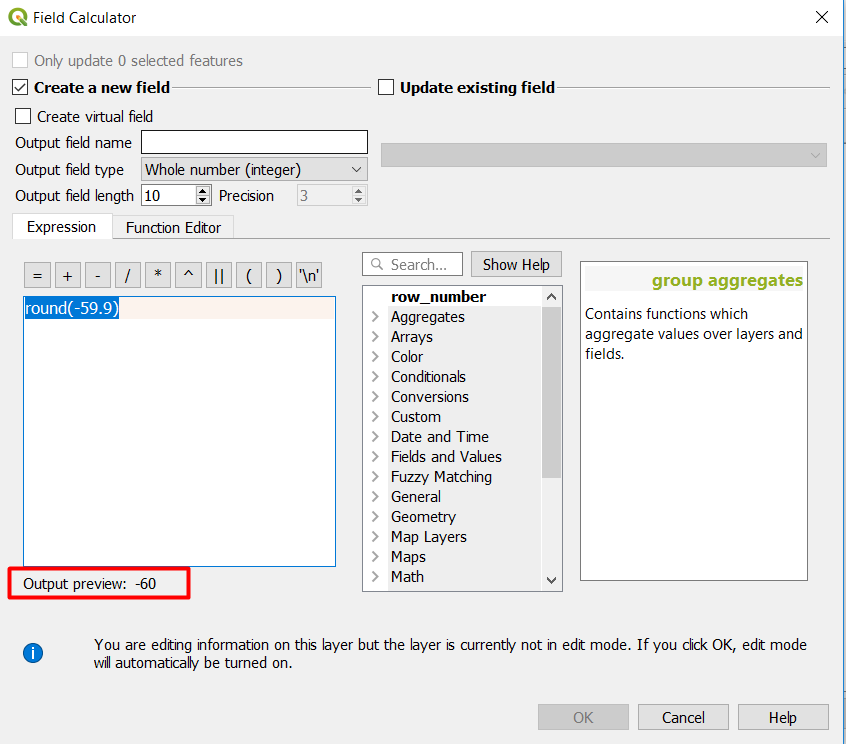