Layers like municipalities, countries,... have features sharing the border of their neighbours: they share the same vertices (except for the features at the edges off course).

I have a municipality layer, which I set with a dashed stroke style. However, for adjacent features, the borders are displayed as a solid line (see picture) 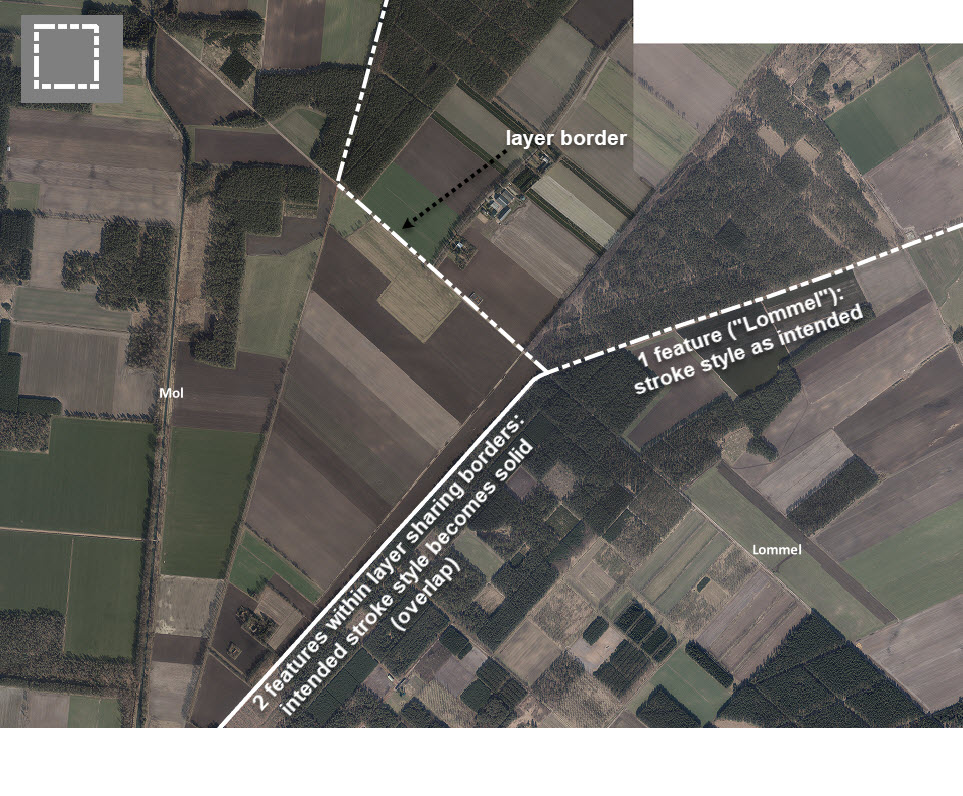 How can I display all borders with a dashed stroke style?

Now it seems to overlap.

The "solid" border is actually two dashed lines. The dash patterns aren't aligned, so the dashes of each line cover the spaces of the other, creating the appearance of a solid line. 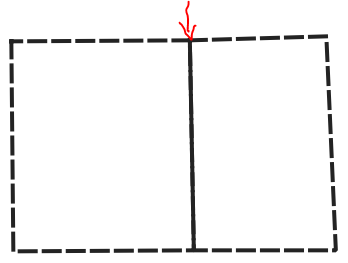 You can prevent the two borders from overlapping by choosing the option "Draw line only inside polygon." 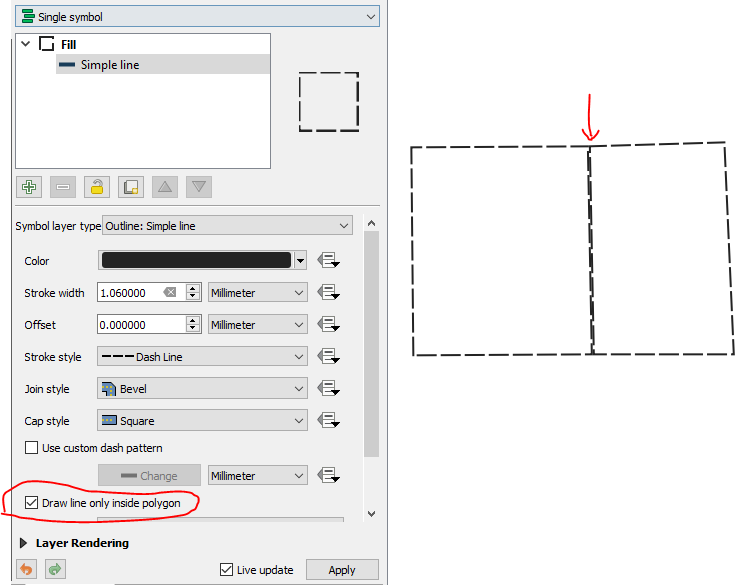 This is the simplest method, but it has two downsides:

To truly fix the issue, convert your polygons to lines. 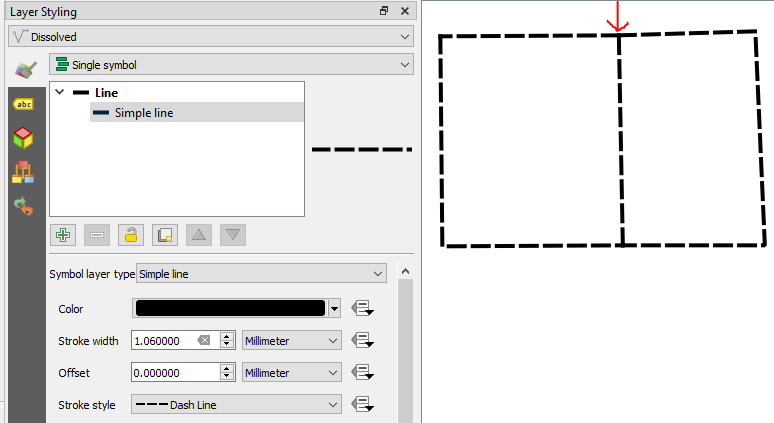 This is not an ideal solution (and I hope someone answers with a better one) but as an interim work-around you could try to following:

Not great I know but hope it helps.

Not the answer you're looking for? Browse other questions tagged qgis qgis-3 symbology borders or ask your own question.

1
Style edges of layer shapefiles to have thicker borders
4
Setting default parameter/style for new layers in QGIS?
8
Converting polygon to lines without duplicate edges?
1
Dashed line with different colour fill and stroke in QGIS
2
Change Stroke Style of a Simple fill Symbol Selector with PyQGIS
2
Extract borders from country polygons
8
Designing Borders with QGIS
2
QGIS 3 replace set of vertices with another set of vertices, like copy/paste
1
Dashed line with arrow in QGIS 3.18.1