QGIS: Edit elevation in DTM to get correct slope of a river

I am new to QGIS and just need it to do a hydrolocic analysis of an area of which I later make a flow model with HEC-RAS 2D.

I made it according to this tutorial: https://www.youtube.com/watch?v=Ro-RRzMMw-c&t=1774s

Unfortunately there is a railway with lower terrain nearly at the end of my river which is misunderstood as the stream so I can't make the catchment area to the very end of the river.

How can I edit the elevation of the DTM to get the correct stream (or is there another way)?

My river "Kraimser Bach" with the wrong end of the stream. It would go along the railway to north direction and not into the bigger river: 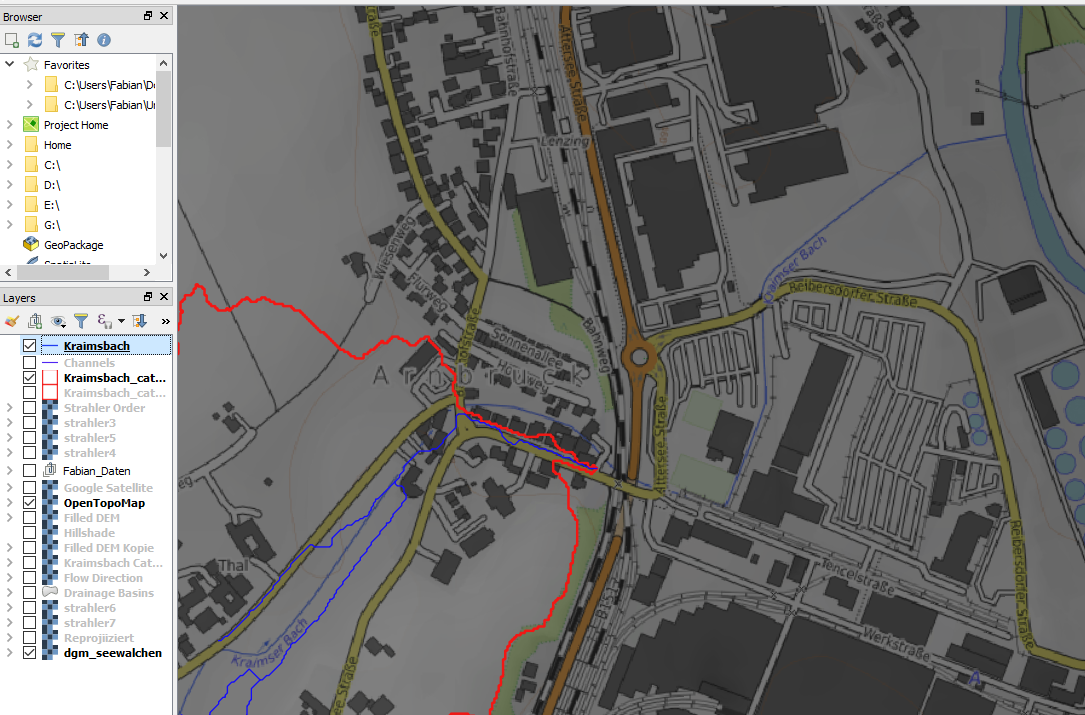 I tried to chagne the z-value of the DTM along this shapefiles to get the correct stream but it didnt worked the way I tried it. 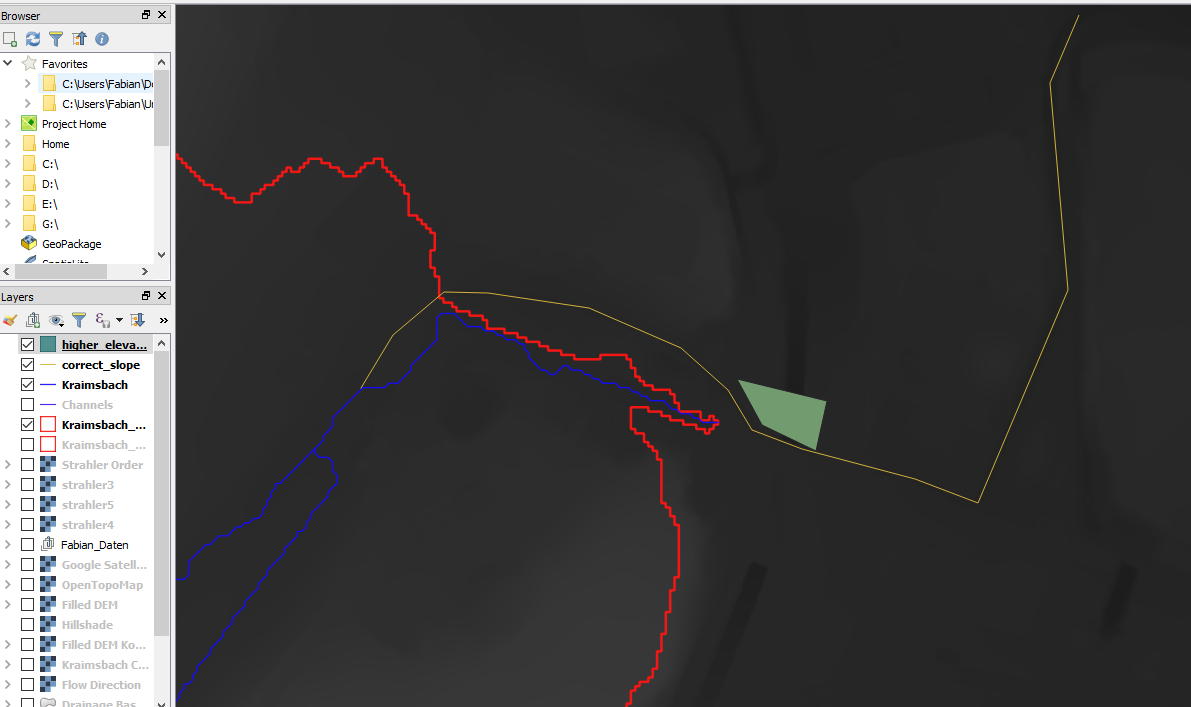 I tried to do it with rasterize from polygons but that didn't work. (According to this: Modifying DEM elevation data in QGIS using a polygon) I also tried it with the SAGA tool "Burn streams into dem" but therefore I would need the real slope and so it didn't worked as well. 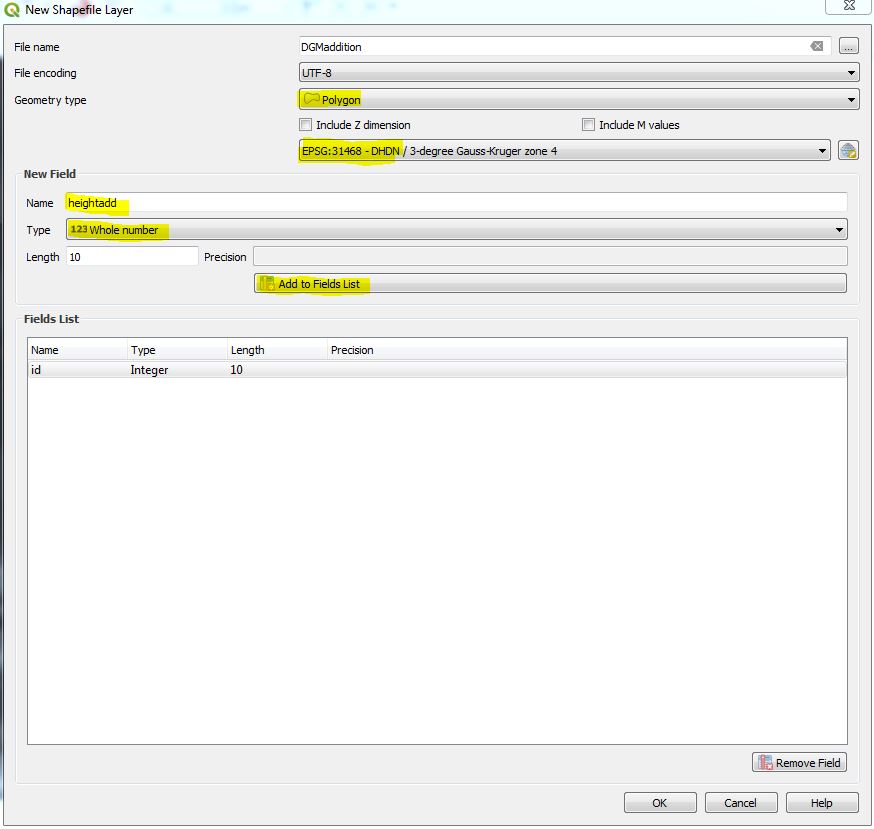 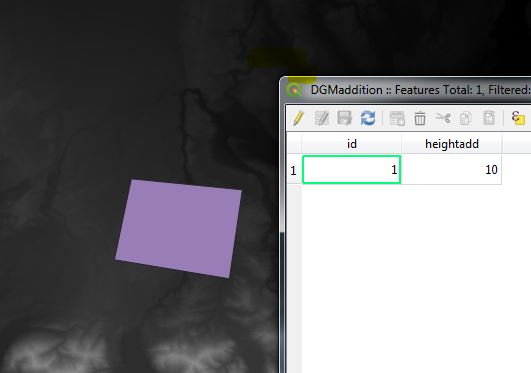 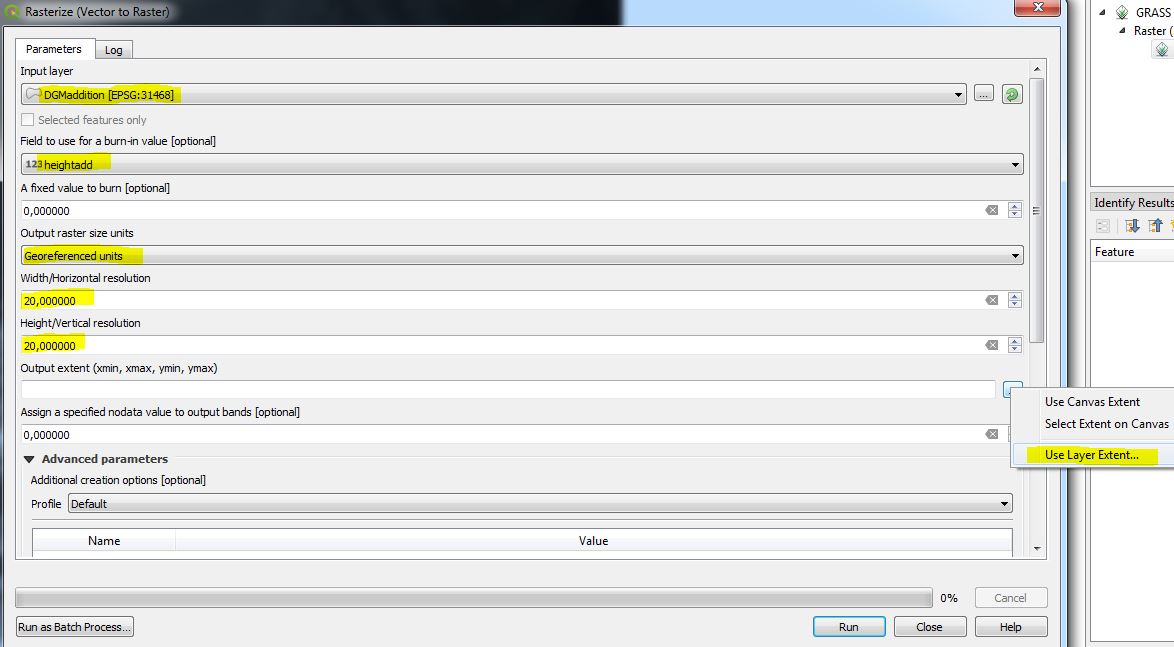 As input layer choose your polygon. For Field to use for a burn-in value choose heightadd field. Set the output raster size units to Georeferenced units and fill it with the original resolution of your DEM, in my example it is 20m. As Output extent choose Use Layer Extent... and use your DEM. 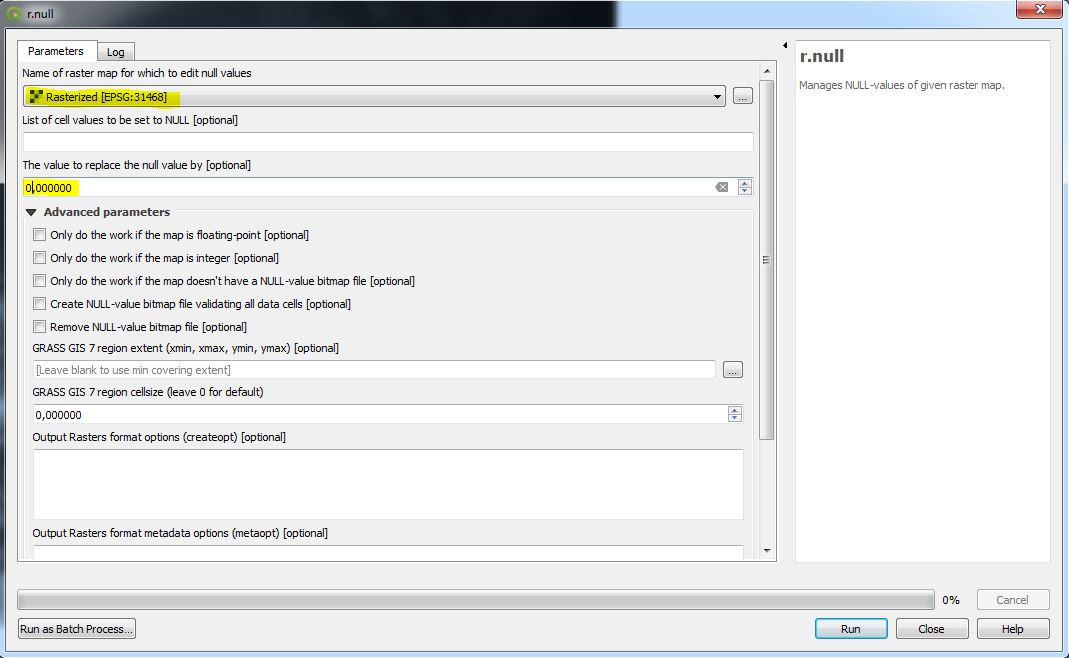 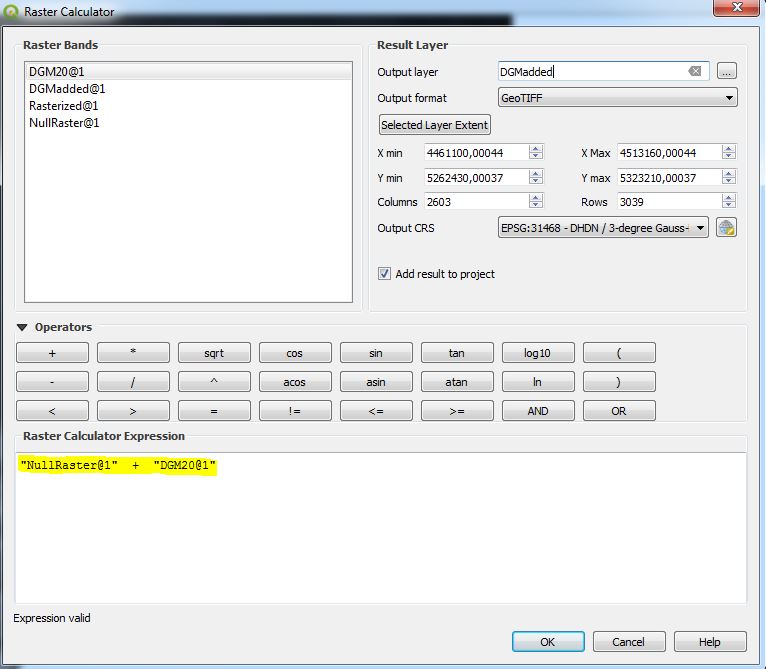 Not the answer you're looking for? Browse other questions tagged qgis dem elevation hec-ras stream or ask your own question.