I'm trying to automate a rather annoying workflow in ArcGIS 10.4 with a Python script. My goal is to extract data from a polygon shapefile into another polygon shapefile which is arranged as a raster (see below). For that I use the tool intersect. Since I´m just interested in the green area in every square I than calculate the geometry of the intersection polygon. Finally I want the area column of the intersection polygon to be joined to the the "grey" polygon file and for that I would use spatial join. All together this works so far but I want just the area column to be joined and spatial join is joining all columns. I can manually delete these but since I'm having multiple files I don't want to do this.

With the help of Google I found fieldmapping but this is not really working and in my opinion its too complicated for what I want.

Is there a simpler approach maybe more Python-related?

It would be great if I could just join only the needed column in the first place.

Has anyone an idea on how I can solve my problem? 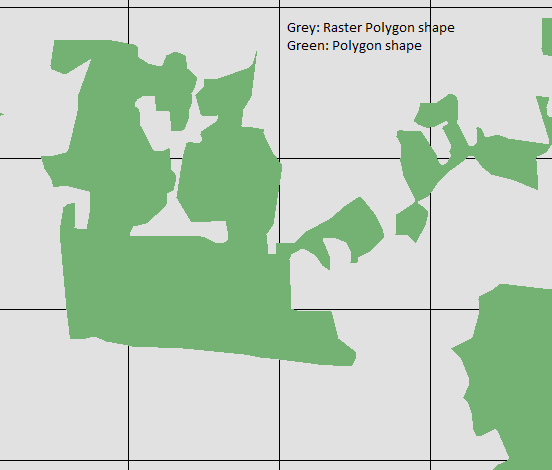 Dictionaries are useful in situations when you need to transfer attributes between feature classes based on id.

From what I understand you dont want spatial join, instead use intersect to calculate the intersecting areas.

To add an attribute to the fishnet with the shape area of the intersecting green area and the fishnet cell you can try code below. The (join) key is the fishnet objectid. 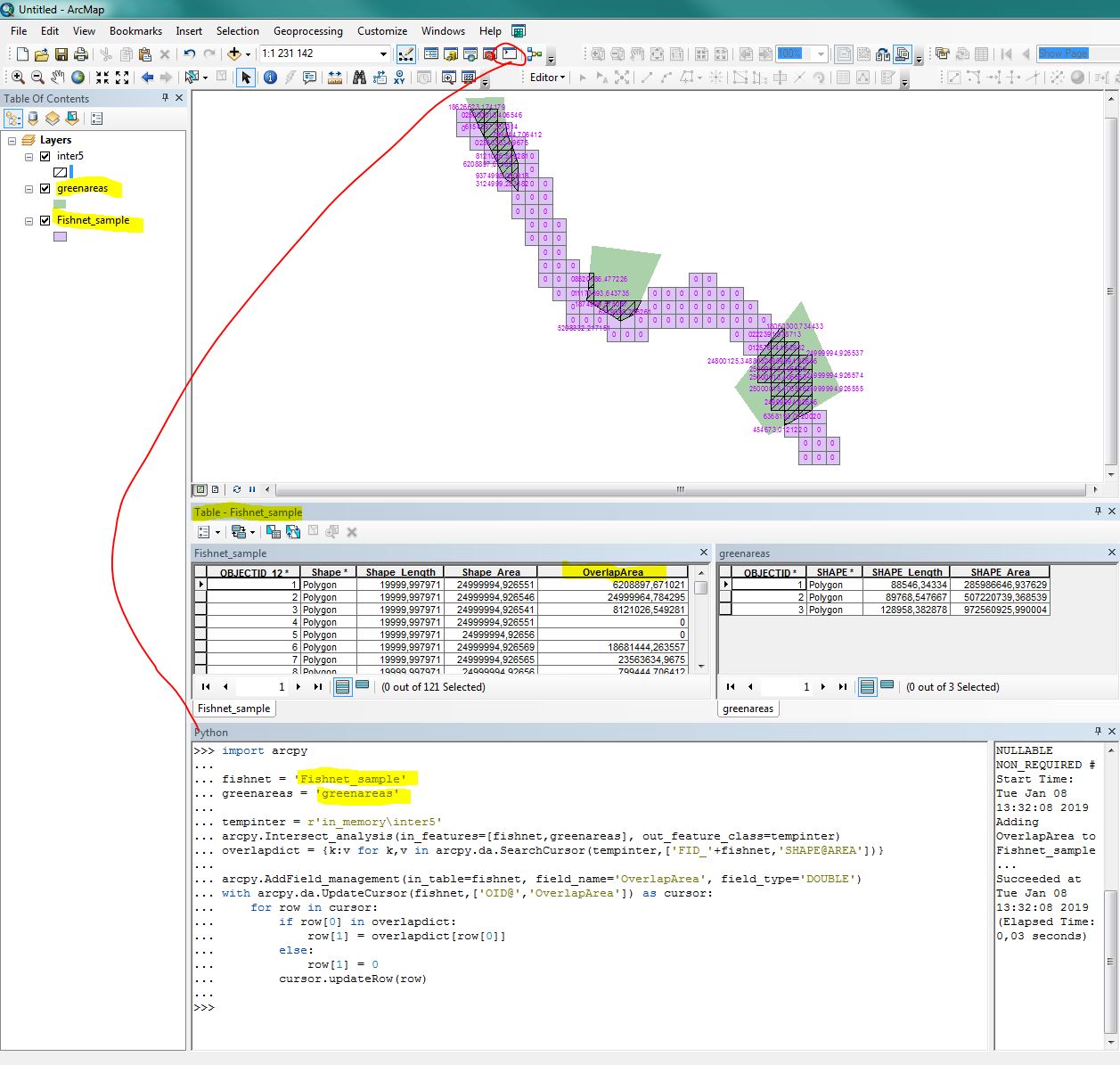 Not the answer you're looking for? Browse other questions tagged arcgis-desktop arcpy python-2.7 spatial-join or ask your own question.