I am trying to install a QGIS plugin manually, I've been using the instructions from the PyQGIS Programmer's Guide by Gary Sherman. I've also found several helpful threads on stackoverflow such as:

How to install a QGIS plugin when offline?

How to Install QGIS 2.6 plugins offline (Though I am using version 3.4)

I've created a plugin on a local drive using the Plugin Builder.

and I copied my plugin directory to my QGIS plugins directory. Here is a screenshot of my directory, with some other plugins I've installed using the Plugin Manager. My test plugin is called "whereisthis": 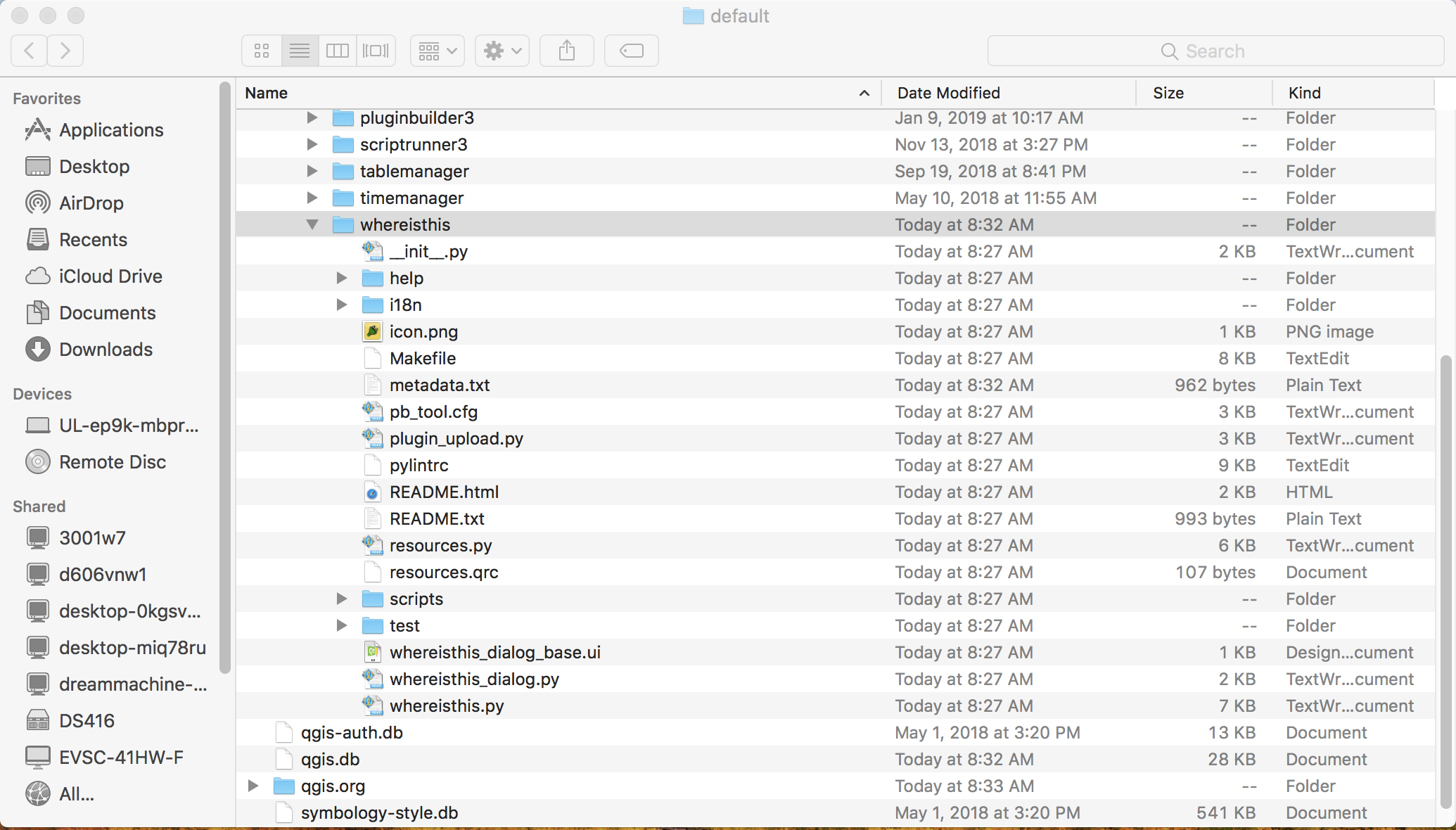 When I open the Plugin Manager in QGIS, the other plugins in the same folder are visible under installed (such as NNJoin, mmqgis, EcoValuator) but 'whereisthis' is not on the list: 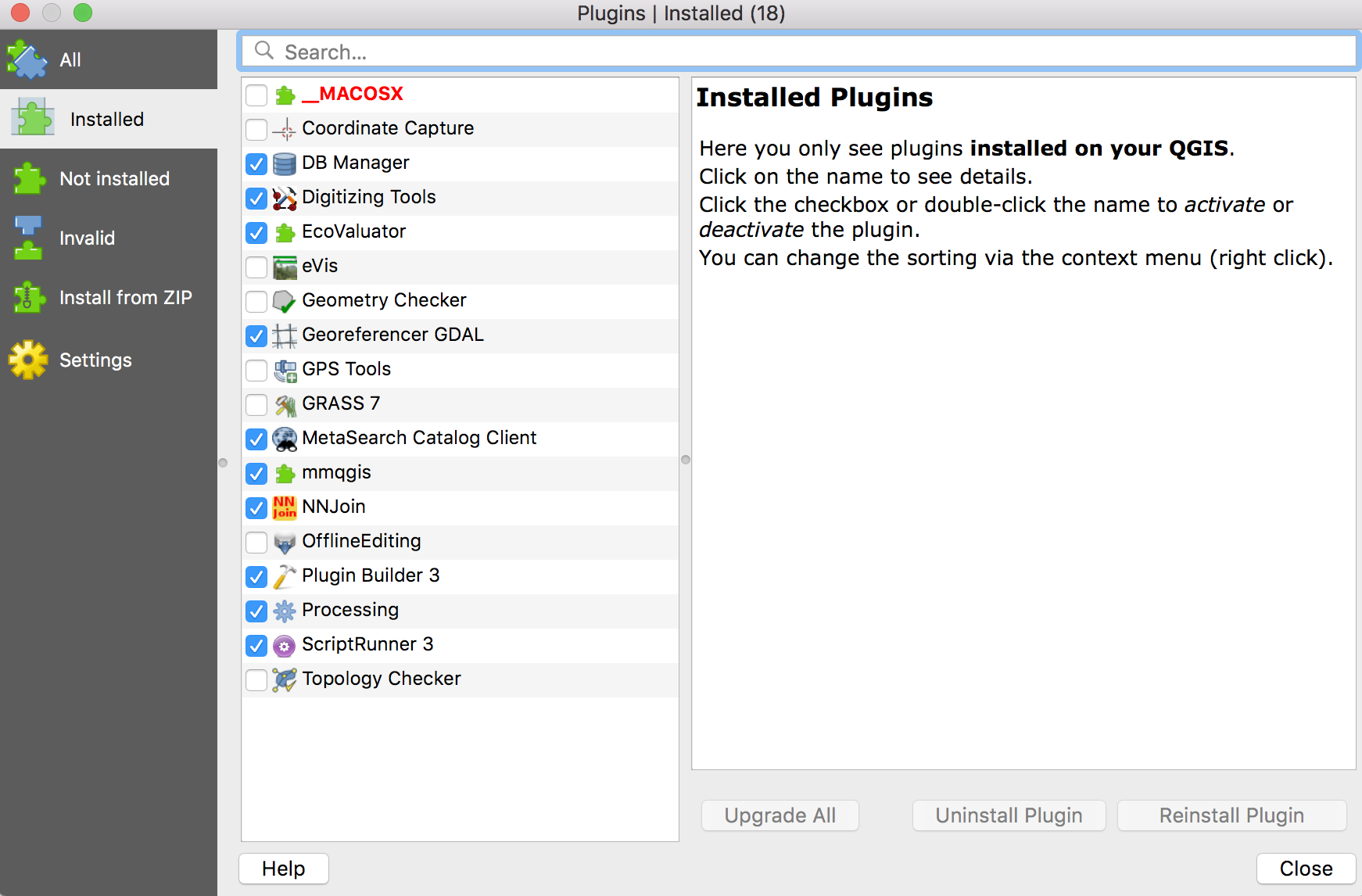 The book states: "You should now see your plugin in the list of installed plugins". But it is not there.

According to the other stackoverflow threads which I referenced earlier, I have reloaded my repository, I have enabled experimental plugins, I have rebooted QGIS and my machine (several times).

I also edited my metadata.txt file to make sure the correct minimum and maximum versions are available: 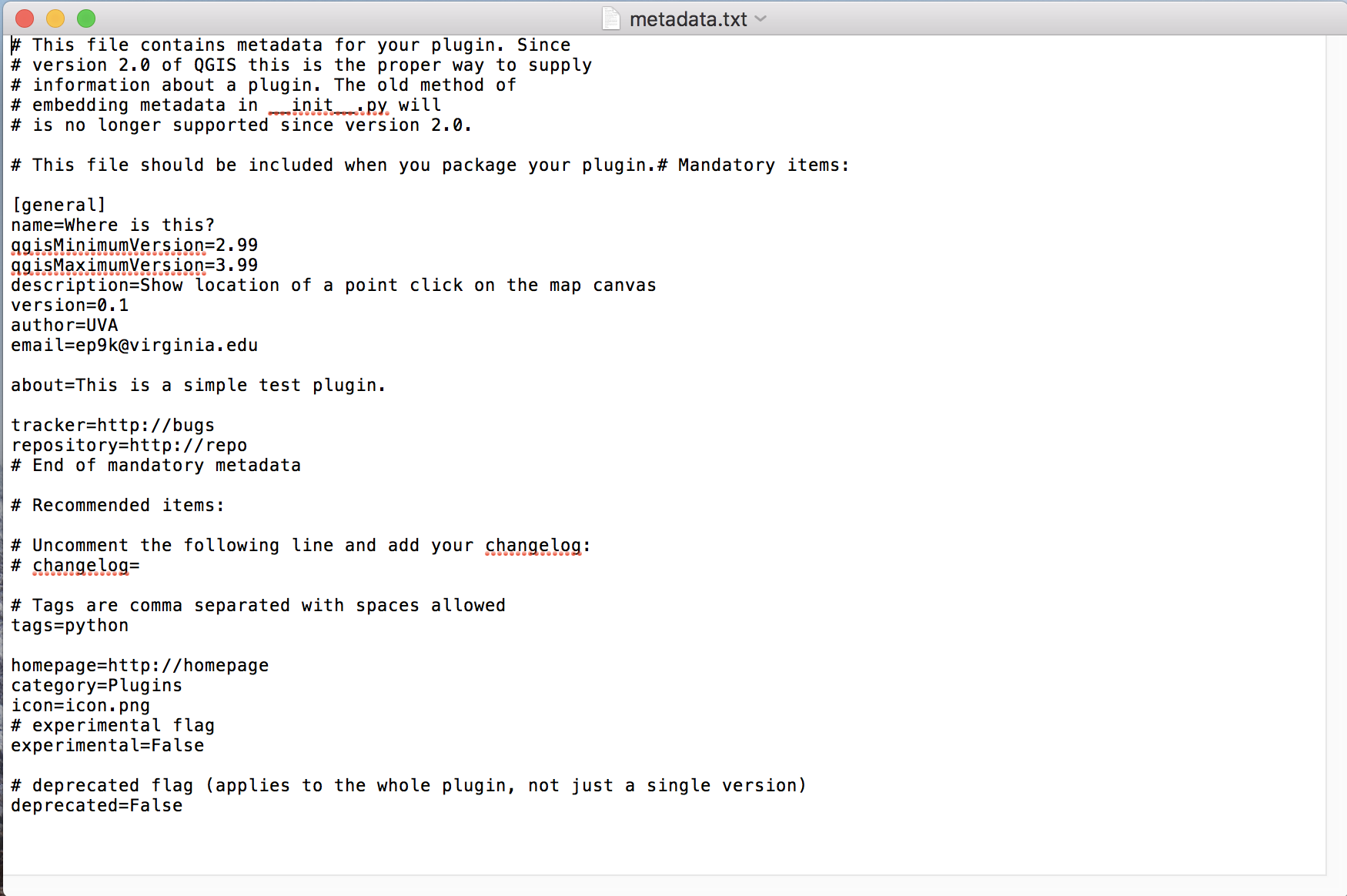 The plugin is also not in the "Invalid" tab of the Plugin Manager: 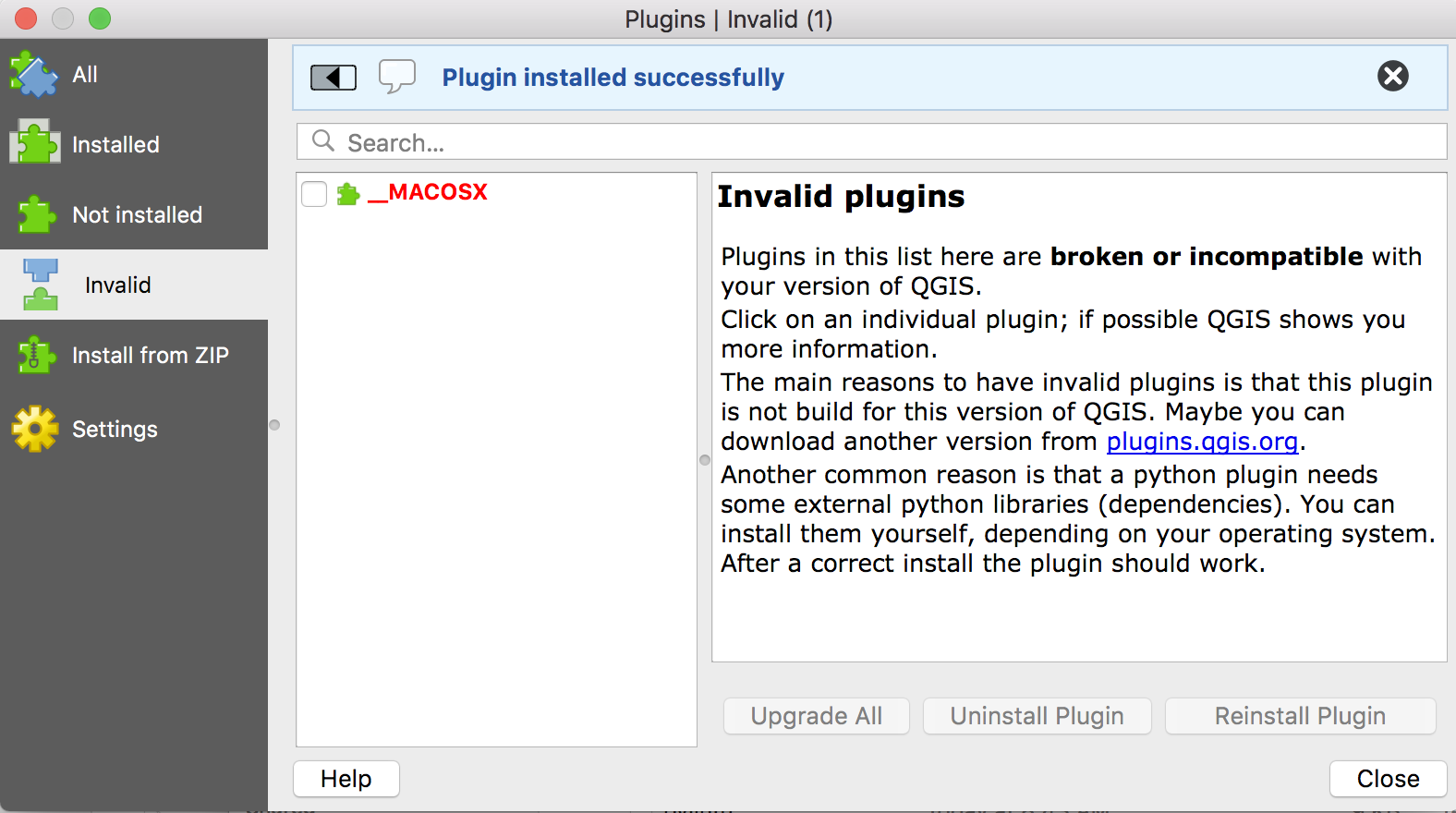 Is there something else I am overlooking?

Probably, your problem is in this command:

QGIS documentation has some issues due lack of adequate actualization. I did same plugin and right command is:

Additional details can be observed here:

Not the answer you're looking for? Browse other questions tagged qgis pyqgis qgis-plugins qgis-3 pyqgis-3 or ask your own question.