I have been familiarising myself with QGIS and the free information Ordnance Survey provide. Though I'm struggling to find further data specific to my needs.

I want to produce a map plotting renewable energy in the UK (or at least operating wind turbines) against locations of operating data centres, preferably on a background of wind speeds.

By so far I have seen only these sources:

When you import a shapefile (or zipped shapefile) into QGis is just displays the data using a random color. So you need to style it and select a attribute to colour it in by and how you'd like the values mapped to colours. 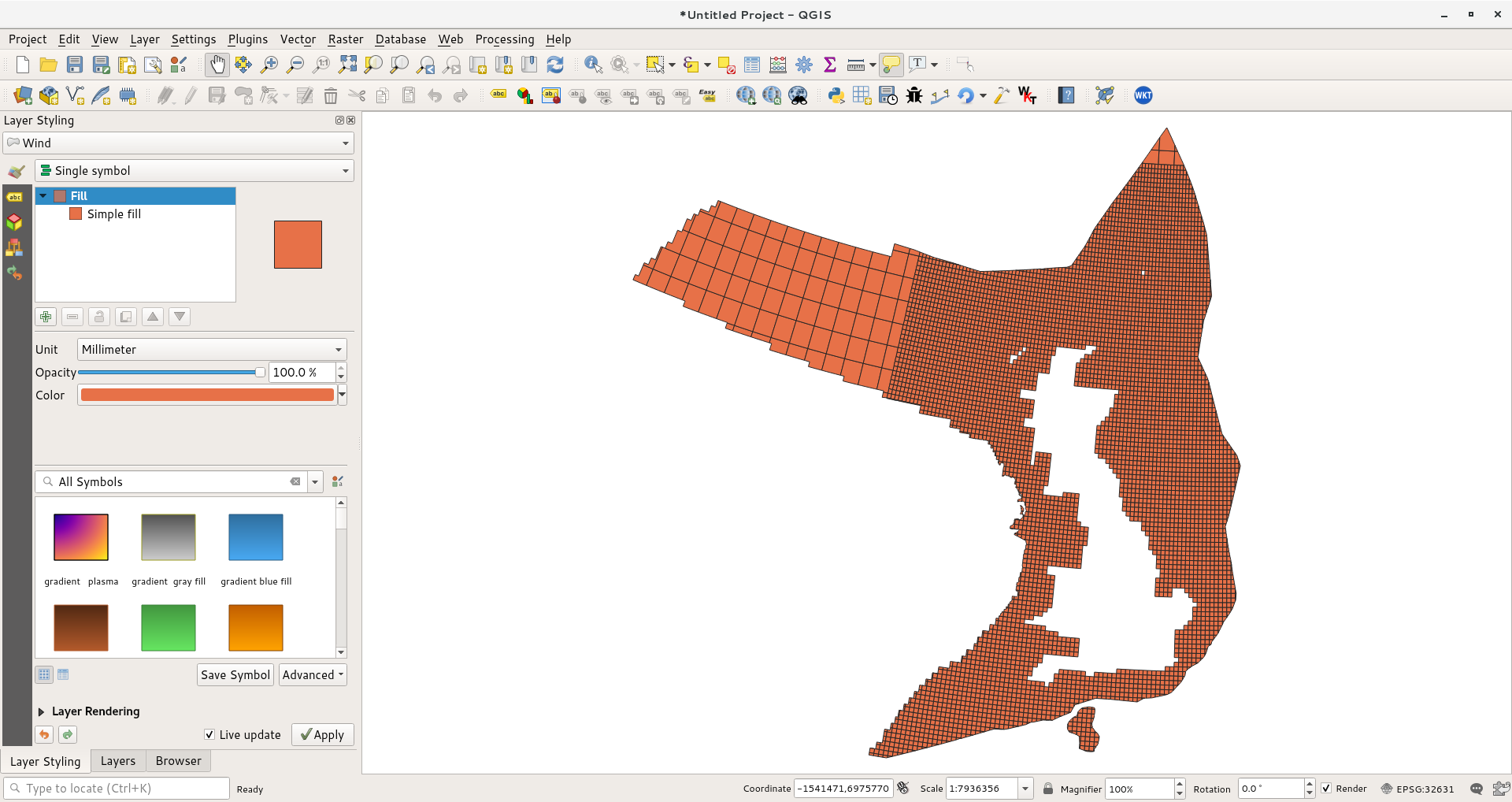 The trick with the wind speed data is to read the documentation (boring though that is) - so looking in the included "Wind_attributes.txt" file gives us:

If I choose to use a Graduated style I will get a choice of columns to map. Based on the above list it looks like if I pick an_ws_80m I will be mapping Annual Wind Speed at 80m above sea level.

Pressing the classify button will apply the settings to the map. I find that the map looks better with Jenks Natural Breaks rather than Equal Intervals but your mileage may vary. I have also increased the number of classes. 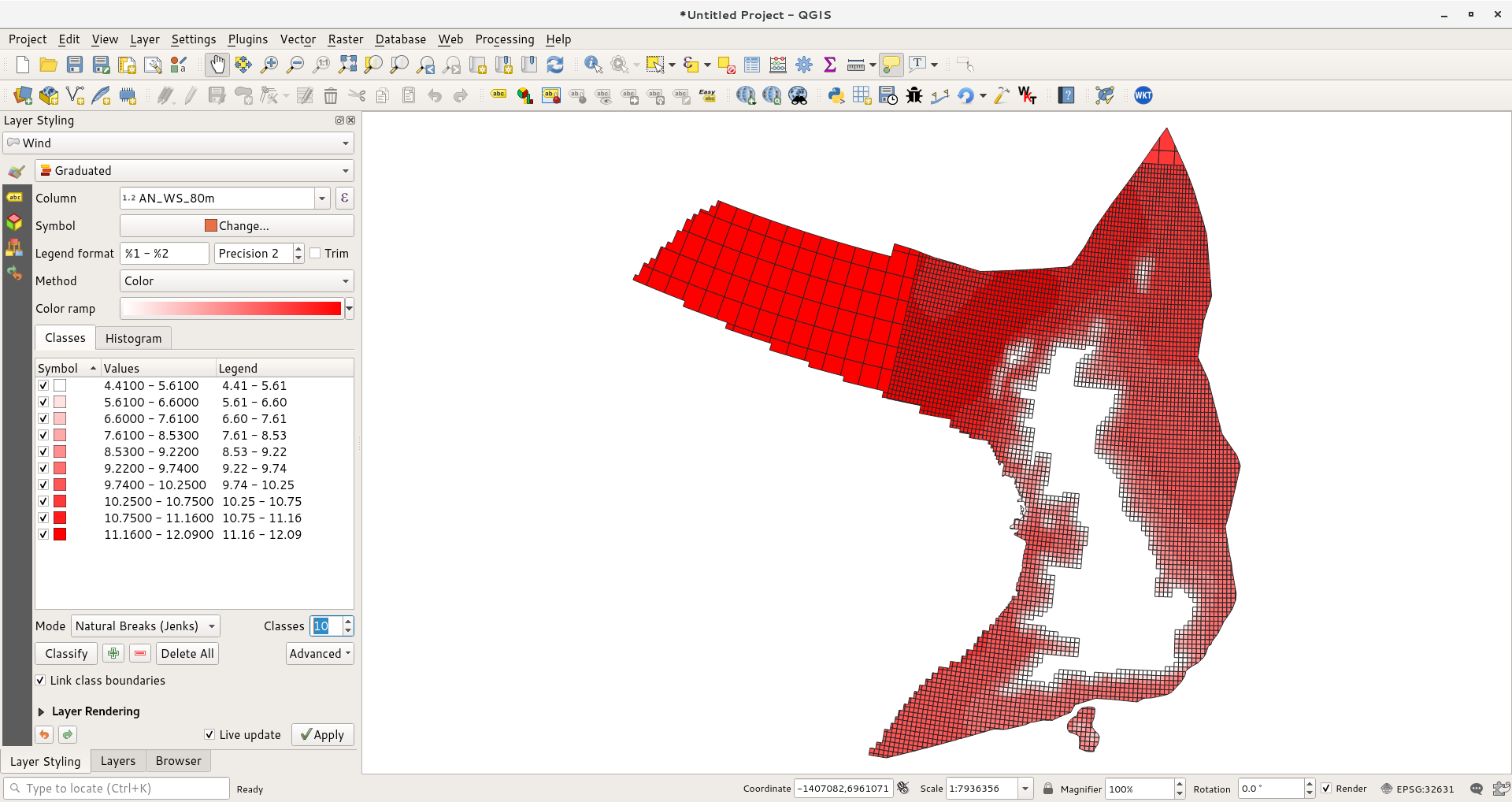 Finally to make it look a little nicer I removed the black lines by setting the Stroke style to No Pen. 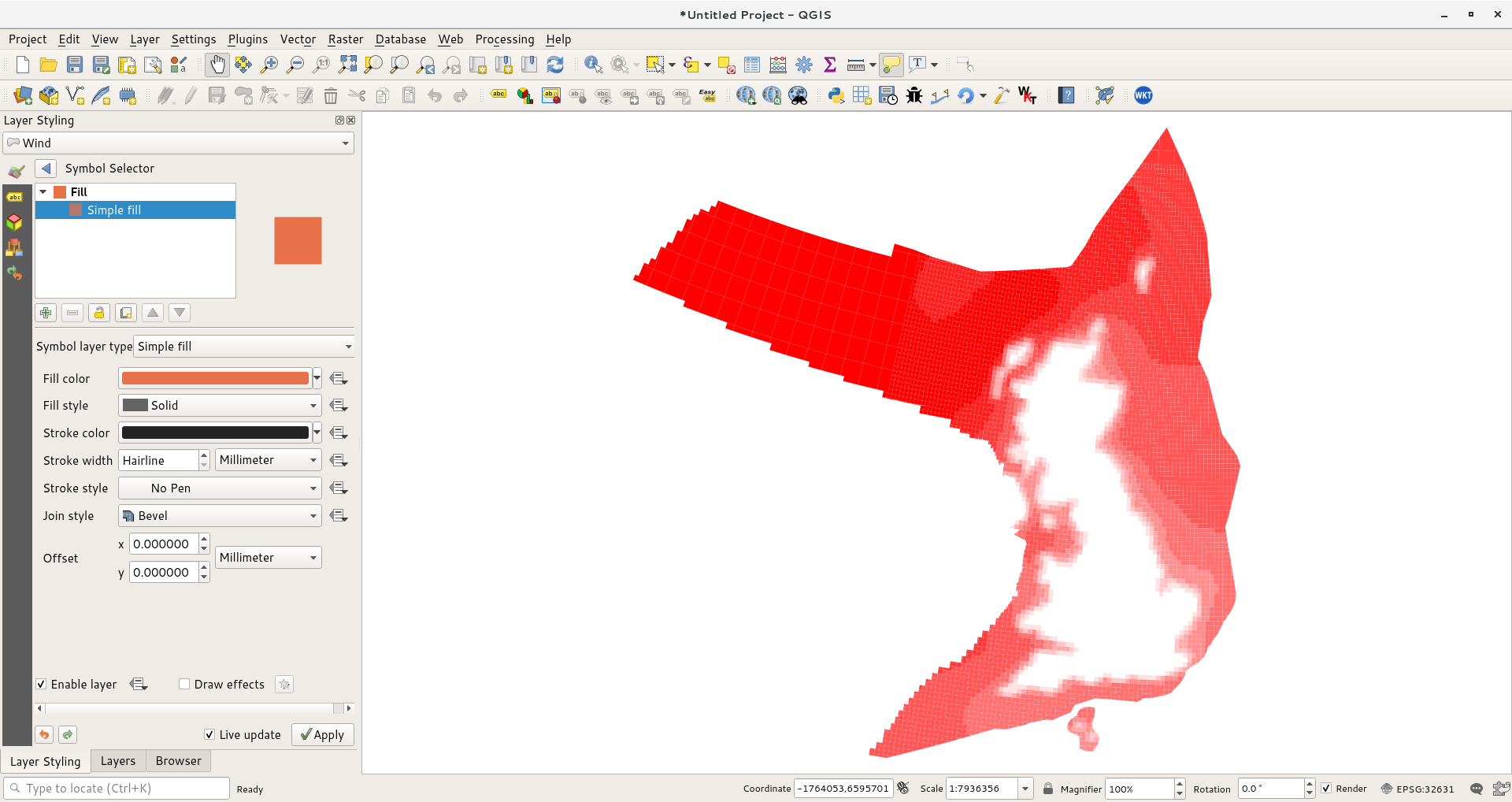 Not the answer you're looking for? Browse other questions tagged data united-kingdom or ask your own question.

0
Digital Soil Map of the World