I have a spreadsheet detailing fuel poverty in the UK, against a) individual parliamentary constituencies b) county and c) local authority. This can be found here if anyone needs to look: https://www.gov.uk/government/statistics/sub-regional-fuel-poverty-data-2017

I want to map this in QGIS (preferably as symbols of different size, rather than shapes denoting the actual shape) but the location information is based on codes (e.g. Darlington is E14000658 as the Parliamentary Constituency).

Is there a way to convert this to say co-ordinates for mapping? There are many hundreds of fields so I am not really able to do this manually...

First you need the parliamentary borders, which you can download as a shapefile from

You can also get the data generalised or clipped to the coastline - search for "Westminster" seems to get most of the options:

this shapefile loads into QGIS, and has a pcon15cd column, which is the 2015 parliamentary constituency code, which starts with E14.

From the spreadsheet with E14 codes, save as a CSV and load into QGIS, which will appear as a layer with no geometry. Then use QGIS' JOIN too relate the data from the CSV to the polygons in the shapefile. You can then use a QGIS style setting to map the centroid points instead of the boundaries, and colour according to the linked value from the CSV.

There should be a few blogs on this process, or even in the QGIS documentation.

But quite quickly, and with a few "gotchas" (like stuff on the start and end of the spreadsheet), I produced this: 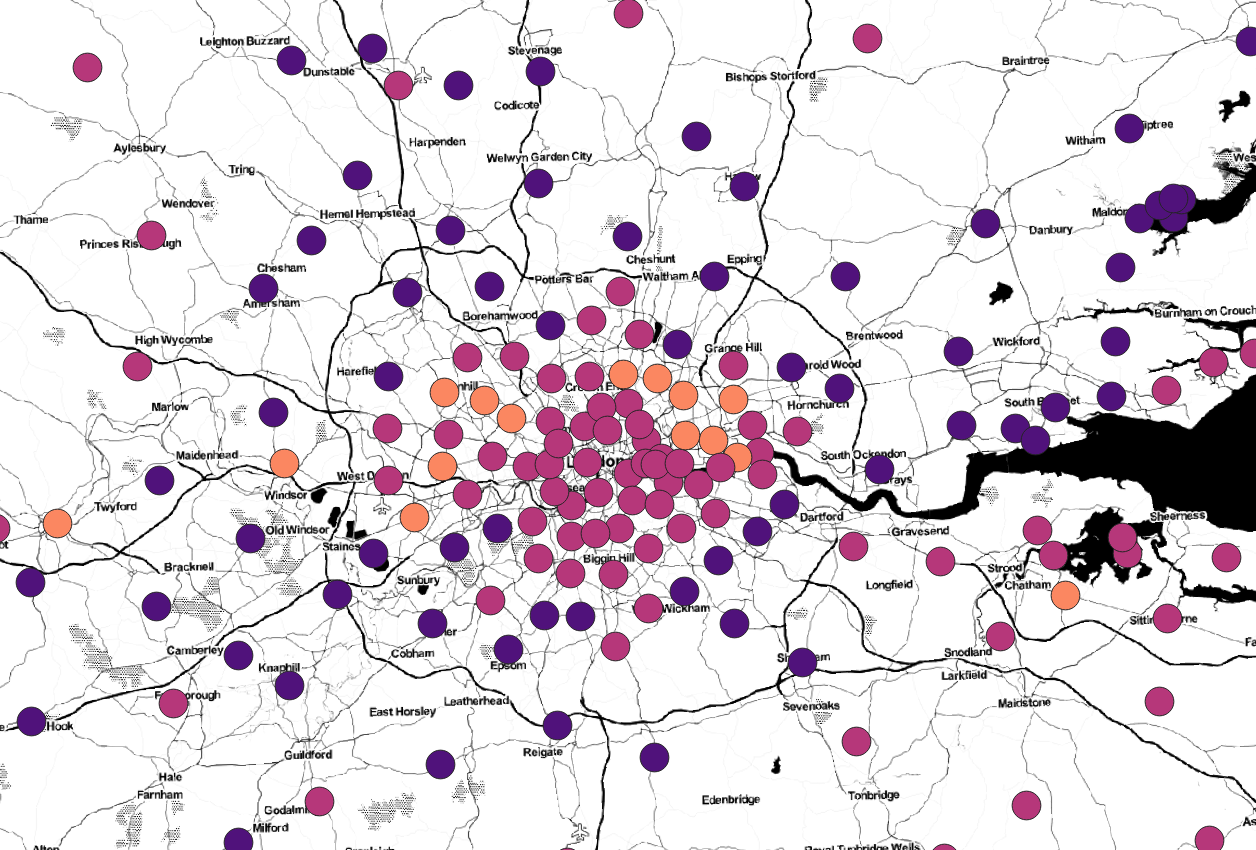 which is a point map of the centroids of electoral constituencies coloured by one of the variables in the fuel poverty spreadsheet.

Not the answer you're looking for? Browse other questions tagged qgis data convert coordinates or ask your own question.