I was testing joining a dataset to shapefiles in Qgis. The text file that I used in my earlier testing as my csvt file worked perfectly and I was able to create gradient maps using my joined dataset. However, I have now moved the exact same dataset and the exact same csvt file over to another map in a different project. I joined the dataset to this map in exactly the same way with the csvt file in the same folder, just as before, but I am no longer able to create gradients using the data from the dataset. Specifically when I try to select the column to use for the gradient it should (and did) list 22 different variable options which are floats, now it does not list any as options. I have not changed anything in the text file, nor the dataset, so I have been unable to figure out why this worked fine earlier and no longer does. 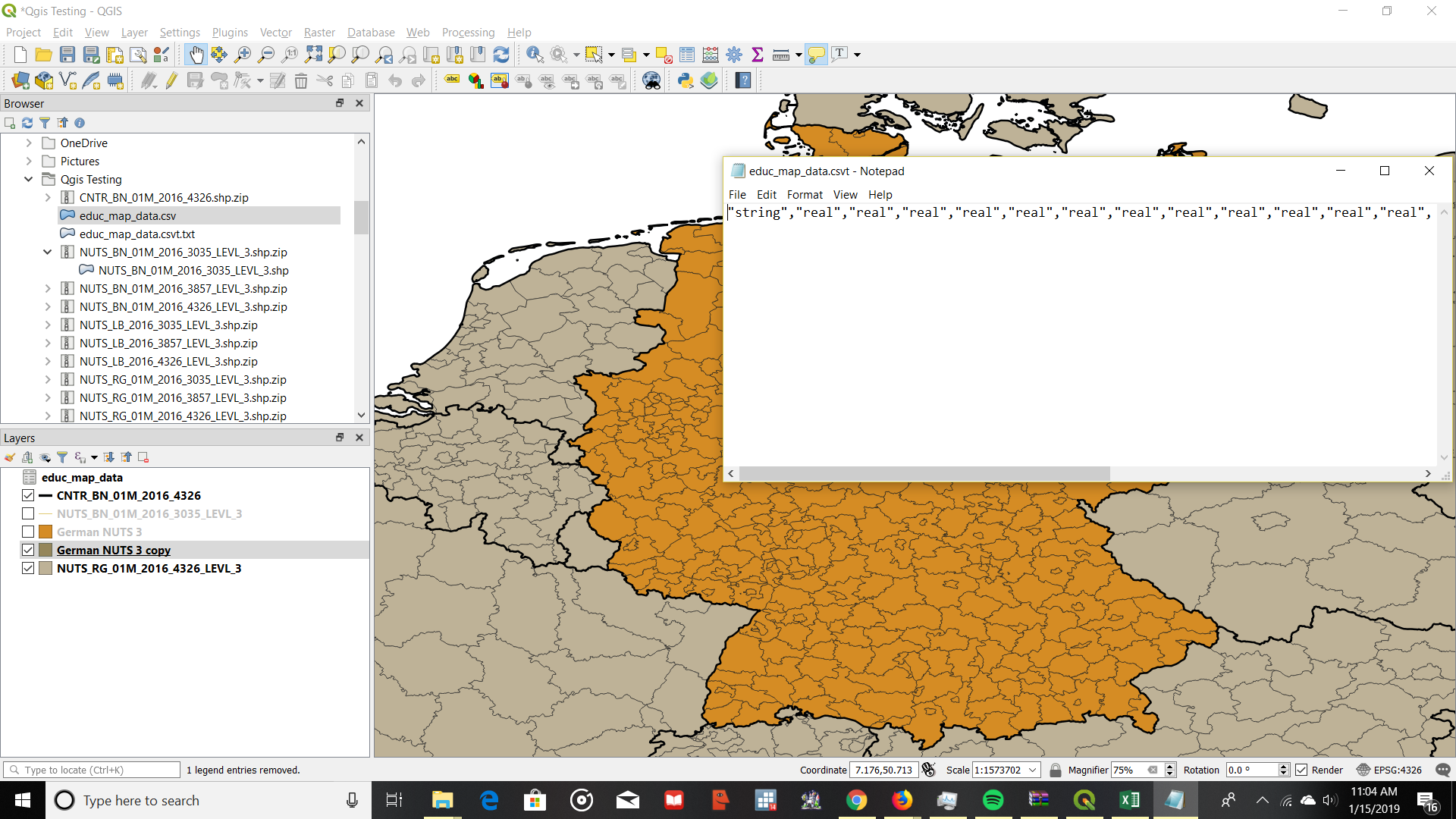 Your csvt is not working because it does have a txt extension also (see your attached image) . In windows explorer activate view file extensions and erase the .txt. That should work

1
How to standardise colour-value graduations across multiple maps
5
Importing CSV file with csvt data in QGIS (2.8) will not assign type “date” to fields
2
Adding a table nulls all values in one column
2
Merging two “text string” columns in QGIS?
0
Spatial Join a List of Feature Class Files from Seperate Directories
0
QGIS: No easy way to change .csv columns to integers?