I have two polygons in different layers. I am trying to find the intersect between the two polygons. Below a figure showing my test case. I initially wanted to find the intersect between the green polygon and a bunch of other polygons and wrote a code for that. For all but one polygon this functioned as expected, shown below is the one polygon for which my function fails. 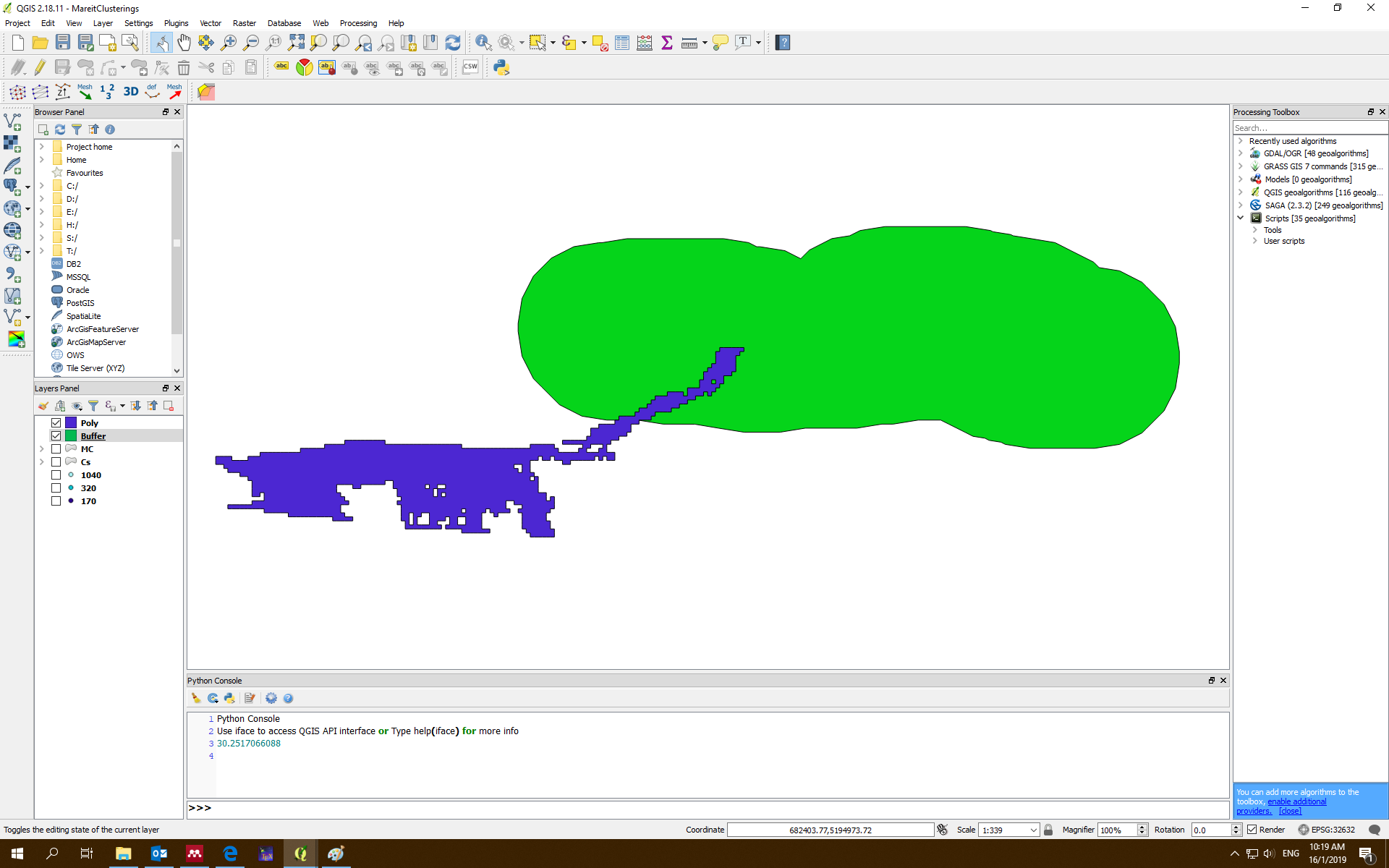 This code worked for all other polygons I needed to find the intersect for except this one. The output layer contains one element (as expected) but nothing is plotted. The print outputs of this code are:

It accurately computes the area of the polygon I expect to obtain but the .asPolygon() output is empty, which I expect is why nothing is plotted. What could be the reason for this, and how can I obtain the intersect between these two polygons?

Browse other questions tagged pyqgis polygon intersection qgis-2 or ask your own question.