Borders appear when reducing the global opacity of multiple raster images in QGIS 3.2.3 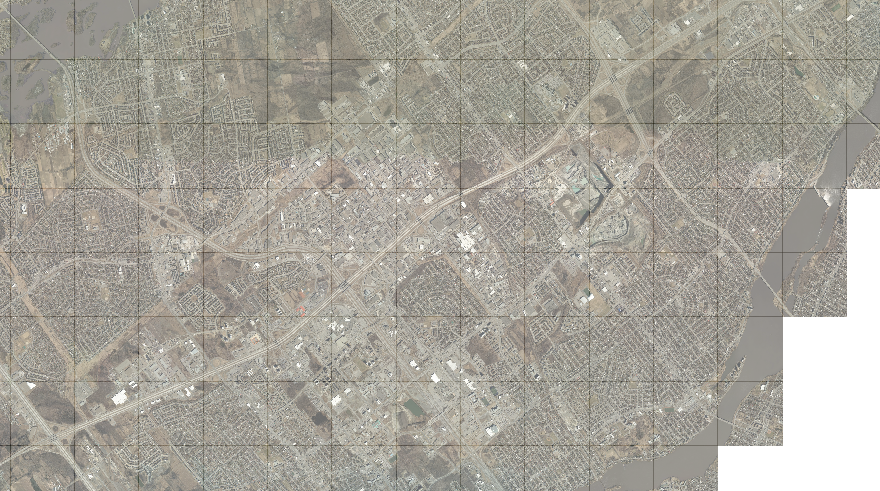 I want to reduce the opacity of multiple raster images and when I use the global opacity slider to do so, black borders appear between my images. I would want to eliminate these borders. 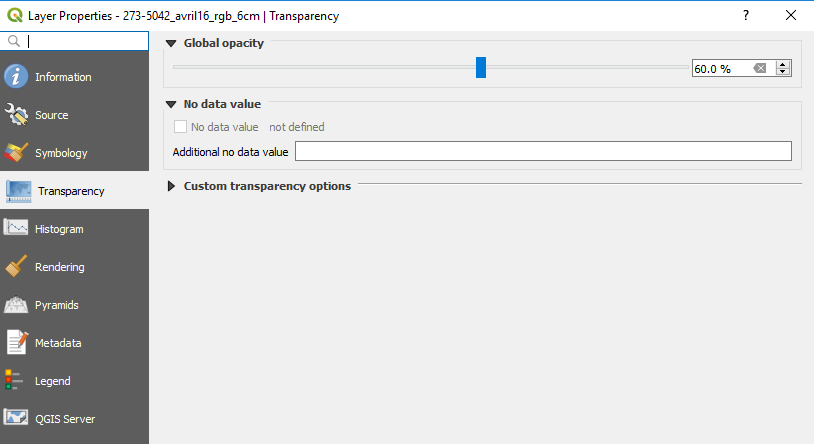 It looks like your rasters overlap slightly. When you make overlapping rasters transparent, the overlapped area will appear darker than the surrounding area. With an array of rasters, this creates the appearance of a dark border around the each raster.

Easy Solution - only works if the rasters are your base layer

Create a new vector polygon layer and manually draw a polygon that covers all the rasters. Set the style to simple fill with no border, make the polygon fill white, and set transparency. 80% transparency for the mask layer creates a similar appearance to the raster layer transparency of 20%.

More complicated solution - if the rasters are not your base layer

If you need to overlay the transparent rasters on top of other data, you'll have to remove the overlap. You can do this manually with one of the GDAL Clip tools: 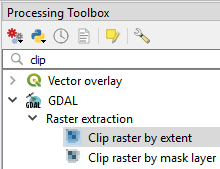 Since you have so many rasters, removing the overlap manually will take a long time. Using the batch processing mode of the GDAL clip tool will speed it up. Even faster ways may exist, such as automating the clipping with Python, or building a virtual raster.

You can solve overlaping issue and its much easier to manipulate with one catalog than with many rasters.

Not the answer you're looking for? Browse other questions tagged raster image transparency qgis-3.2 opacity or ask your own question.

4
How to load multiple images with the same CRS?
4
Cropping or removing borders (not NoData) from multiple scanned and georeferenced maps (ArcMap or QGIS)
5
How do I eliminate the black border on a georeferenced map layer?
5
QGIS raster image transparency, NO DATA value for all raster images?
0
How to make black areas tranparent in GeoWebCache when using Geoserver to cache multi band imagery?
2
Making raster dots appear bigger when zoomed out on the map, QGIS
7
What is the simplest way to get the average of multiple raster images while ignore nodata?
2
Seeking Image similarity software?
1
QGIS: Clip Raster by Mask Layer-permanently remove black edges
0
Filter out duplicate Sentinel-2 Images form Earth Engine Image Collection by date