How do I change 'Coordinate Display' for a project, programatically?

From the user interface in QGIS, I can change the coordinate display (unit) for a project by going to:

Project > Properties... > General (tab) and under the Coordinate Display section can change the setting for Display coordinates using to Decimal degrees.

How do I do this with pyqgis?

Also tried setting the destination CRS to one that uses decimal degrees, as per AWGIS's suggestion, but again it's made no difference:

Bonus points if you can point me to a reference where I could have looked this up myself!

I know that my answer is not complete but it is adding more context for getting a completely right answer. For example, if you write at Python Console of a recently opened empty project of QGIS 3:

you got default CRS (Coordinate Reference System) for this empty project. If you load a layer with a EPSG of 32612, automatically it is changed to this one:

Before doing anything, it can be observed (red rectangles) that coordinate units are meters in, respectively, Coordinate Display (Project Properties|General), Measure Tool and Status bar (bottom). 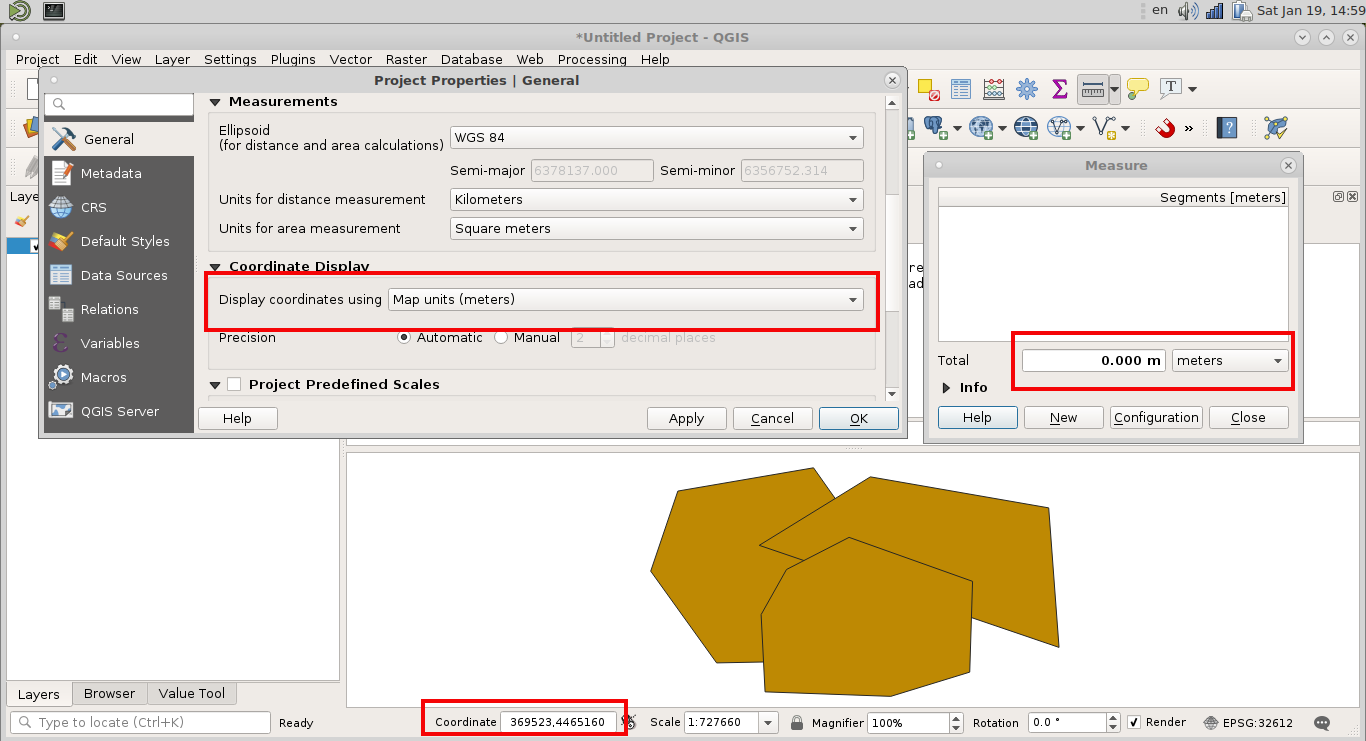 If manually is changed the setting for Display coordinates using to Decimal degrees (your proposal above) it can be observed, at status bar, that units were changed automatically to decimal degrees, however, CRS and Measure Tool units remain unchanged (below image). 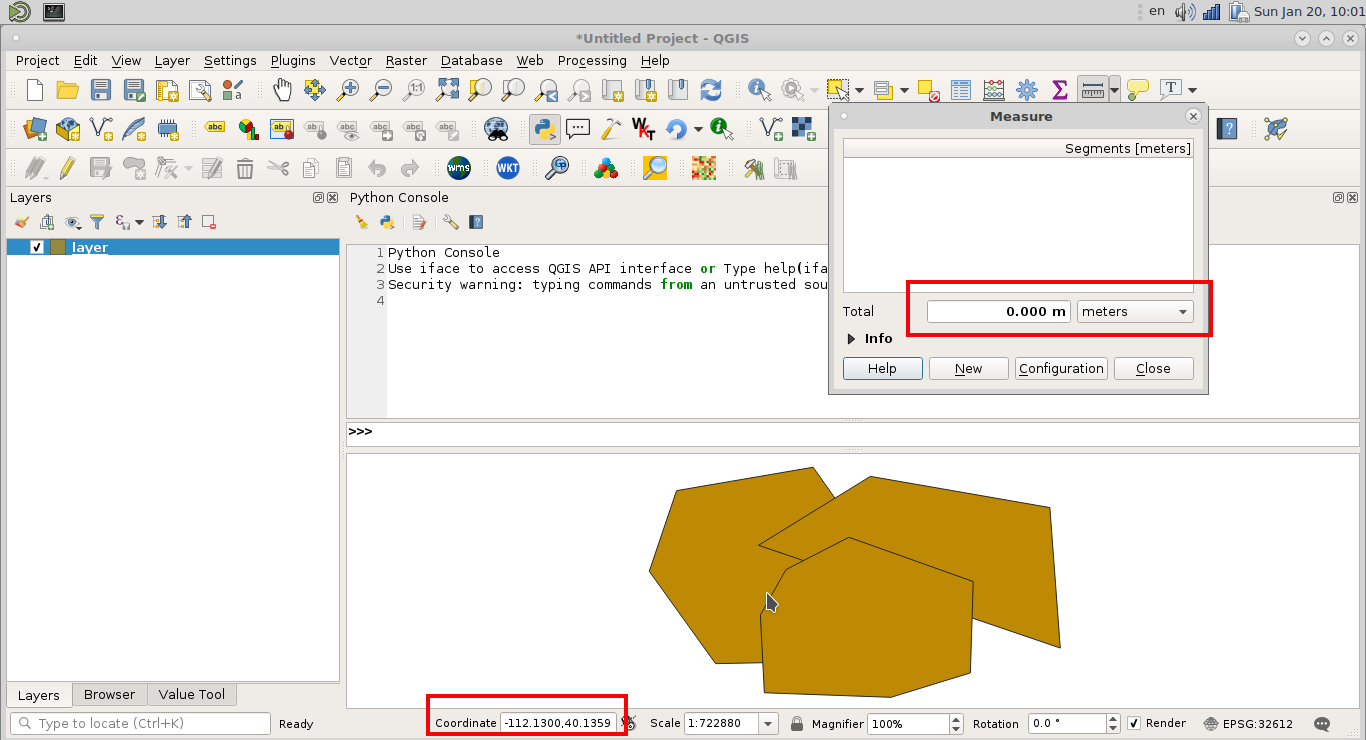 So, I believed that with the setting for Display coordinates used to meters again and following command:

I would have expected result but, it only has effect on Measure Tool (at below image): 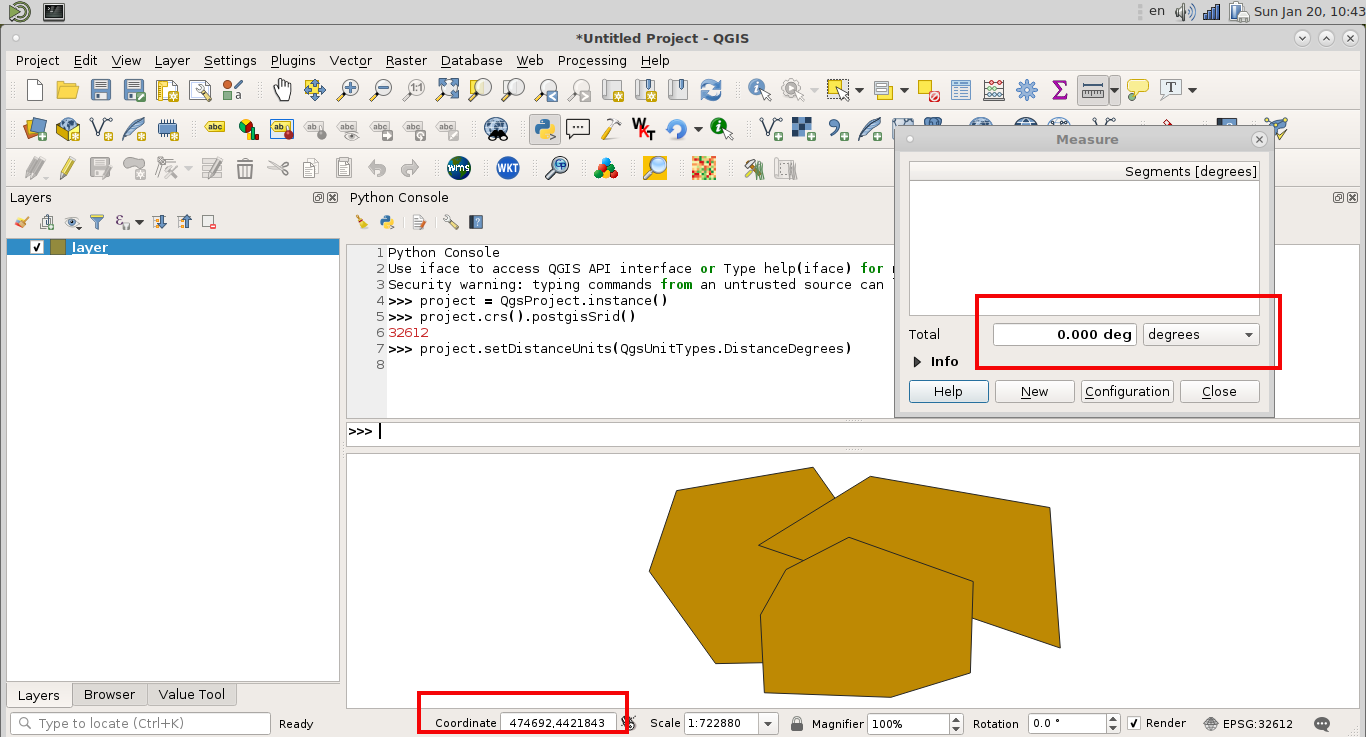 For accessing to status bar:

and, it can be corroborated with its 'setVisible' method (True|False values). However, there is not any method (in QStatusBar) for Units or Coordinates in it. It looks like only as a wrapper for this information. So, a possible solution it could be in Menu Bar.

For accessing to menu bar:

where it can also be corroborated with its 'setVisible' method (True|False values). For getting its respective actions and show up Project Properties Window:

At this moment, it appears following Dialog: 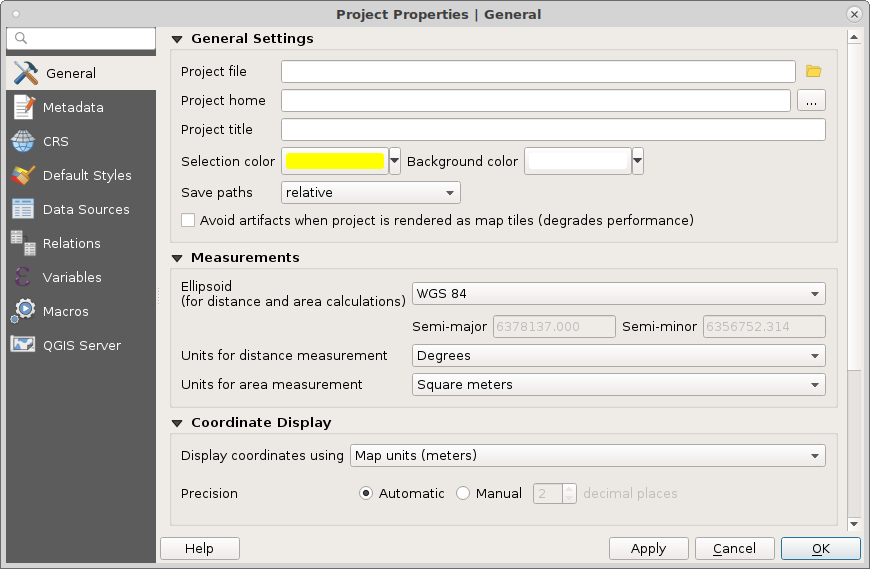 where it can be changed default value for coordinate display units.

Not the answer you're looking for? Browse other questions tagged qgis pyqgis qgis-3 pyqgis-3 or ask your own question.

4
How to correctly specify coordinate system?
4
Getting $length in meters in QGIS?
4
How can units be defined in QGIS for the Rasterize tool?
10
QGIS area calculation differs when on the fly CRS transformation enabled
4
How can I set the project CRS to an existing User Defined Coordinate System with python in QGIS?
9
QGIS 3.0.0. Coordinate display incorrect
1
Convert decimal degrees to meters QGIS