I have two vector layers which I am having trouble lining up. First, I have a point layer that was developed a decade ago to sample information from Public Land Survey System records in Washington and Oregon State. Second layer I have is PLSS grid polygon layer recently downloaded from Bureau of Land Management. The points are not just nodes, but also were placed at various distances along the grid lines.

I have tried to project the grid layer to EPSG: 3005 and several others. Similarly, I have tried to reproject the point layer. Essentially, sampled points should line up with PLSS grid corners and other point placed along the grid lines, however all of my attempts to project each layer have yielded no desirable results, points are always off. I have tried OTF projection variations in QGIS and project function in ArcGIS Pro. Unfortunately, no documentation is available on development of the point layer, therefore I do not know whether previous PLSS layer used a different projection, but I would expect BLM PLSS layers to be the same to layer available a decade ago.

Please help to identify possible solutions, as the point layer contains a lot of valuable information which would take very long to replace or correct manually. 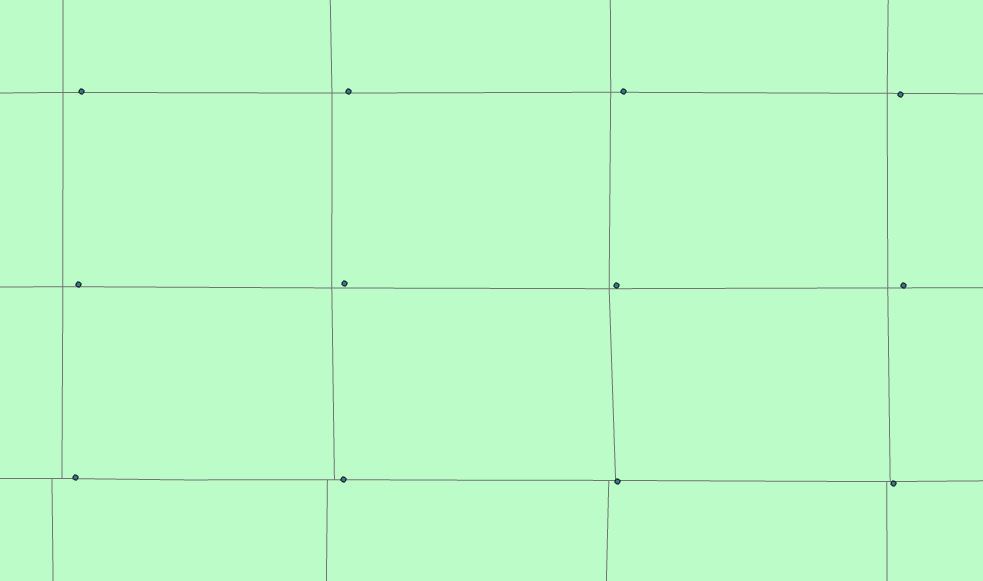 You can download the current WA/OR Cadnsdi Nodes from BLM as a Point layer called PLSSPoints. If you still require the old Points, there are 3 ways to align the old to the new data.

Not the answer you're looking for? Browse other questions tagged qgis coordinate-system shapefile arcgis-pro plss or ask your own question.

3
Layers with same coordinates not lining up
2
How can I place a ETRS89 layer to WGS84 project in QGIS?
2
Generating properly-aligned shape from land survey description?
3
Obtain attributes of a point layer that falls within a polygon layer of different CRS
6
$area calculation incorrect for equal area projections in QGIS
0
CRS defaults to WGS 84 on opening a project without OTF
1
Loading NAD83 and WGS84 layers together in QGIS?
3
QGIS 3 XYZ Tiles and Projections