The closest I have gotten is the Intersect tool in ArcMap. However, the problem with it is that, while it does find the overlapping polygons it also cuts them up and only keeps the parts of the polygons that overlap and not the whole polygon. I would like a tool that selects them and gives me the full polygons without cutting them.

I am using ArcPy.

I have managed to achieve this using the code below. The problem now is performance. Is there a better way of doing this or a way of improving the performance of this one?

You can Select By Location with your original shape as in_layer and your intersect output as select features. 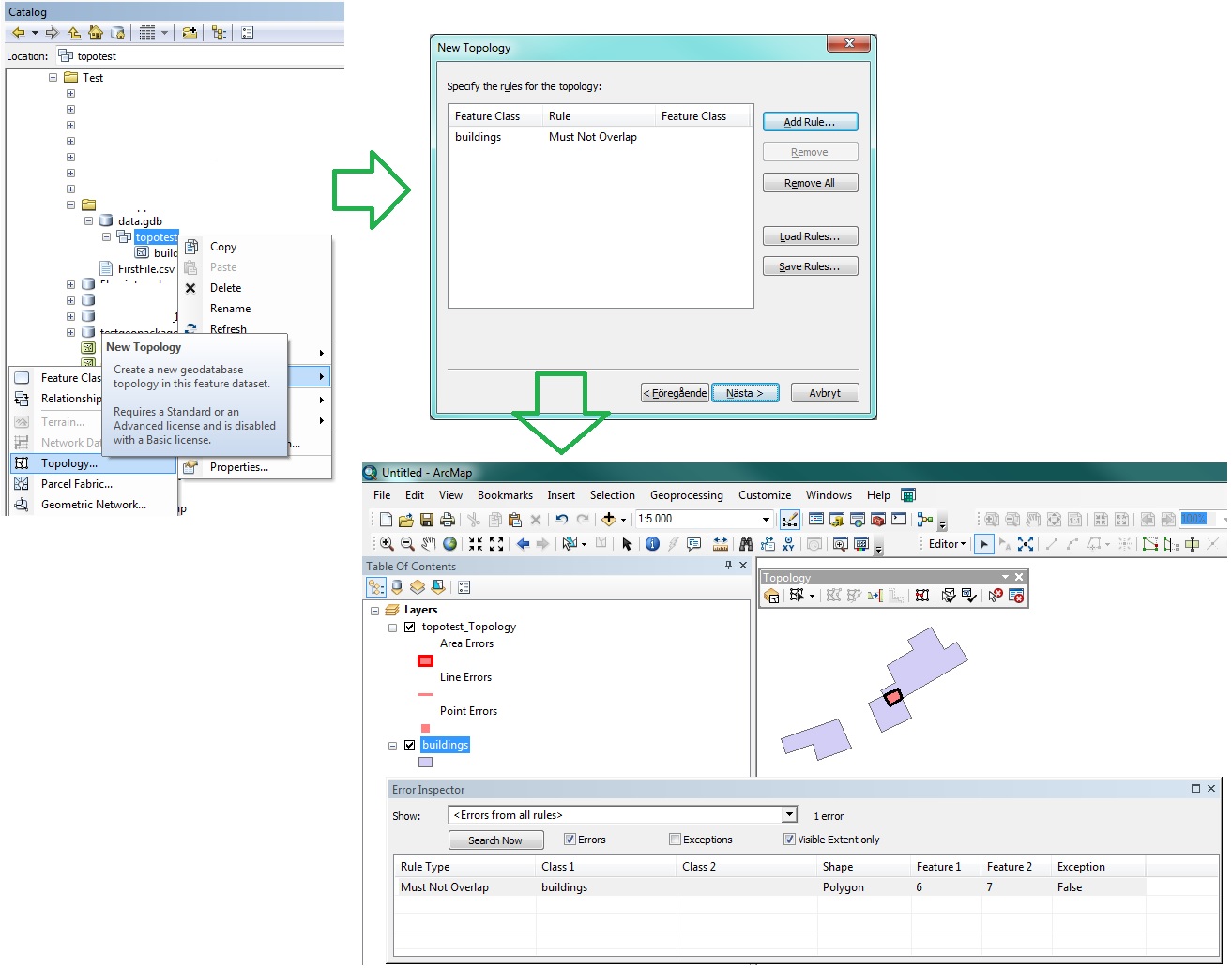 Not the answer you're looking for? Browse other questions tagged arcpy polygon overlapping-features intersect or ask your own question.

6
can I extract overlap of polygons within the same layer?
0
Where clause problems when all parts are user input variables
0
Use arcpy.da.searchcursor to select rows to dissolve
1
Selecting isolated polygons which are not donuts but may overlap using ArcGIS Desktop?
4
Fastest way to numerate intersecting polygons in ArcGIS
8
Using QGIS to remove portions of polygons that overlap in same layer?
2
Iterating over feature class and performing select by location using each feature as Selecting Features in ArcPy for ArcGIS Pro?
6
Extracting polygons that overlay other polygons in different layer in QGIS