Ask Question
Asked 3 years, 8 months ago
Modified 10 months ago
Viewed 1k times
2
Closed. This question needs to be more focused. It is not currently accepting answers.

This is my problem that I first present using a Screenshot: 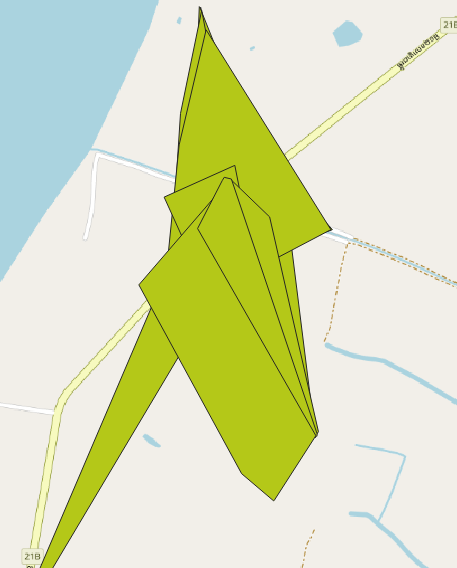 In a layer, I have many cases of figures like this one: Polygons that overlap in the same place. Each of its polygons represents different data and they have no common columns. My question is twofold:

I could do this manually by selecting polygons with the location or intersect function but this is not possible due to the very large size of my dataset. I can't use tools like merge/union because it overwrites my various data.

Do you have any ideas?

I took for granted that some polygons will overlap separately with several polygons. This makes it so one ID cannot describe all overlaps. A list of overlaps in your original layer's table can work for queries if you have another layer with overlap IDs. I use QGIS 3.4 so if you're using 2.x, it might be different.

The number of overlaps with other polygons is now settled in a new layer that you could rename (to avoid getting lost in the temporary names) but let's keep going:

This layer is now your index from which you can look for unique overlap IDs. Keep it!

The result is one copy of the original polygons for each unique overlap combination.

The result of the whole operation for your original layer is two additional fields:

Combined with the overlap layer, these can help select polygons that overlap at specific locations.

If you can post a small sample dataset, I'll be happy to prepare a reproducible example.

By using an earlier version of QGIS and using the dissolve function and multiple to single entities, I was able to answer my question.