Simplifying variable (if condition) with field calculator in QGIS

I want to simplify the variable ("SIOSE_CODE") which has values like this:

The first number (here 90 resp. 65, resp. 70) is a percentage of the land-use class which is most frequently at this location.

Now I want to extract the land-use class (MTRfr, PST or FDCfr), but only if the percentage is higher than 60%.

I tried it with this code:

First I created a new variable "Percentage" and filled it with the output of:

Herethen I want to extract the land-use class:

But the output of my new variable is NULL.

The output of the variable "Percentage" seems to be okay.

Does somebody find the mistake?

I've just used your code and It works perfectly. I think you need to be careful at selection of the data type. 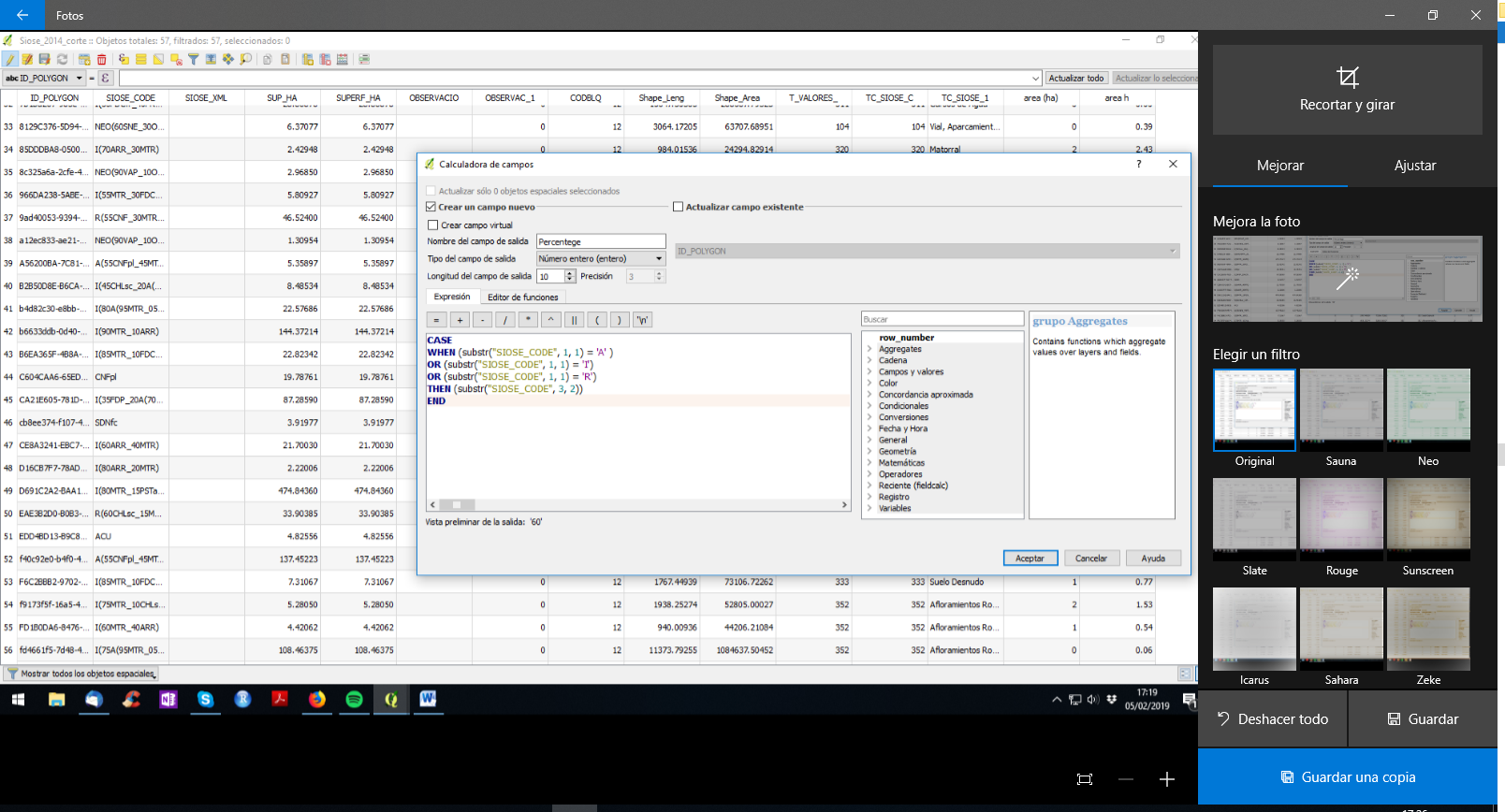 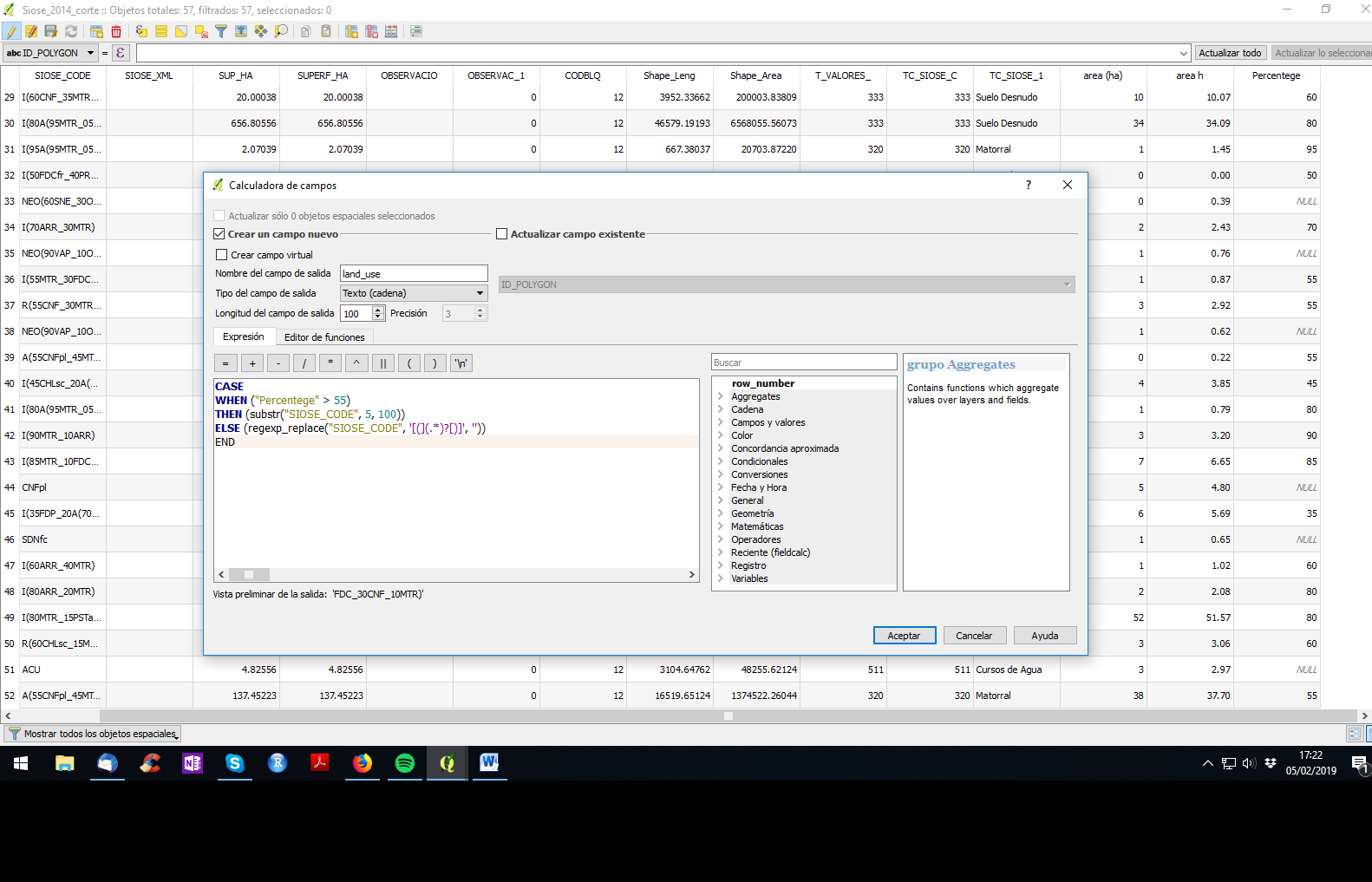 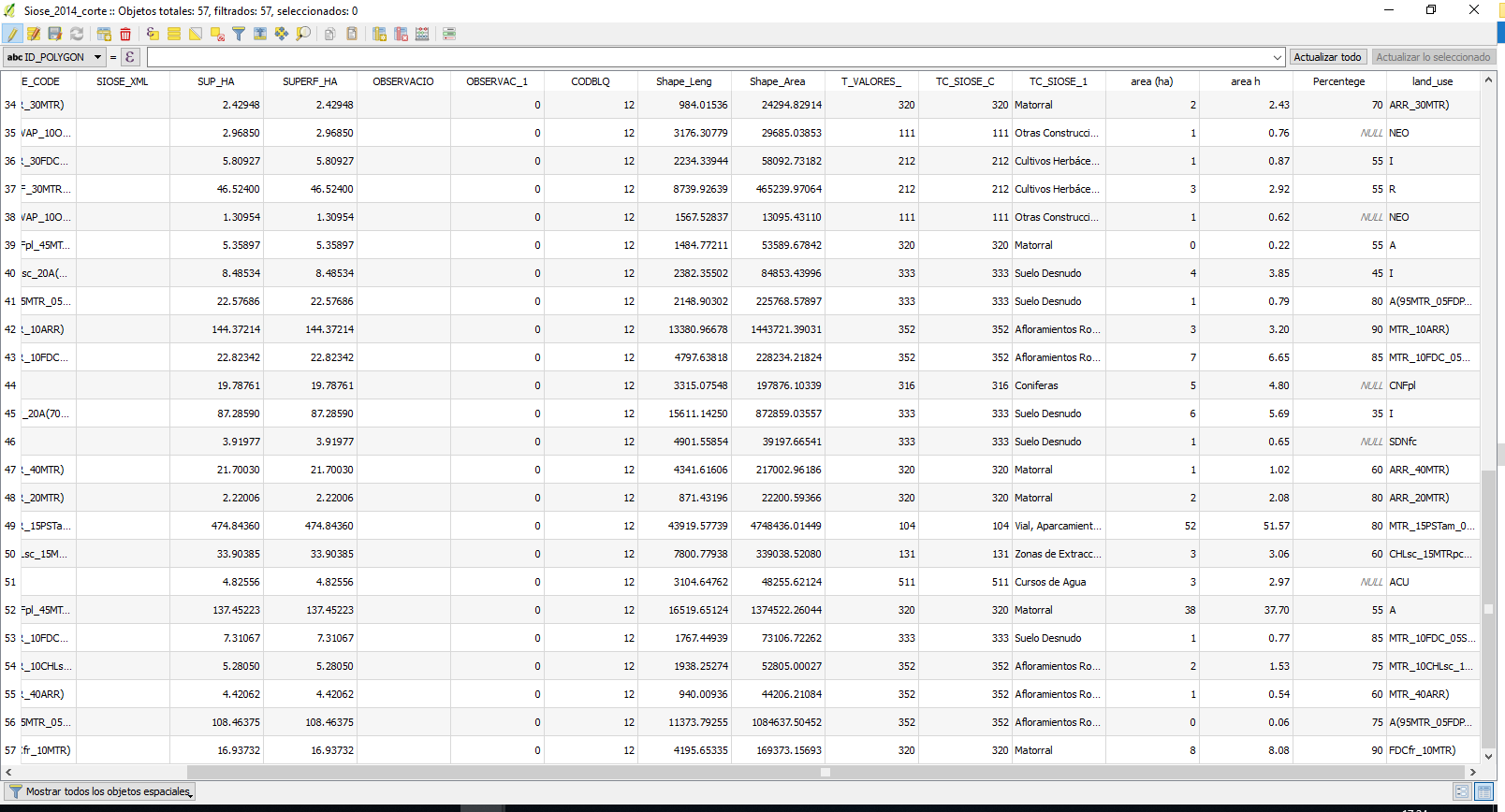 Not the answer you're looking for? Browse other questions tagged qgis field-calculator conditional if-else or ask your own question.