Is it possible to define point grid spacing by attribute in QGIS?

EDIT: I really dunno is this even possible. Added a picture where I try to demonstrate the situation.

(I'm not very familiar to using the python console, but every answer is welcome.) 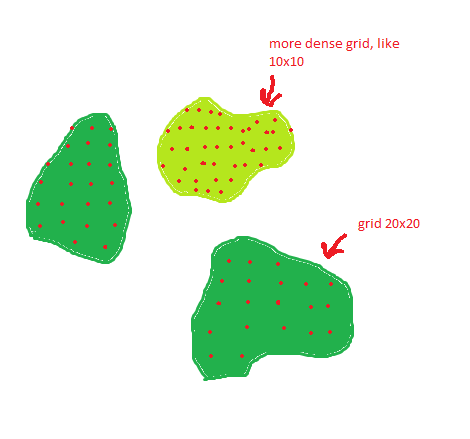 (Simple question, but I didn't find any answers to it.)

I got a processing model to almost do what you want. It creates a grid inside each polygon. Each grid should have its own spacing, as defined by the fields "Horizontal_spacing" and "Vertical_spacing". But the grid spacing is identical for each polygon. Hopefully this will be useful to get you started in the right direction. 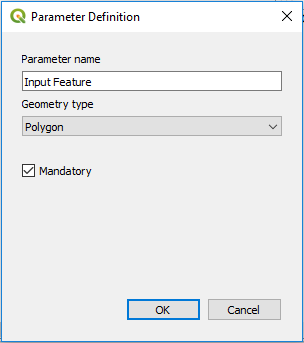 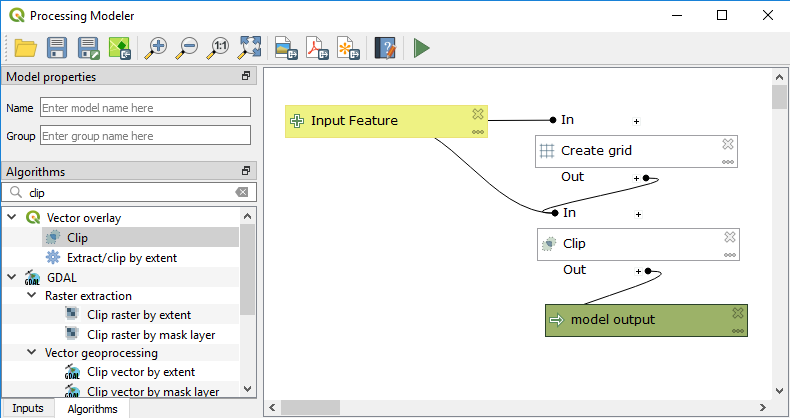 Run the model. Click the round green arrow to "iterate over this layer, creating a separate output for every feature in the layer" 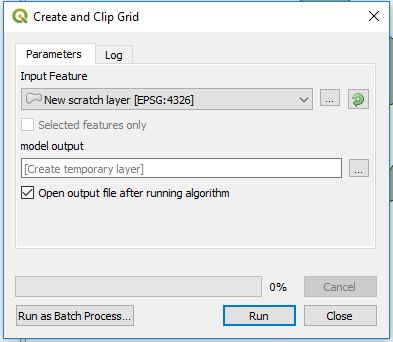 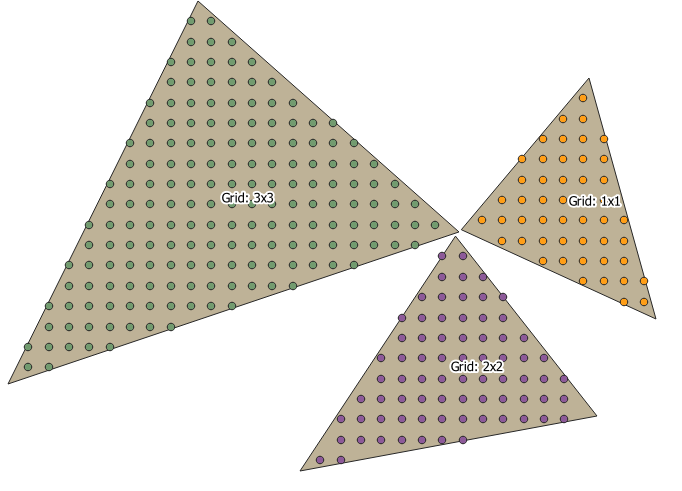 As you can see, the grid spacing is identical for each polygon. It should have a different spacing for each feature, as defined by the fields "Horizontal_spacing" and "Vertical_spacing."

I couldn't figure out how to make this work as intended, but here's a workaround I figured out:

Add 2 Number inputs called Horizontal and Vertical spacing. Use these instead of the field values in the Create Grid algorithm. 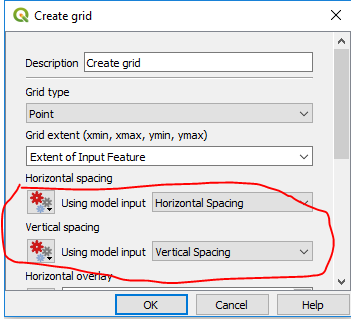 Before you run the model, use the "select by expression" tool to select features where the horizontal and vertical spacing match the first combination on the list. 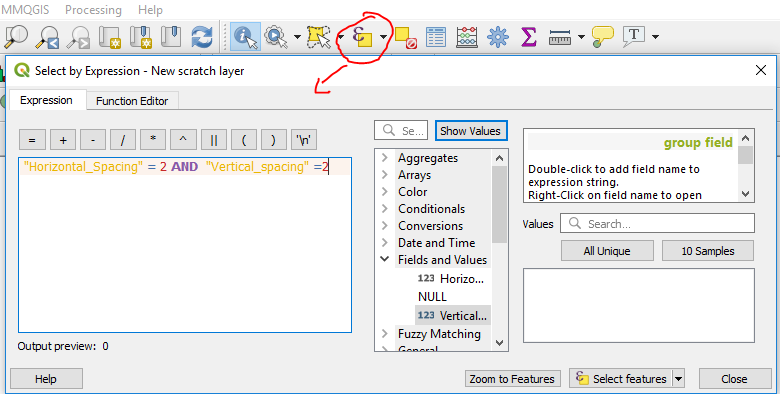 Repeat for every unique combination of vertical and horizontal spacing.

Not the answer you're looking for? Browse other questions tagged qgis qgis-plugins attribute-table vector-grid or ask your own question.

4
How to create a 500m Regular Grid for KML input area?
1
QGIS: digitized object disappear when filling in attributes
3
Create a regular grid of sample points with angle and give them a value
2
Split Vector Points/Polygons by Vector Grid and assign to relevant grid
11
Creating regularly spaced points inside polygon based on attribute value using QGIS?
4
Labeling grid automatically using QGIS