Exclude image from rendering in layout if file not found

I'm using QGIS 3.4. print layout to create an atlas with photos of features. I have a folder with photos and each photo is named with an ID of related feature.

I'm using an expression to define a path to photo: concat('C:/Users/user/Desktop/Photos/', "id" ,'.JPG')

This works fine, but sometimes the photo of a feature is missing in folder and then I get a huge red X instead of a photo.

Is there a way to exclude the picture from rendering if it is not found in folder?

I found an example (link here) that uses "data defined override", but it requires the features to have an attribute "image path" and uses it to determine if the image will be rendered or not based on existence of that value. I don't have image path in my data, i just use feature ID to get the photo.

You have two options:

Apply the following expression on the Position and Size of the photo frame. 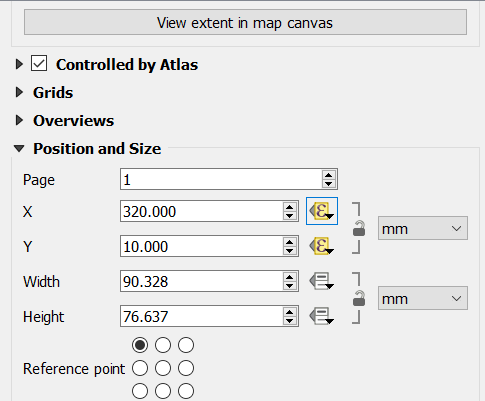 You can apply it only on X position if you want as follows:

Where the 200 and 250 are just examples of the feature ids that do not have photos and the 320 is a value to place the frame outside the layout, assuming you are exporting to A3 size paper.

Create empty photos (just a white background photos) in any photo editing software and give them a name same as the id of the ID field, which I do not think you want this option.

Not the answer you're looking for? Browse other questions tagged qgis atlas qgis-print-layouts or ask your own question.