Using the network analyst extension, I'm trying to create not overlapping service area polygons around a point layer in ArcMap 10.6.1. Here are the selected settings for polygon generation: 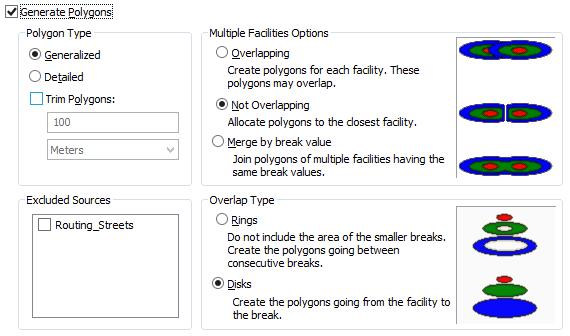 The rest of the settings are default, with the impedenace being TravelTime(minutes) and the default breaks being 60, direction away from facility, and restrictions only for 'Driving an Automobile'. Nonetheless, the results look like this: 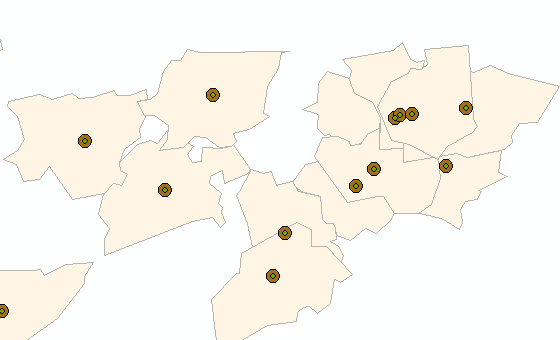 I've also attempted to run the analysis with the Trim Polygon settings, but the polygons still appear to overlap. Can anyone point out a possible reason or a workaround?

EDIT: The polygons seen above do not overlap (it only "seems" they do, but the boundaries indicate distinct features indeed). However, the problem is rather in the incorrect allocation of polygons to points (as also noted in the picture). The result should be reminiscent to a Thiessen polygon analysis - and it isn't.

Not sure if this will solve your problem, but when you are building your network make sure you are using every vertex, not just endpoints. Using only endpoints can prevent your vehicle from turning off a road before the end of the line segment which might be giving you some odd shaped segments.

I'd also suggest you double check all aspects of your network are functioning how you expect them to. For example if you're using 60 minute drive time, then where are you defining the driving speed (per segment, constant everywhere, etc.)?