Why difference in delineation of watershed by two online watershed modeling tools? 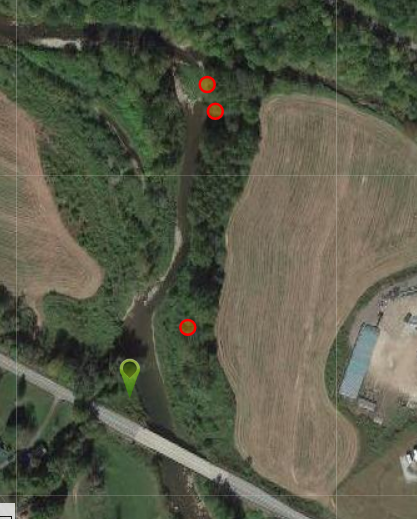 Even after trying multiple outlet locations between the bridge and the streams confluence with another stream, as well as even trying locations upstream of the bridge, the tools result in the same watershed delineations shown below:

Note: eRAMS result is green boundary, MMW result is orange boundary, Creek where sonde is located is highlighted in red. 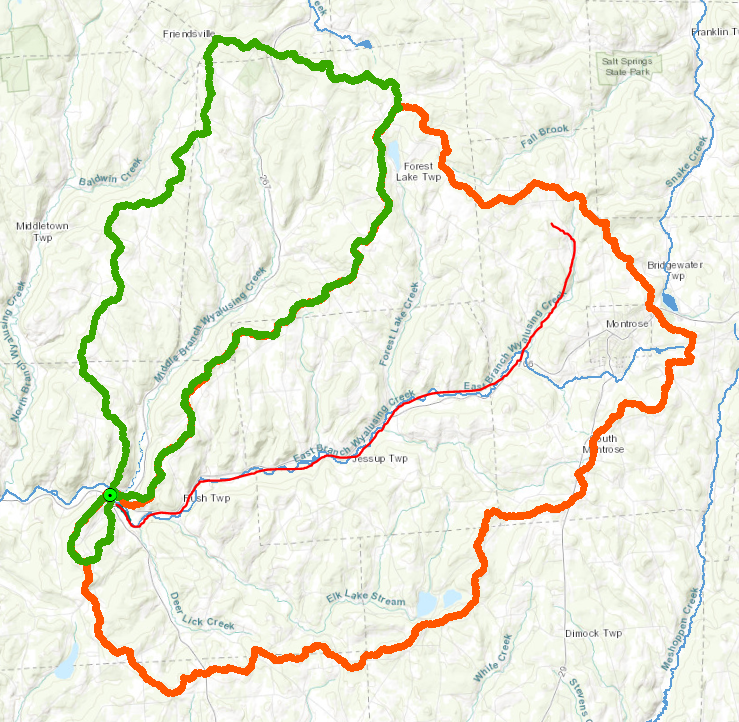 I lean toward the MMW delineation, as the delineation encompasses the creek on which the sonde is located. Note that these tools move the manually placed outlet points to nearest downstream NHD cell, but even the moved outlets are above the confluence.

What might be the reason these tools have such different delineations?

I believe that both tools delineate based on 30 x 30 m DEMs and the NHDPlusV2 Medium Resolution stream network. eRAMs uses TauDEM tools/algorithms found here: https://erams.com/documentation/watershed-delineation-tools/ It's difficult for me to interpret the subprocesses of MMW's Rapid Watershed Delineation algorithms listed on GitHub (limited development background), but I think they are modified versions of TauDEM algorithms, similar to eRAMs.

Browse other questions tagged watershed modelling taudem or ask your own question.

3
How to calculate for every basin/sub-basin, drainage area at every elevation contour along stream?
2
Inland / crater watershed delination
8
Watershed delineation taking into account lake/reservoir
8
How to find the watershed area for each point in the river network using DEM？
7
When computing flow direction, the D8 algorithm is used - are there major differences if others are used?
4
Is D8 flow accumulation algorithm still suitable for watershed computation if terrain contains lots of flat area?
1
Large Scale Watershed Delineation
1
Delineating small scale / subwatersheds using ArcGIS Desktop