I have a complex network of line features with a lot of attributes (and unique IDs). Many features have the exact same values (exept the ID). I need to join all features with the same attribute which are next to each other. 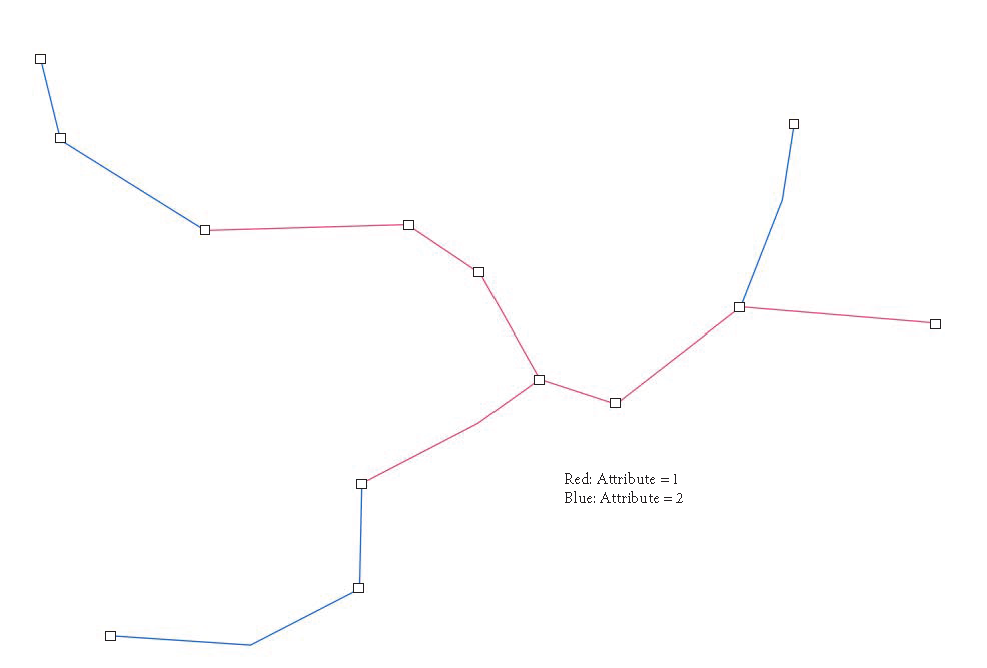 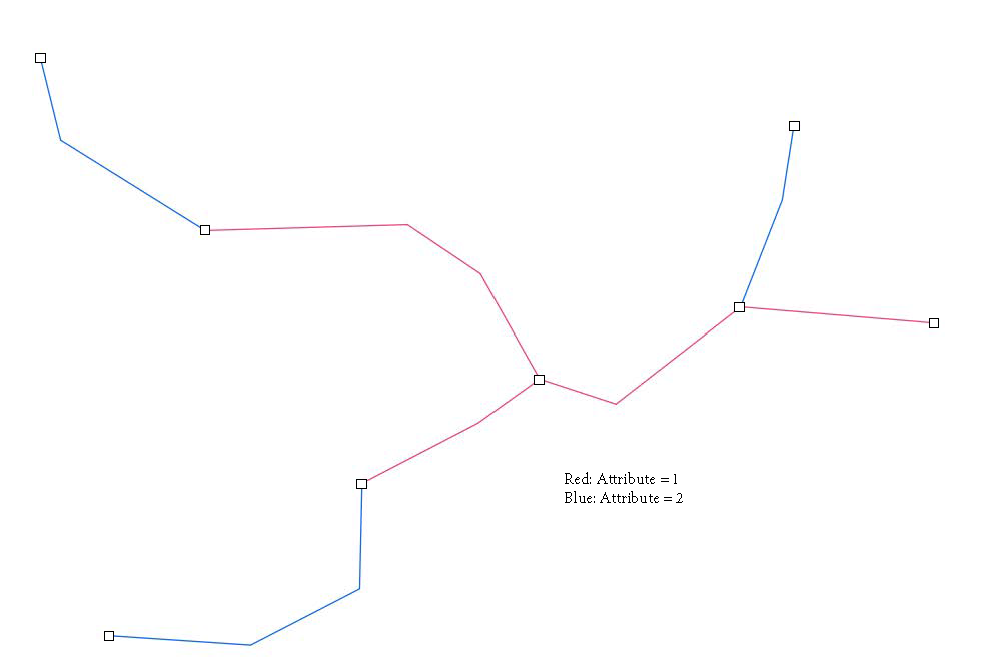 that's what I have: an example network, many features with same values and attributes: That's what I Want: the lines are merged together.

I want to merge them by topology: a line should be joined with a touching one. But: where more than 2 are touching (intersection) they should not be merged.

Ideal would be a function that merges by 1.aligned neighbour (if more than 1, e.g. at intersection: no join) and 2. by same attribute value

It is very similiar to posted problems: Join line segments sharing a common attribute, using GDAL ; How to join segments of a line in QGIS?

But those have not been answered to a point where the issue is solved.