I'm trying to calculate the weighted centroid of some raster layers I have, which are basically patches of positive values in a sea of null values.

It is not a problem in my case that the centroid will be outside existing patches, but I simply don't know how to perform this calculation from the raster layer using GRASS. Does any one know how to to this?

If I understand correctly, you want a single center of gravity for the whole raster? If that's the case, then I suggest to convert the raster to a vector points map, then run the script v.weighted.centroids (accessible here ) that builds three vector outputs: the weighted center of gravity, the standard deviational ellipse and the standard distance.

Below is an example. To simulate your raster of clusters I simply clipped a DEM raster at a certain elevation, so all the peaks became clusters, then I exported the raster as vector points. Here are the steps (in a GRASS session): 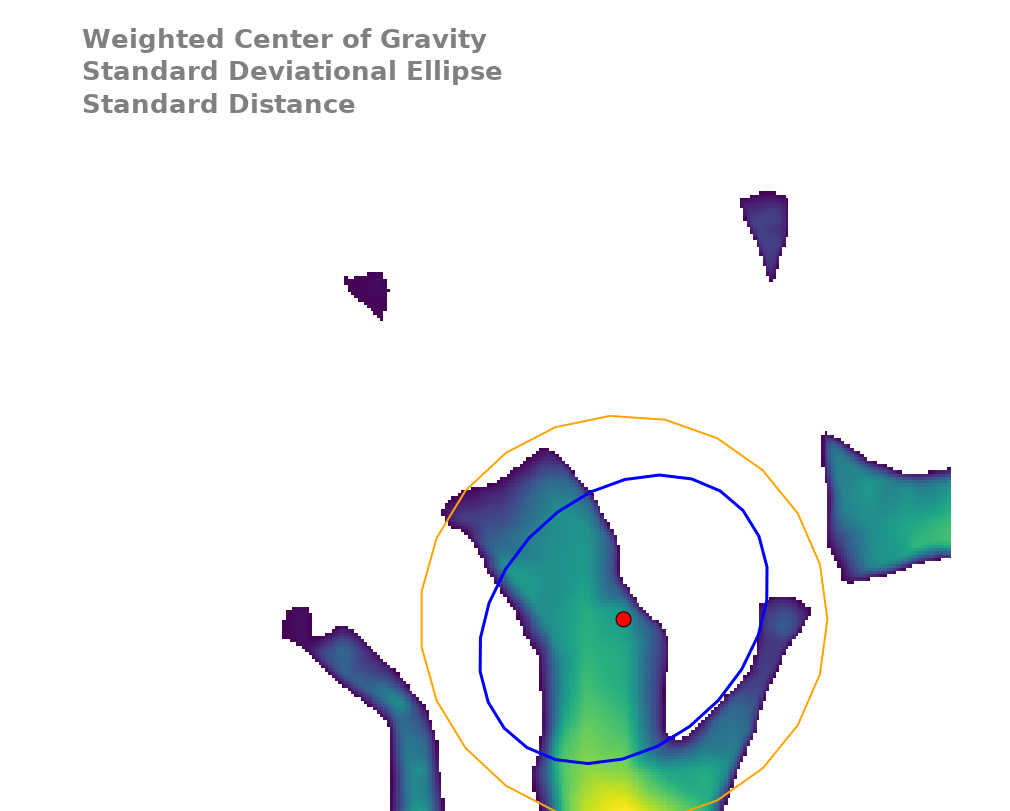 Not the answer you're looking for? Browse other questions tagged raster grass centroids or ask your own question.

7
How do I calculate a weighted centroid with respect to a raster, e.g. population weighted centroid
7
Generate centroids for vector polygons based on raster and land-use data using QGIS
12
Calculating a spherical polygon centroid
2
How to merge vector buildings height layer with raster DEM to get solar maps in r.sun in Grass GIS?
1
How to count raster pixels inside a vector/polygon layer in QGIS?
3
QGIS weighted centroid of polygons with weights from raster layer
3
Calculate focal statistics from a 10m raster to populate a 1km raster, using the 1km raster to define the window?
2
Calculating area-weighted mean of a raster in QGIS