I have been having difficulty aligning my vector data (Suitable Polar Bear Den Habitat...) and the streams on the basemap. The vector data is offset slightly eastward. My hypothesis is this is a projection issue. However, the layer and basemap are both set in EPSG: 3338 Alaska Albers. To address this issue, I tried creating a new layer file with the vector data and I checked that I had the project CRS selected when doing so. This created a new layer in the same CRS as the project/basemap. I would then upload those new layers and ended up having the same issue.

I even tried going back to the original vector data (denhab), which contained the following characteristics: Projection: GEOGRAPHIC; Datum: NAD27; Units: DD; Spheroid: CLARKE1866, and reviewed the properties. When I selected properties, I encountered an error message:

I then tried adding it to the canvas and encountered another error message:

When I view both the Suitable Polar Bear Den Habitat... and denhab vector layers they perfectly overlap with one another even though they are in two different projections. I am using QGIS version 3.4.1. 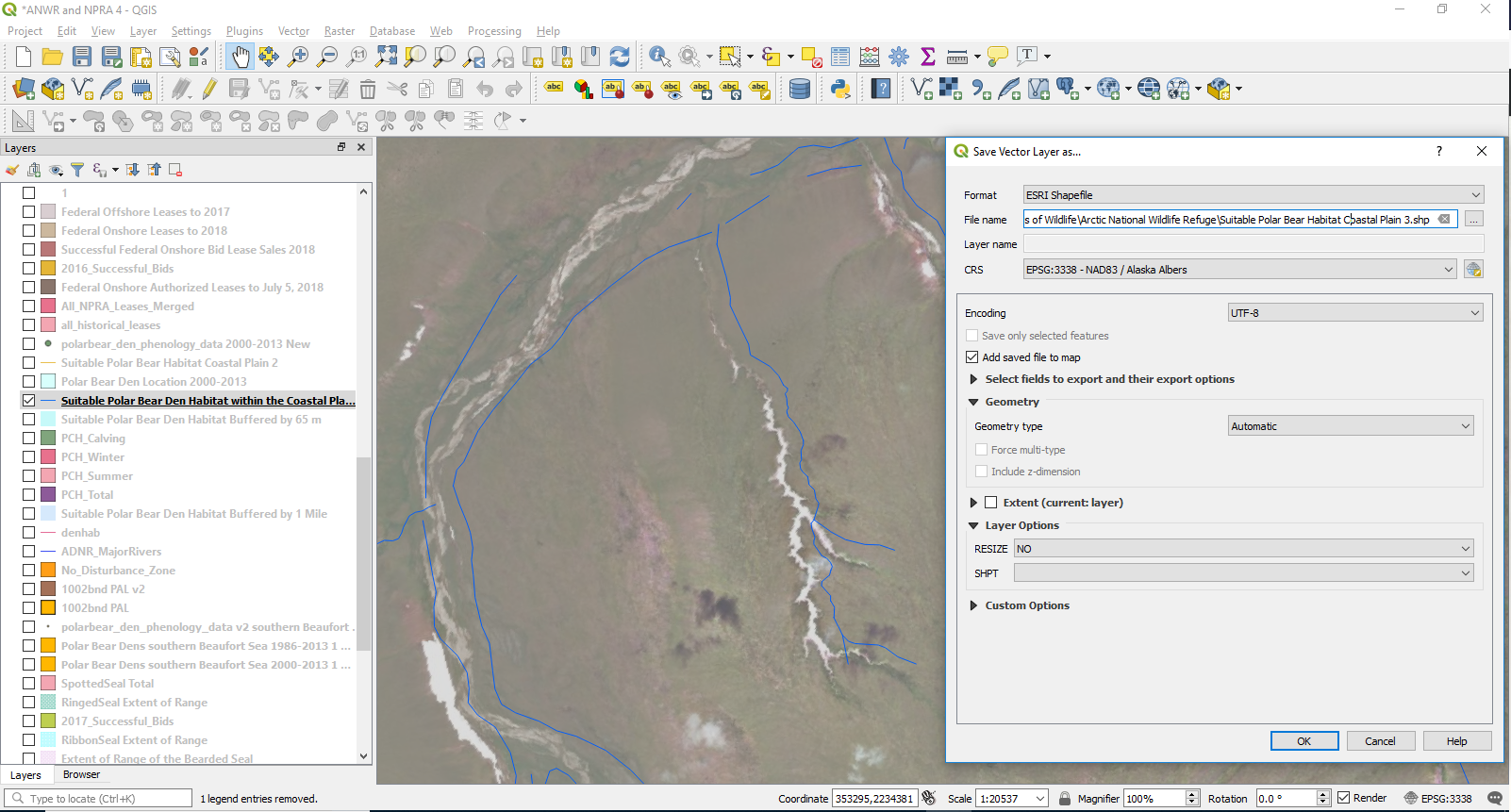 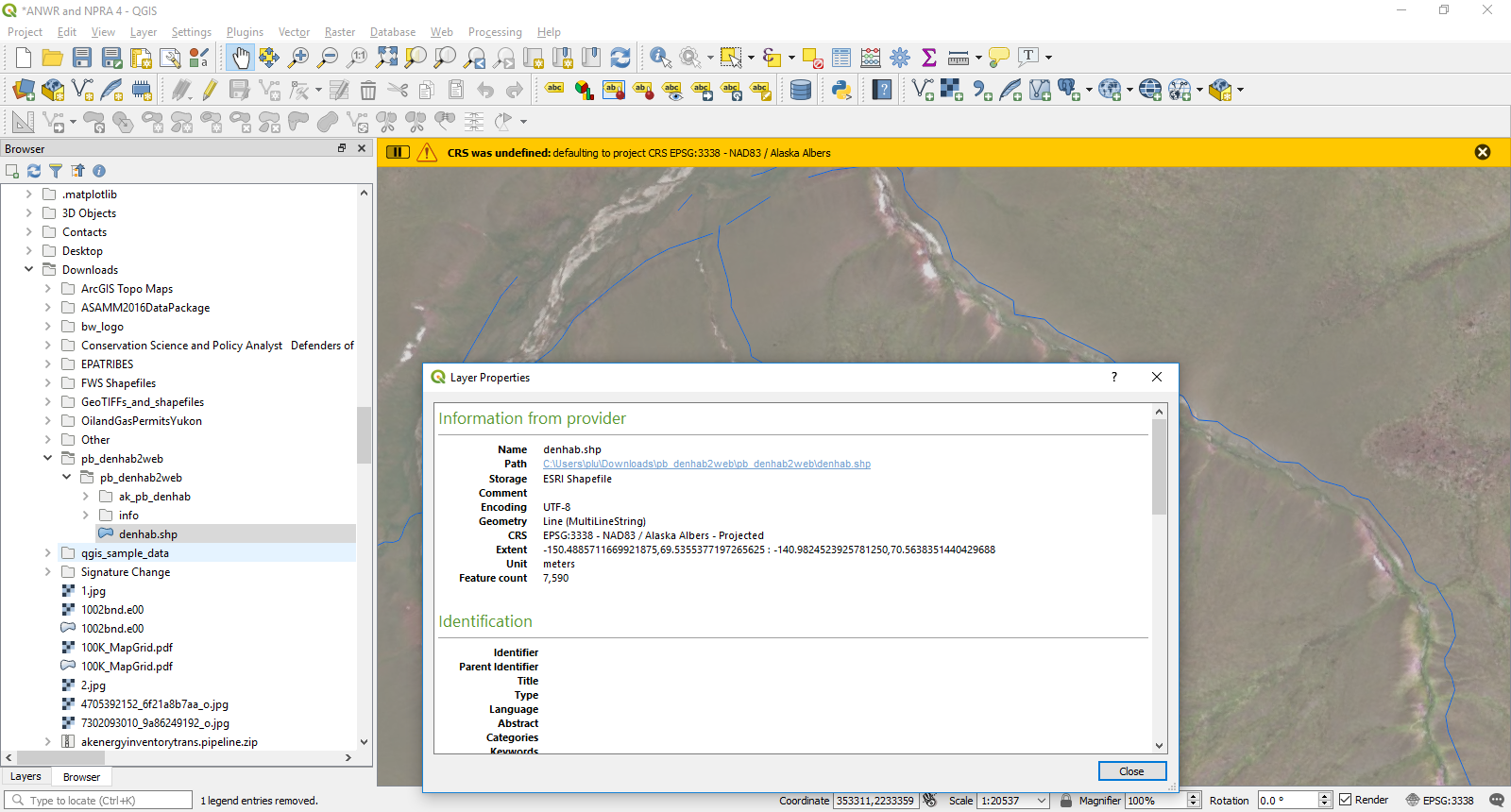 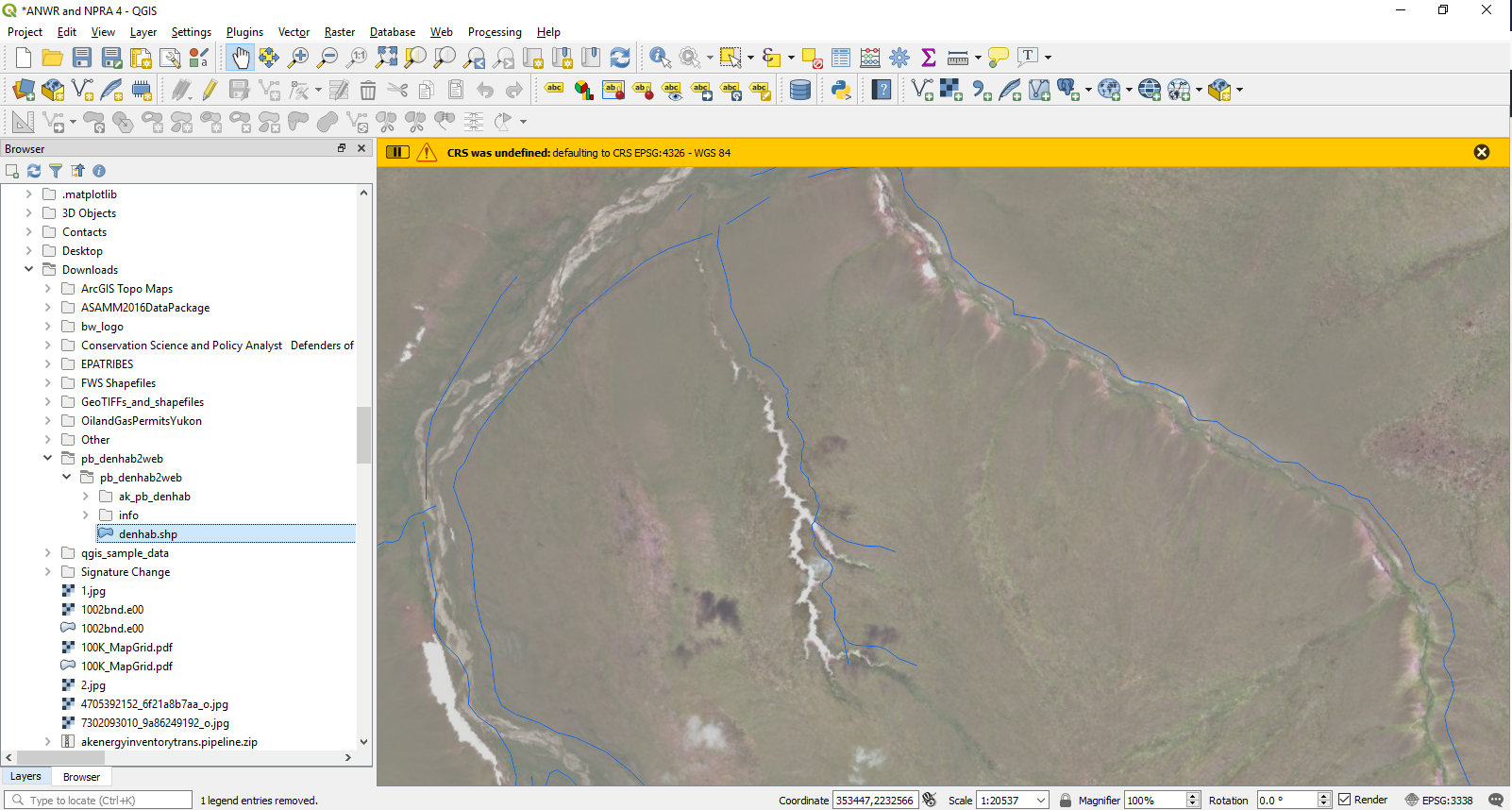 0
Changing CRS for basemap from OpenLayers plugin
3
non alignment of base layer and other vector layers
3
Adding OpenLayers basemap to a QGIS project changes the CRS to WGS 84 / Pseudo Mercator
1
Unable to modify the QGIS project CRS
1
How to correct a Raster with Vector misalignment in QGIS?
1
QGIS Georeferencer; CRS selector doesn't open, destination coords 0
2
QGIS3 shows coordinate in geographic coordinates though QGIS project and layer are both in projected CRS
5
CRS interpretation in QGIS?