I am using QGIS 3.5. I have a large shapefile (760 MB) with 1800 polygons representing different bird species ranges (download link)

I have ensured the geometries are valid in both shapefiles and their CRS are equal. My goal is to identify the bird species present in each district. The output attribute table should include a column for the district ID (called c_code_11 in the data) of each district where the species exists.

I did a Join Attributes by Location with input layer as the species ranges and join layer as the district boundaries. I put 'intersects' and 'contains' as the geometric predicate, 'fields to add' as c_code_11 (the district ID), 'join type' as one-to-many, and then saved the joined layer as a shapefile to my local machine.

The output shapefile gets created on my computer, but at 3% completion, I get a list of errors saying the features could not be written to the shapefile. The process still runs to 100% completion (takes forever) and outputs a 4GB shapefile, but it is empty. 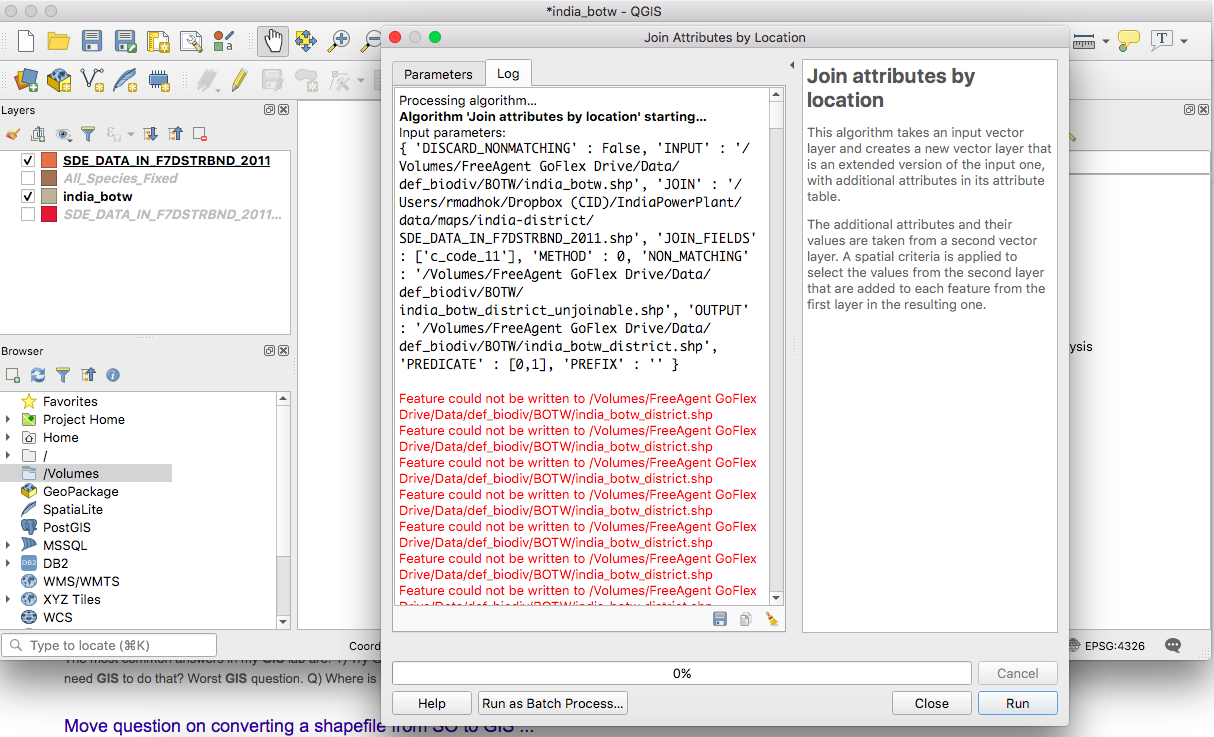 Any idea what is happening and how I can fix this?

Since the output shapefile is beyond the size limit, I re-ran the join attribute by location and saved the output as a GeoPackage. Now I am getting the following error. 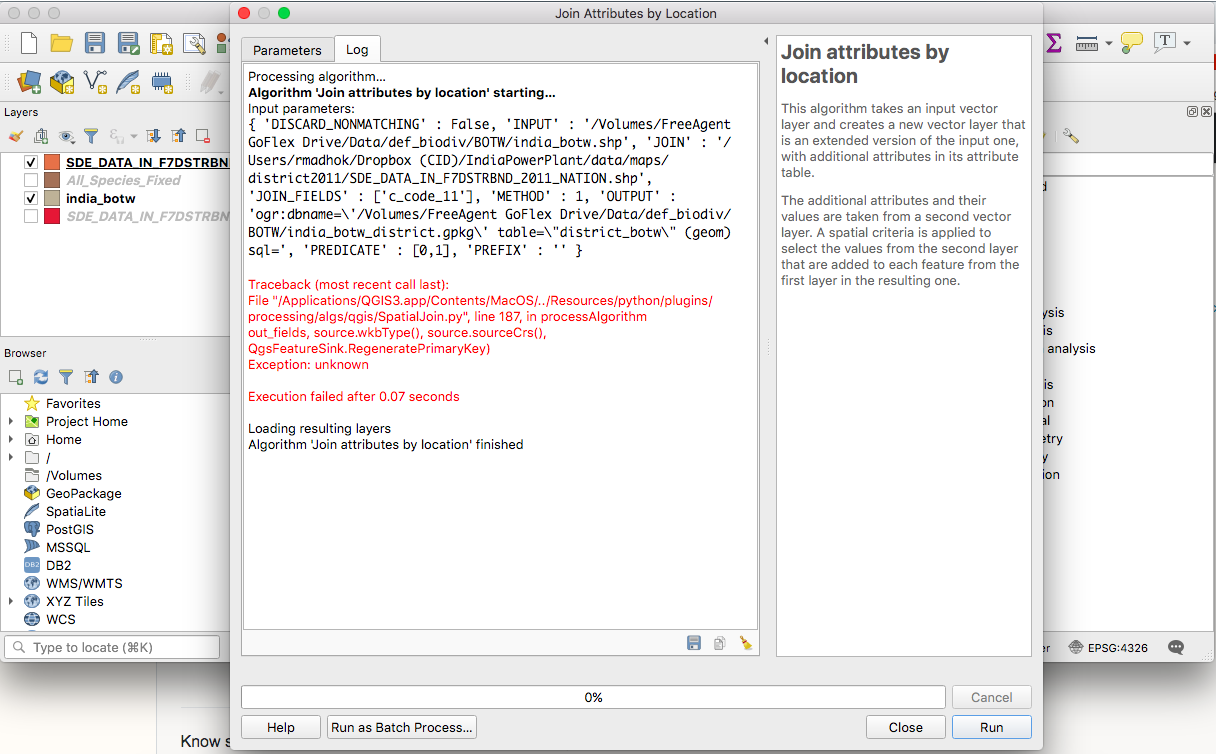 Your geodata is faulty, especially the file with the name india_botw, see the drawing close and no super GIS can work with them normally. Until the file is put in order, you will not be able to see success, in the future, try not to download corrupted large files, don't make me chase you all over india ...:-), 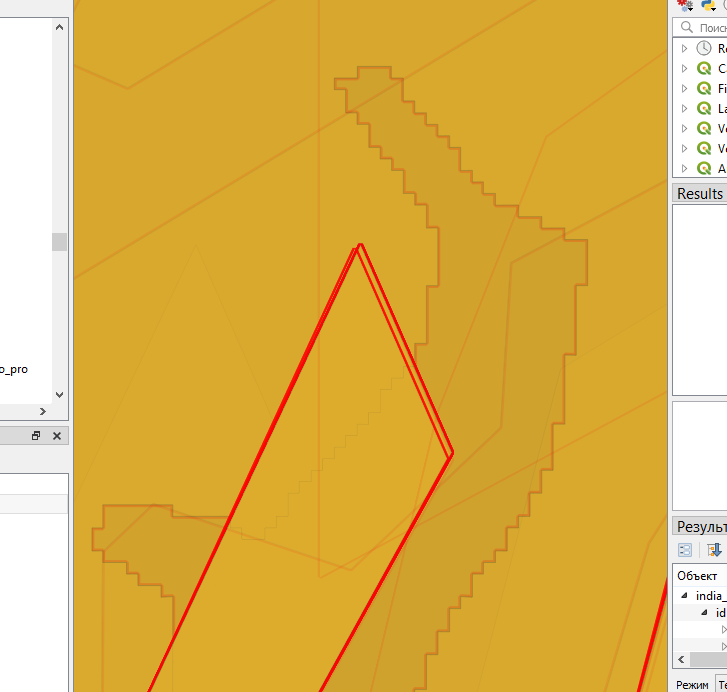 Not the answer you're looking for? Browse other questions tagged qgis-3 spatial-join or ask your own question.