I have created a python function within field calculator to calculate the time difference between a timestamp (yyyy-MM-dd HH:mm:ss) in a row and the row after (the interval field in seconds). I have used a update cursor with field calculator to do this, however I am receiving null values for both the first and last row.

The first is correctly missed due to the function being reliant on having a value set by the previous row.

I am unsure as to why the last row is being skipped?

The first row of the attribute is formatted as:

I have had this issue on several other update cursor functions including those on simple single row condition statements.

Am I missing a statement to close the update cursor loop?

*Updated from below comment's solution:

If your field is type date, code below should work. Last line is not calculated since there is no row after. Or do you want to calculate for example second rows diff as second row-first row? 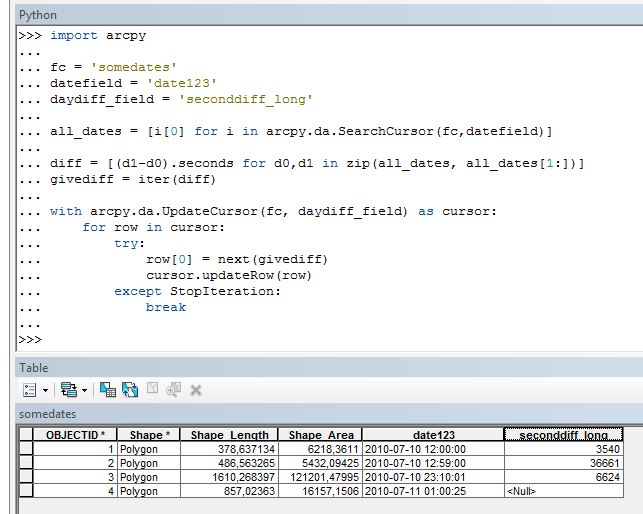 Not the answer you're looking for? Browse other questions tagged arcpy modelbuilder field-calculator cursor python-parser or ask your own question.