I am a fairly new user of QGIS having a question regarding dissolve functionality.

I am working with the NUTS-2 shapefiles provided by EU, which I have imported in QGIS. I have created a new layer with only Denmark and Netherlands as you can see in the picture below. 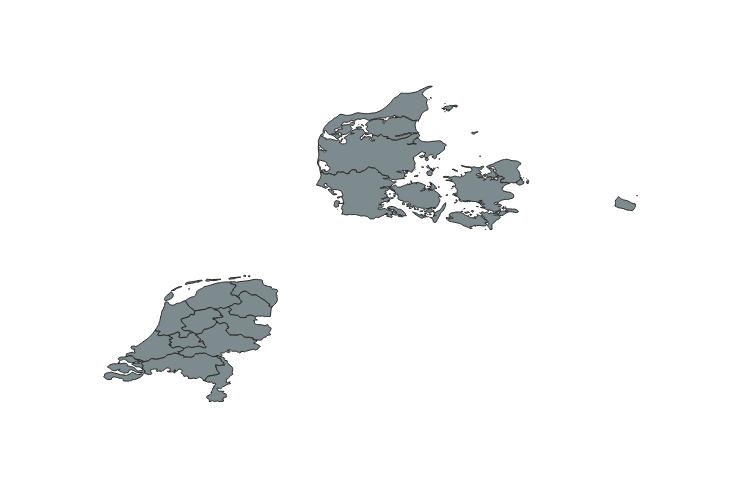 The corresponding attribute table is the following. 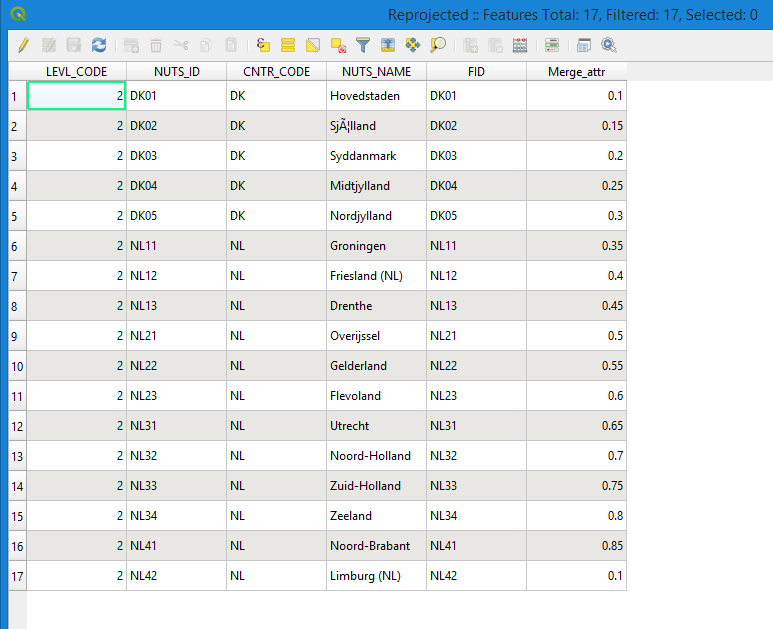 The fields describe the ID and name for each NUTS node, as well as the country code. I have introduced a new attribute field, called Merge_attr.

Can we constrain dissolve functionality to only polygons that are adjacent?

This means that the following should not take place (yellow polygons got merged even though not adjacent): 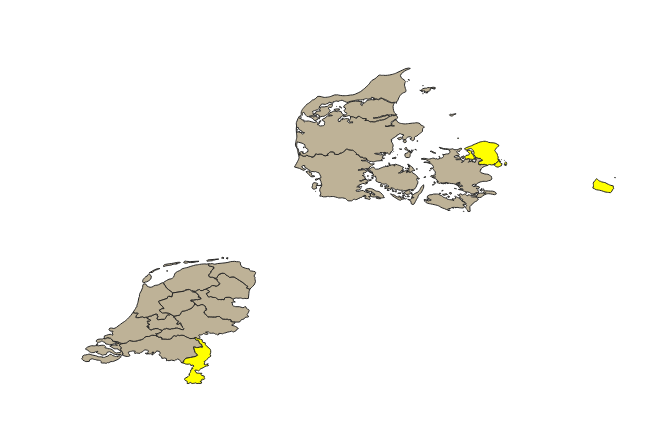 Option one: Merge features only when they belong to the same country.

Option two: Merge features only when they are adjacent.

This isn't an option. Instead, after dissolving, you can use multipart to singleparts to split non-adjacent features apart. Note that attributes will be lost for some of the features. You can recover the missing attributes as follows:

After Dissolving the layer,

Not the answer you're looking for? Browse other questions tagged qgis fields-attributes merge dissolve adjacency or ask your own question.

0
How to dissolve a subset of a multipolygon vector in QGIS?