I have a raster image (elevation map from DEM) where I have limited the rendered elevation to only 3,500' and higher. I would like to convert the boundary/extent of this rendered image into a vector file, so that I can upload as a shapefile into other programs. I have not been able to do so yet after much Googling and experimentation.

Among other things, I have attempted to clip a large vector by the raster (I get an error saying "Could not load source layer for OVERLAY."). I have attempted to polygonize a two color raster (black and white) and keep only one of those. I believe they are all on the same CRS. I can convert it into a vector, but that converts all the contours, which is not my goal. I only want the boundaries.

Picture below of the raster extent (in white) that I want in vector form.

How do I clip out the black portion? 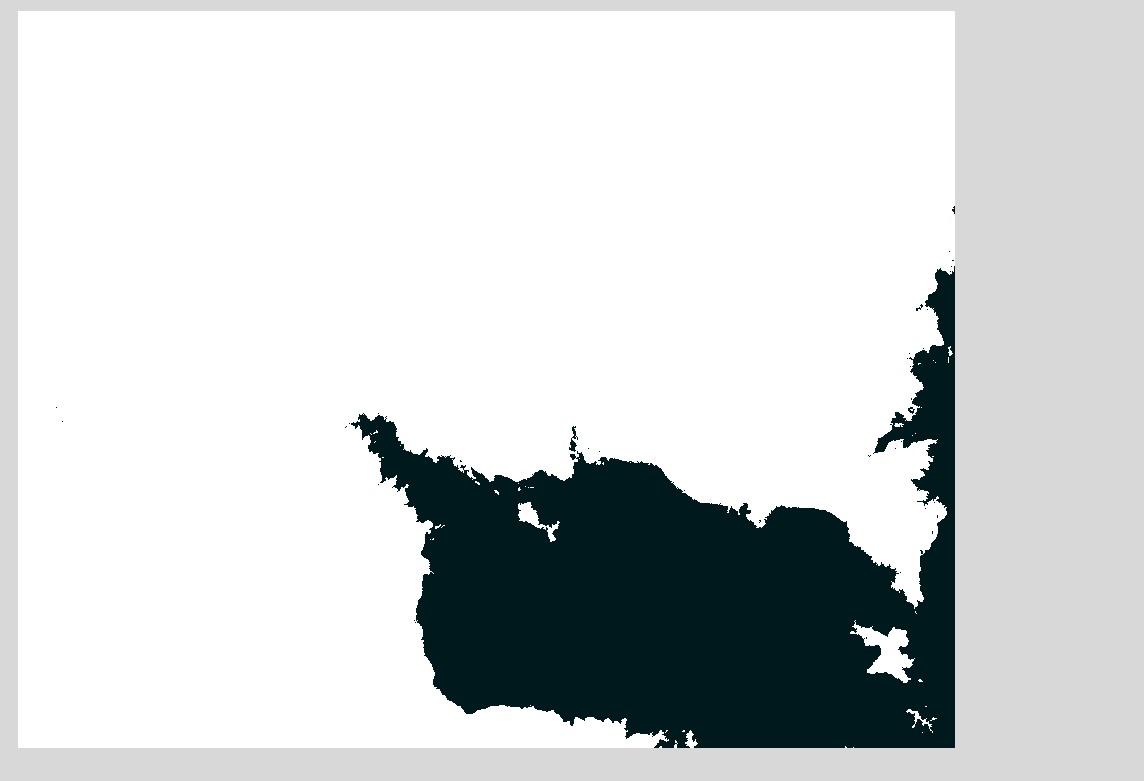