Using convex hull for interpolation of individual plots or lump plots together in ArcMap?

This question is inspired by Using kriging to extrapolate values outside of sampling polygon in ArcMap?

I'm working on a project trying to understand the lasting effects of historic scientific activities on delicate soil communities. Essentially, the hypothesis is that there will be fewer soil organisms the closer one gets to the center of where human activity took place (due to trampling and other disturbances).

I've got soil data that were collected at known locations of historic camps where researchers lived and worked in the field. After locating the footprint of where each structure in the camp used to be (e.g. hut, shed, etc.), a sample was taken at the center of the footprint and at three points along three different transects radiating out from the plot center.

Should I use the convex hull of each individual plot to interpolate values, or can I do a convex hull and interpolation of the entire camp (based on all sample points)?

I have included simple visual examples of these two options below. The scale is approximately 150m from one end of the camp to the other.

A camp with three plots and their respective convex hulls 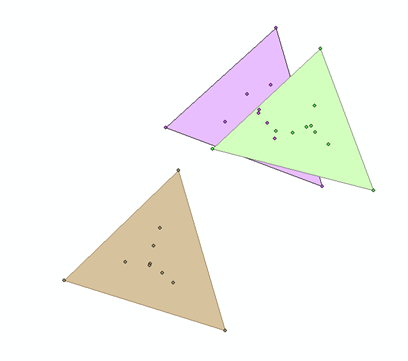 Plot-scale samples and interpolation (IDW) (only one plot shown) 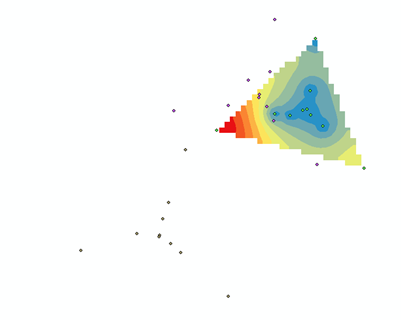 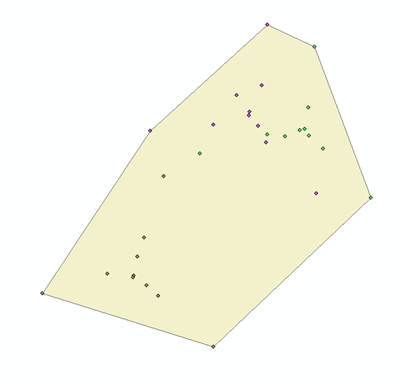 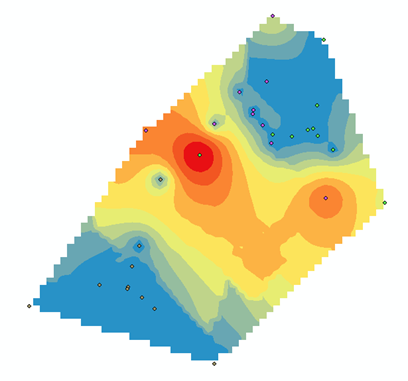 Note: the interpolated surfaces are not scaled to each other in these visuals.

4
Using kriging to extrapolate values outside of sampling polygon in ArcMap?