What is SOA (slope of aspect)?

I’m reading an article that the authors talk about extracting values of SOA (slope of aspect). I can’t find anything related to that on Google.

When they relate to SOA in the text they say: “SOA represents the rate of change of the aspect in the horizontal direction and is generally obtained by extracting the slopes from the aspect matrices of the DEMs. Mathematically, SOA is a derivative function of the aspect; therefore, the maximum value of the SOA is located at the dividing line between the inside and outside crater walls (that is, at the crater rim position). Therefore, the experiment needs to extract only the largest SOA values to identify the crater's rim position.”

Can anyone help me understanding that?

Here's a DEM of an idealised crater - perfectly circular, even slopes: 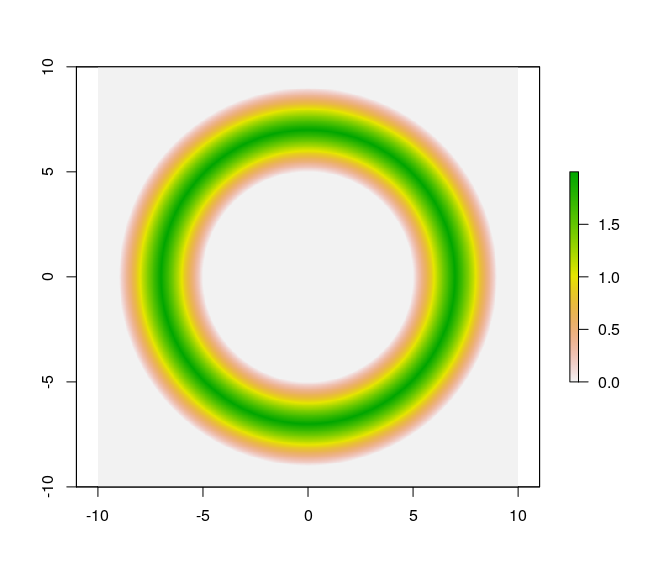 If you don't believe me, here's a hillshading of the DEM: 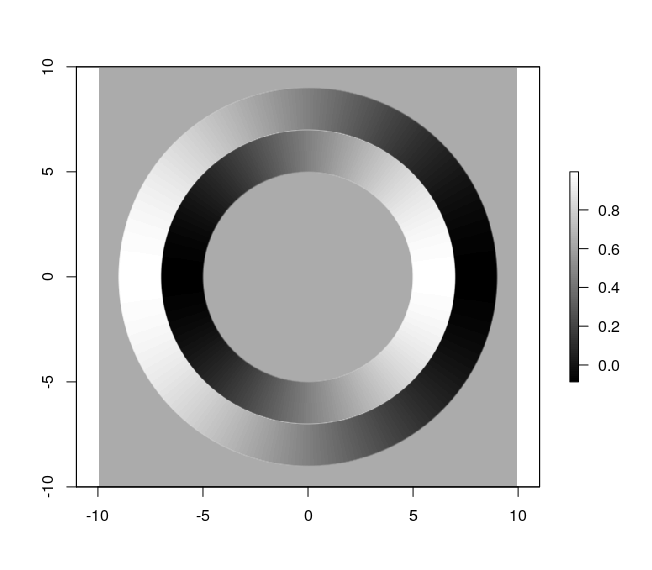 That is related closely to the aspect. Let's plot that: 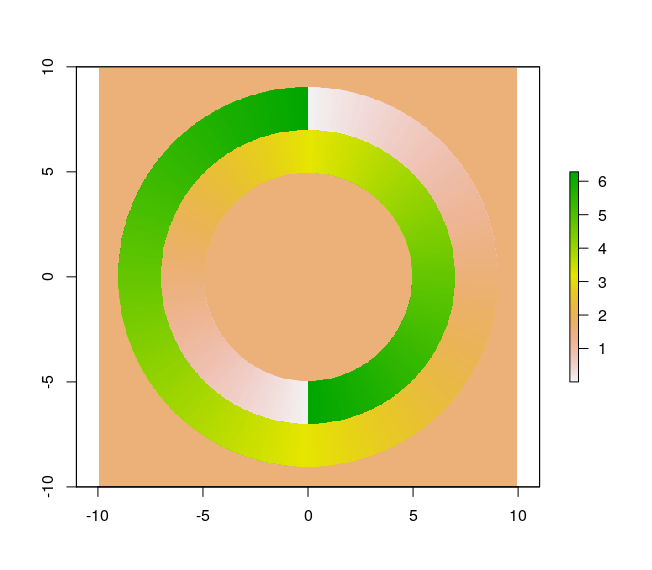 Now choose a point on that plot somewhere on the side of the crater away from the rim. There the aspect changes very little as you move either up and down or around the crater (as long as you don't go so far as to hit the rim or the bottom). Mathematically this is saying the rate of change of aspect with distance is small. Rates of change are "derivatives" and derivatives are "gradients" and gradients are "slopes" all by other names. So the "slope of the aspect" on the sides of the crater is small.

But stand on the crater rim for a second. Under one foot the aspect is, say 45 degrees north, and under your other foot its flipped to 225 degrees! A change of 180 degrees between your two feet! That's a much greater change than anywhere on the sides.

You can see this in a plot of the slope of the aspect. There's a high value along the crater rim and also high values at the inside and outside of the rim where the aspect goes to a flat surface. Aspect isn't well-defined for a flat surface so those areas can be ignored and your crater rim is then the line left. Note the other lines where the aspect flips from values like -180 to +180 - these can also be dealt with. But I hope this illustrates how the rate of change of the aspect (calling it "slope of aspect" is a bit confusing I think) finds the crater rim. 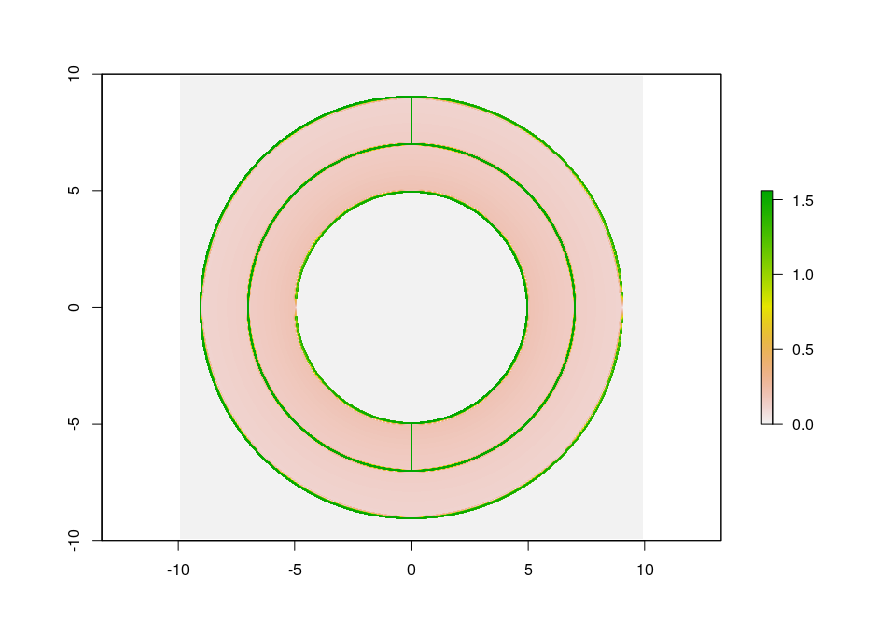 If you want to know how to compute this you should probably open another question specifying the GIS you are using. All my plots were made in R using the terrain and hillShade functions from the raster package.

Not the answer you're looking for? Browse other questions tagged dem slope aspect or ask your own question.