Following the StackOverflow guidance, I have reprojected raster layers into WGS84/UTM 36N using the Raster-> Warp -> Reproject tool. According to the Raster Properties, all the rasters are now in the same CRS; however, the coordinate system is different and the rasters do not overlap (even though "On The Fly Projection" is on). Here are two screenshots of the problematic rasters with the different coordinates: 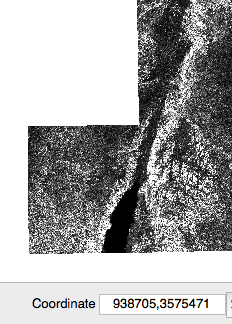 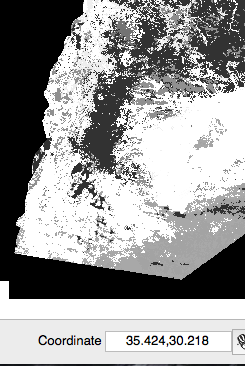 Based on comments from other threads, I understand that the units for the UTM projections is meters; however, the re-projection doesn't seem to properly changing the coordinate units. One remains in longitude/latitute while the other is in decimal degrees. Based on advice online, I have tried starting from scratch to ensure that the Map Project projection is correct, but nothing appears to work. Does anyone have any ideas? I am using QGIS 2.18.

Since your data is crossing two UTM zones 36N and 37N, and assuming you have two images, you have three options:

The choice is up to you whether you want to use UTM to follow the standard CRS or local CRS which is Jordan TM CRS.

Not the answer you're looking for? Browse other questions tagged qgis raster coordinate-system or ask your own question.

3
Mass reprojection of raster files in a loop [Linux]
1
Do I need to reproject a NAD83 raster (with no projection) before using it with a shapefile that has a specific NAD83 projection?
2
Coordinates not displaying in UTM
6
Why does the difference between two overlapping rasters exist?
2
On-the-fly reprojection to a "world" projection causes lat/lon raster to become invisible
1
modify raster metadata in qgis to change raster coordinates