I installed the Networks plugin in QGIS 3.4.7 successfully, but it does not appear in the Vector Tab.

Can anyone suggest another way to reverse the direction of a vector used in a network (graph)?

How to install and use a QGIS plugin

But seriously...The Networks plugin adds a new section to the Processing Toolbox: 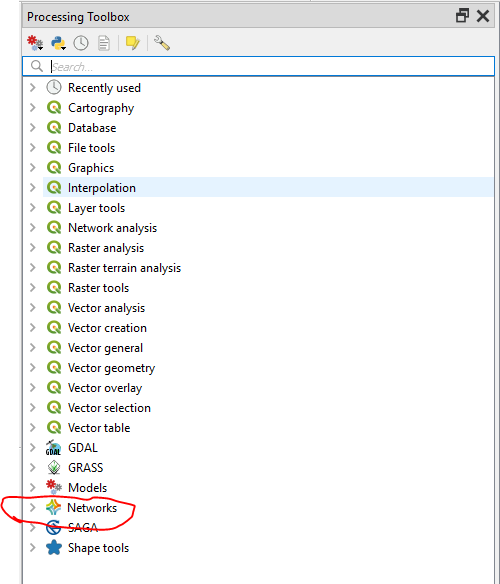 This is a weird place for a plugin interface. They really should mention that in the plugin description.

As shown in Answer 1 the Networks shortcut plugin really is in the Processing Toolbox, with many tools including Reverse Arcs. But the Reverse Arcs tool reverses the direction of the entire network.

On May 3, 2019 the Reverse Selection Geometries tool was included in this plugin. This new tool reverses selected arcs, saving changes into the same layer in edition. 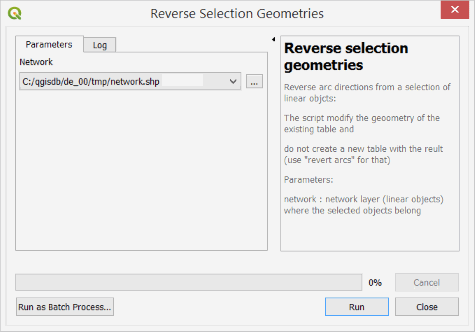 The Vector Direction Swap plugin seems to be a good alternative to reverse the direction of only the selected vectors. This plugin does not create a new layer or file, it edits the active layer itself. The shortcut for this plugin can be found in the Vector tab.

To reverse some network arcs: enable the layer, select the arcs of interest, click Reverse Direction of Geometry. Then save your changes and close the vector editing.

Not the answer you're looking for? Browse other questions tagged qgis-plugins network vector-layer graph or ask your own question.

2
Cannot add Plugins from Python: “Plugin is Broken”
4
Qgis OpenStreetMap plugin misbehaviour
3
QGIS 2.2 problem, loading layer into road graph
1
How to install QGIS 1.8 plugin QGIS2KML?
1
Plugin SWAP vector direction doesn't work in QGIS
3
Why is SAGA from the Processing Plugin not recognised?
2
Road Graph Plugin missing in Qgis 2.8.3
1
Opengeo plugin does not appear in QGIS
1
Packaging a QGIS Project with vector and raster data for use on QField